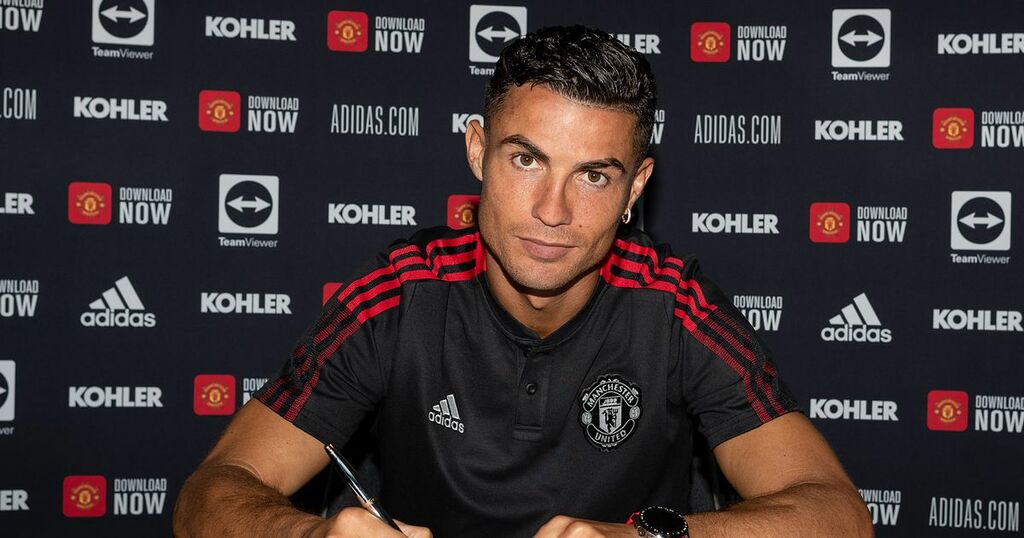 Manchester United had little hesitation in making Cristiano Ronaldo the top earner at the club to seal his return to Old Trafford last month.

It's been some 12 years since the Portuguese forward graced the corridors of the Theatre of Dreams, and in that time his superstar status has only continued to sky rocket.

And despite being 36, Ronaldo's financial power - even from just football alone - is showing no signs of wavering.

Initial reports claimed he had agreed to take a pay cut in order to seal his dream move back to United, but he is still taking home a similarly hefty wage packet to what he was banking whilst at Juventus.

United granted Ronaldo a two-year contract, with the option of a further year, worth in the region of £500,000 per week.

That puts him ahead of United's previous top earner, David de Gea, as well as the likes of Paul Pogba, Bruno Fernandes and Marcus Rashford, while also making him the Premier League's biggest earner.

Ronaldo's agent, Jorge Mendes, was active in the days leading up to the transfer deadline as he touted his client out for the equivalent of £26m per year - or around £2m per month.

At Juventus, Ronaldo was on around the same salary - though that deal was signed three years ago and pre-Covid, which makes his United deal even more impressive.

His commercial appeal does give United plenty of scope to reap the rewards of his signing away from the field, though.

In just over a week since he completed his return, United have reportedly banked a £13m commission from the mammoth record-breaking £187m sold.

That figure is effectively the transfer fee they paid to bring Ronaldo back to the club, with no doubt more sales to come.

Key to that was the Premier League allowing Ronaldo to reclaim his iconic No.7 shirt again, thanks also to a phone call with Edinson Cavani, who agreed to take the No.21 shirt instead.

United even managed to agree with Juventus to stagger the payment installments to structure it as five amounts of €3m.

Will Ronaldo win a trophy at United this season? Have your say below.

His presence at the club will also increase the likelihood of United attracting more sponsors to add to their ever-growing list of partnerships.

Ronaldo counts sportswear giants Nike, watchmakers Tag Heuer, Herbalife and Clear Haircare among his sponsors, while also possessing his own CR7 brand, which includes but isn't limited to investments in hotels and clothing.

In fact, it was United's own commercial power which helped them bring Ronaldo back to the club, as his signing was not originally part of their summer plans.

Having already shelled out a combined £115m for Jadon Sancho and Raphael Varane, United were able to structure a "very complex" deal for Ronaldo after consulting with their primary financial partners.

But Ronaldo has insisted he is not just here to make up the numbers and cash in on a big payday.

Asked if he felt United could win trophies this season, he replied: "This is why I am here. I am not here for a vacation.

"Before was good, winning important things and I wore the shirt before, many years ago, but I am here to win again.

"I am ready and I think I will be a huge thing in the next three or four years."