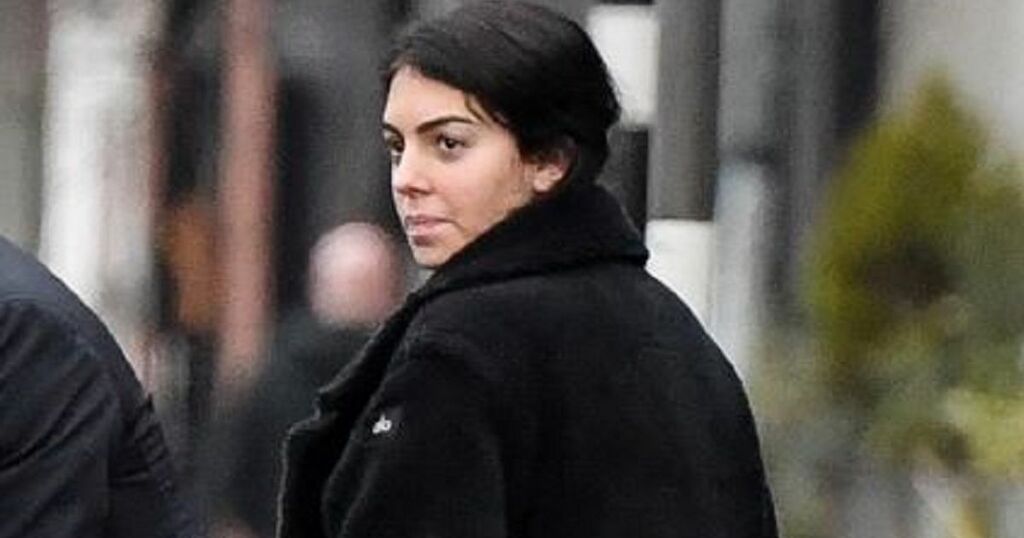 Cristiano Ronaldo's girlfriend Georgina Rodriguez turned heads as she rocked socks and sliders as she stopped for some lunch in Cheshire.

The glam Argentine model snuggled up in a cosy black coat for her outing.

And she also wrapped up warm in tights.

But despite the winter weather she wore pink pool sliders on her feet teamed with socks.

The 27-year-old beauty rocked the look as she went makeup free.

Georgina reportedly met the Manchester United footballer at a Gucci store in Madrid where she was working at the time,

In October the delighted couple announced that they were expecting twins.

Cristiano and Georgina said: "Delighted to announce we are expecting twins.

"Our hearts are full of love - we can’t wait to meet you."

Ronaldo has been settling back into life in Manchester with Georgina and his four children after his huge return to Old Trafford was sealed in September.

Cristiano, 36, has been in a relationship with his Spanish-Argentine model girlfriend Georgina, 27, for the past five years and in November 2017 they announced the arrival of their first child together, baby daughter Alana Martina.

Cristiano also has a son Cristiano Jnr, 11, and twins Eva and Mateo, four.

In December they shared the gender of their unborn twins - a boy and a girl.

Cristiano posted an adorable video of the gender reveal on Instagram in which his children popped balloons releasing pink and blue confetti.