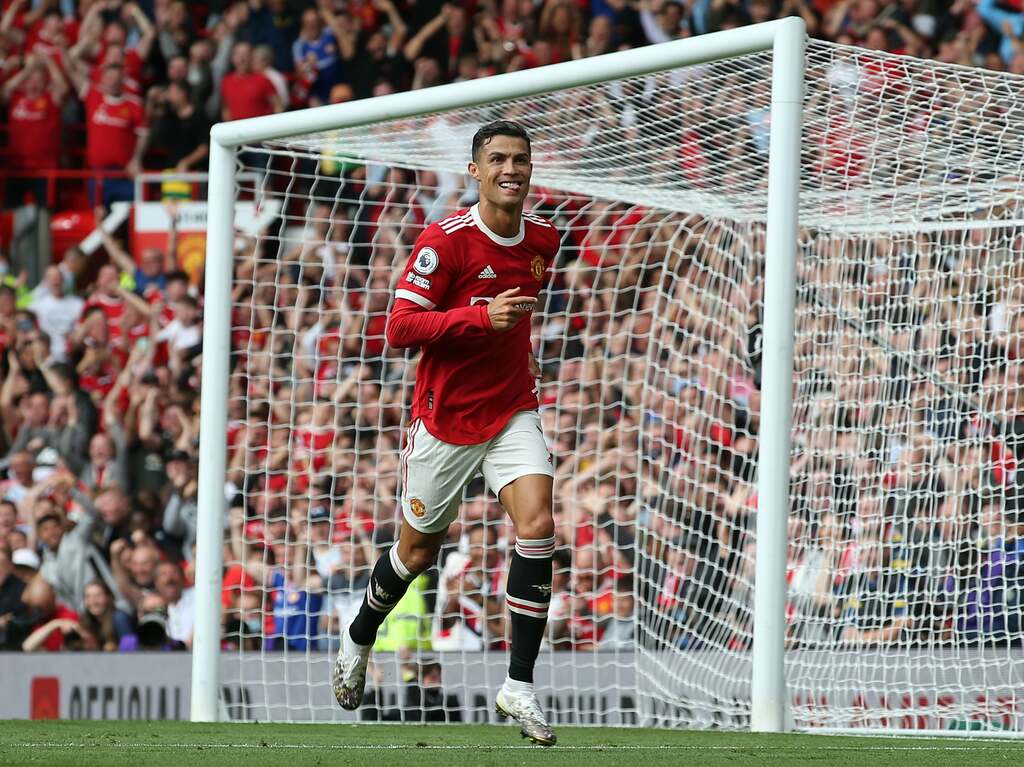 Emotions were running high as Manchester United welcomed Cristiano Ronaldo back to Old Trafford – and his first match appearance well and truly lit up the Theatre of Dreams.

In a surprise turn of events last month, the 36-year-old announced he would return to his former club, 12 years after his world-record move to Real Madrid.

Fans were delighted when manager Ole Gunnar Solskjaer confirmed Ronaldo would start against Newcastle on Saturday, and it’s safe to say he lived up to the hype.

Scoring two goals in his big comeback, leading to a 4-1 victory against the Magpies, the 76,000 fans at the match were lapping up the electric atmosphere as Ronaldo’s goal-scoring prowess reminded them of the good old days.

While it was a moving day for the fans, one person in the crowd was particularly emotional about the footballer’s big return to Manchester.

Ronaldo’s Mum behind me after him scoring, my heart cannot cope ❤️🇾🇪 pic.twitter.com/klzl3Ysafm

Ronaldo’s 66-year-old mother Dolores was spotted in the stands. She has followed her son’s sporting career across the world, including his six years with the Red Devils, and appears to share the same love and appreciation for the club as her son.

Beaming with pride, Dolores was overcome with emotion as she was seen crying tears of joy in reaction to her son scoring during his second debut for the club.

Man United supporter Ambo (@Ambo_91) shared a photo of Dolores and tweeted: “Ronaldo’s Mum behind me after him scoring, my heart cannot cope.”

People loved seeing Ronaldo’s mum getting into the football spirit, with Ambo’s tweet receiving nearly 54,000 likes. Fans also commented on the strong bond between the mother and son.

Oh bless her! She knows how much love her son has for this club. It was written in the stars for him to come home ❤

She's emotional watching how much the crowd in Old Trafford loves him.

Imagine being the mother of the greatest footballer ever. Proud is not even the word.

Imagine getting this emotional after your sons 1 millionth goal. Easy to see who drives him on. Lovely pic.

That's the whole week made ❤

How amazing is that. All the goals ronaldo has scored, his mum still gets emotional when he scores. Amazing. For me, that’s where he gets his desire and dedication from ! ❤️ https://t.co/yxSVMU3cib

This has given me all the feels https://t.co/twKKMSlICQ

The team now face Young Boys in the Champions League on Tuesday and after his performance against Newcastle, fans will definitely want to see more goals from the striker.