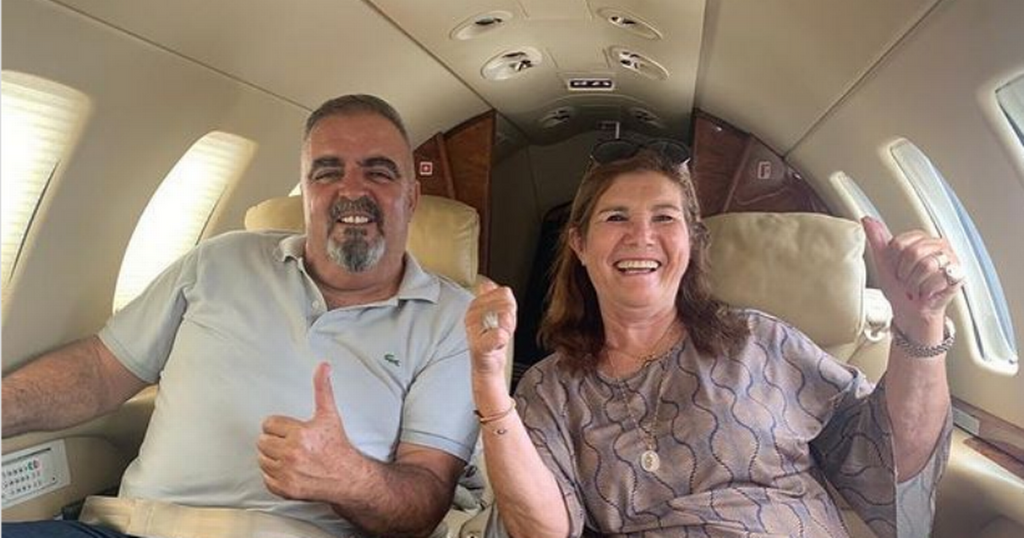 Cristiano Ronaldo's mother is on her way to Manchester to watch her son potentially make his second Manchester United debut.

Ronaldo returned from the international break with Portugal earlier than anticipated and he's trained at Carrington since Tuesday.

Although there were fears that Ronaldo might be forced out of contention of United's game against Newcastle on Saturday due to quarantine rules, the five-time Ballon d'Or winner linked up with his new teammates this week and he's ready for selection.

That means Ronaldo could make his second United debut this weekend, which would be 18 years after his initial United debut.

Ronaldo's mum, Maria Dolores, is seemingly keen not to miss her son's homecoming in front of a full capacity Old Trafford.

Dolores shared a photo of herself flying to Manchester with a wide grin etched across her face.

"On the way to Manchester, kisses everyone," she wrote.

"I say, 'Listen, I don't have a father anymore. I don't want to lose my mum, too, so you're not going to watch the quarter-finals, semi-finals, or finals. She gets so nervous, I don't understand why. She is not allowed now to watch big games."