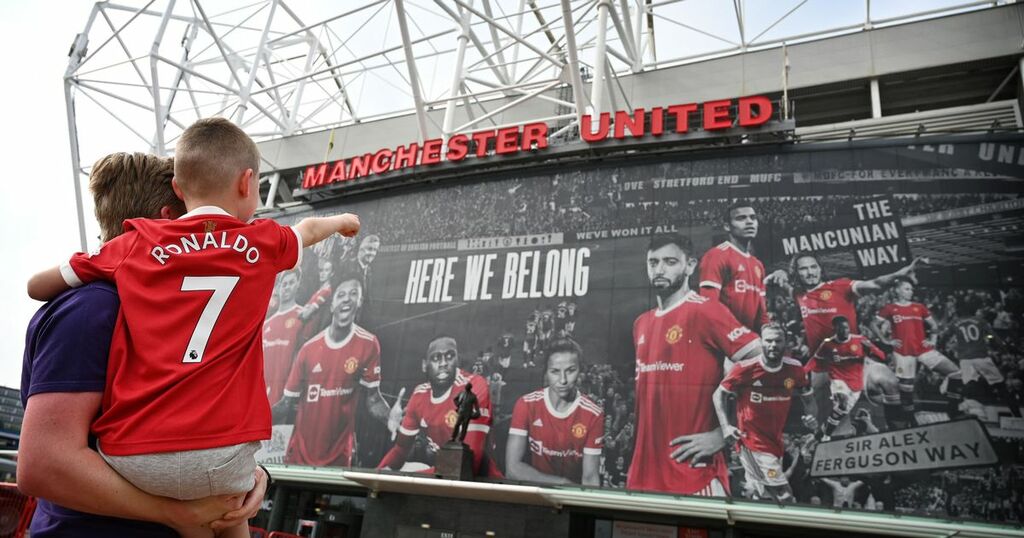 Fans are eagerly awaiting Cristiano Ronaldo's second Manchester United debut, which is likely to come against Newcastle on Saturday - but many will be left unhappy.

When the selections were made for the opening rounds of Premier League fixtures for TV coverage, United 's hosting of Steve Bruce's side was overlooked.

As such, those wanting to watch Ronaldo 's debut live in the UK are set for disappointment as, legally, the only way to do so is to be at Old Trafford.

A large amount of fans will likely turn to the internet to find coverage via illegal streaming, with the game being broadcast outside the UK - and the use of a VPN is increasing in popularity.

Regular users of the internet, particularly those who watch YouTube, will have become accustomed to VPNs and their merits - providing the ability to hide sensitive and personal data from internet providers, who sell an IP addresses' digital footprint to advertisers.

Another major use of a VPN is to provide access to content not available in your home country which, for those in the UK, applies to non-televised fixtures in the Premier League. This isn't just limited to sports, however, as there are often discussions around accessing the 'full catalogue' of streaming platforms like Netflix, which has different rights to titles in different territories.

Streaming live sports action, or accessing content not available in your location, is seen by many to be a victimless crime but that's not exactly the case, as football finance expert Kieran Maguire explained.

“The broadcasters will be losing out one some money and that money flows through the eco-sphere of football and it’s not just the Premier League who are losing out, it will be the club who are in receipt of solidarity payments in the EFL as well," he told MEN Sport.

"The whole of football as an industry does lose out, trying to quantify is difficult because it tends to be younger people, who have less money to spend, who are more likely to be technologically savvy, who therefore are going to be taking this alternative. Every loss of subscription to Sky is costing them a few hundred pounds a year and the Premier League gets a proportion of that.”

Increased coverage in the UK doesn't necessarily lead to less illegal streaming though, with the opposite in fact being the case.

Through a blocking order from the High Court, the Premier League are making it increasingly difficult to watch illegal content and enhancements to the order last season helped to block or remove 600,000 streams - almost double the figure from the 2019/20 season.

During the 2020 lockdown, when all Premier League games were televised in the UK, piracy of England's top-tier increased - with two million people admitting to illegally streaming a match.

That is part of a significant problem that is facing rights holders, with Forbes reporting that as many as 5.8 million Brits admitted to illegally watching a film, TV show or sporting event during 2020.

The Premier League is active in trying to combat piracy and illegal streams but, unfortunately, it remains a by-product of having a global brand.

Maguire added: “It’s the same as counterfeit products. If you have a global brand, it doesn’t matter if you're Gucci or Prada, Tag watches or the Premier League, there’s going to be people who try to make money off the back of you by not paying the rights, so one of the ways of achieving this is through illegal streams. It can’t be condoned but it happens and it has to be seen, unfortunately, as a by-product of being successful.”

Quantifying a specific value for how much each team loses each match through streaming is difficult to nail down, with the real danger being that the demand for rights drops as providers start to wonder why they fork out millions every year for a product that many are accessing for free.

What is clear is that the Premier League will not hesitate to take action and pursue legal content for those involved in illegal streaming services and that isn't restricted to supply of content as simply watching a stream is a matter treated very seriously by the courts.

In July, Mr Paul Faulkner was jailed for 16 months after pleading guilty to multiple copyright and fraud offences, including accessing pirate content for his own use. The judge recognised that Faulkner’s use of the unauthorised service was a distinct crime in itself. This was reflected in him receiving a separate sentence of four months’ imprisonment for using the service.

The Manchester Evening News for Saturday 11th September featuring the Viva Ronaldo supplement is available to order on the shop via the link here.