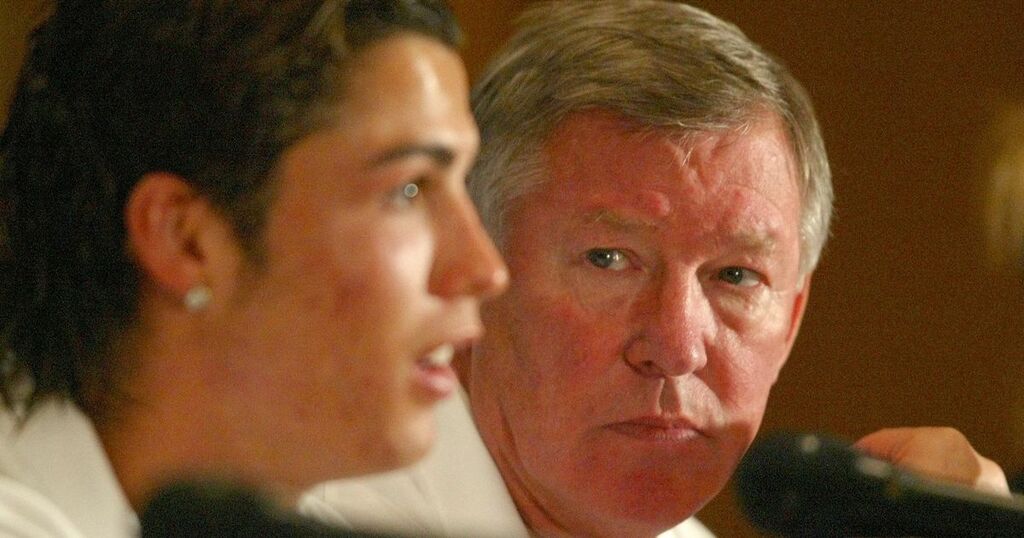 Cristiano Ronaldo was on the receiving end of Sir Alex Ferguson's famous hairdryer treatment after making his Champions League debut for Manchester United back in 2003.

Ronaldo, 36, is the top scorer in the competition's history with an astonishing 134 goals, but his first Red Devils appearance on the continent was one to forget.

United suffered a 2-1 upset at the hands of Stuttgart after conceding two goals in two minutes, with Ruud van Nistelrooy's penalty only serving as a late consolation.

Ferguson took aim at his players after the match in no uncertain terms, criticising their defending and lack of patience.

"We defended terribly for the two goals and if you defend badly in games of this nature you deserve everything that happens to you," said the legendary Scot.

"From a position of control we surrendered within minutes, and allowed Stuttgart to become strong."

Ferguson added: "We committed ourselves to winning balls we shouldn't have been winning, all we needed to do was drop off to the edge of the box and be patient."

Ronaldo was one of the better performers on the night and won the penalty for Van Nistelrooy which gave United late but futile hope.

There was some controversy surrounding the incident, however, with Stuttgart boss Felix Magath insisting the Portuguese's theatrics did not warrant a spot kick.

"I think the actions of our goalkeeper were absolutely correct," said Magath after Timo Hildebrand was punished for tripping Ronaldo. "He was going for the ball and he used his hands so there was no reason to give a penalty."

Can Cristiano Ronaldo fire Manchester United to another Champions League title? Comment below.

United's evening could have gone from bad to worse but for the performance of their own shot-stopper, Tim Howard, who denied Fernando Meira's penalty in the closing stages.

"We maybe had a bit of fortune with the save from Tim Howard because that goal might mean something to us when Stuttgart come to Old Trafford," said Ferguson.

United won all five of their other group-stage games in the 2003/04 season before crashing out of the Champions League at the last-16 stage to Jose Mourinho's Porto, who would go on to win the competition.

Ronaldo did not find the back of the net during his debut continental campaign for United, but he left the club in 2009 with 16 Champions League goals to his name.

His most-fruitful season for the Red Devils in European competition was their triumphant 2007/08 term, during which he scored eight goals including the opener in the final in Moscow.

Ronaldo won a further four Champions Leagues with Real Madrid and will hope to inspire United to another title after returning to the club.