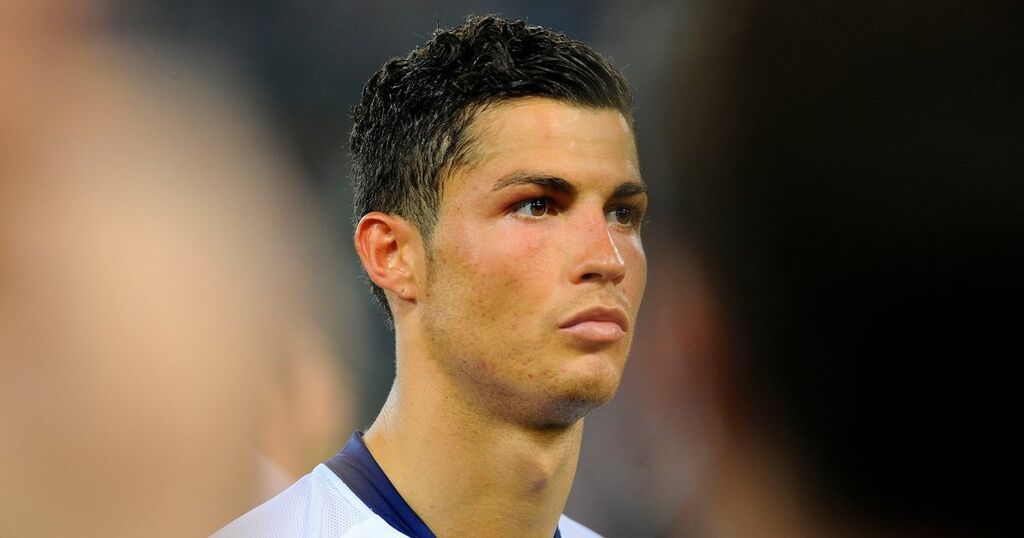 'Champions League final may settle Ronaldo-Messi debate' was the headline from the New York Times.

The article was dated May 26, 2009 and the following day Cristiano Ronaldo and Lionel Messi were to go head-to-head in Rome, in what was a meeting between Manchester United and Barcelona to decide that season's winners of the Champions League.

But in the eyes of football fans from Altrincham to Argentina, and Newton Heath to New York, it had already taken on a greater meaning.

"Manchester United have quality everywhere," said Messi in an interview with the Daily Mail before the match, before he said the line in the same manner Bart Simpson did to a cheering classroom.

"So many good players. But if I had to pick one out it would be Ronaldo.

"He is a player I would pay to watch.

"He and I are very different players but he is unbelievable, very special, and it will not be easy to stop him."

Another man who thought it would not be easy for Barcelona to stop Ronaldo was Ronaldo himself, but Messi also got a mention in his pre-match declarations, with much of the focus on whether or not he'd soon be joining him in La Liga.

"But I feel well in England in the Premier League, it is the strongest league. Barcelona have a great team which deserves respect but I believe we are better than them and we will show it.

"I respect Barcelona profoundly. Messi is playing marvellously well. I want to be sincere. I have to play well for the team and the supporters. I look forward to it and I think it will be really special.

"I don't care about the Ballon D'or. What I want more is to win the Champions League. That's it. I just want to be the first team in history to win it twice [in a row]."

And, back then at least, you believed him.

By now we were a year on from that incredible, 42-goal 2007-08 season which really established Ronaldo as the absolute real deal, and although 2008-09 hadn't been quite as impressive he still arrived in Rome looking every inch to be a man at the peak of his powers.

Sir Alex Ferguson, looking for his second Champions League title in two years and third overall, clearly agreed and saw Ronaldo as his route to glory.

It was to be a policy of all-out attack in the Italian capital, with the Portuguese through the middle and Wayne Rooney on the left. Michael Carrick was the only recognised sitting midfielder with a defensive understanding.

In Jamie Carragher's book The Greatest Games, Rooney recalls : "When we got to the final in 2009, he (Ferguson) said: 'We are Manchester United and we are not going into the Champions League final to sit back all game. We are going to attack them and do it the right way.'

"We were all sitting there in the team meeting thinking: 'Oh f***.'

"Sir Alex went through their side, saying ‘let’s go at them'.

Barca may have had pace, but United had Ronaldo, and - seemingly driven on by the presence of the little Argentinean on the opposing side - the Portuguese exploded into the action.

He tried three attempts from distance in the opening exchanges, but all to no avail.

And then when Barca broke up the other end to take the lead through Samuel Eto'o, a long night began for the Premier League champions.

Clearly angered by the goal, Ronaldo took to trying to wipe out the deficit largely by himself, he would often look to dribble past opponents instead of looking for teammates, and a disjointed display took hold.

As more frustration was abound in the second half, all that would have capped a bitterly disappointing evening for Ronaldo was a Messi goal, which duly arrived via his head in the 70th minute. Eight minutes later, Ronaldo was in the book for a shove on Carles Puyol.

At full-time, there was regret, despair and a happy Barcelona No.10.

"The boss [Ferguson not Ronaldo] was understandably angry and had a go at everyone," wrote Carrick in his 2019 autobiography.

“'You need to have a look at yourselves and see if you can play at this level,' he said. Moscow [in 2008] was irrelevant.

"We were Manchester United and the expectation was relentless."

You sense that was doubly true of Ronaldo, who surely at this point knew that there was a good chance that he would soon be joining Messi in La Liga. This was his chance to lay down a marker ahead of his new life.

“I do not like the word revenge, but it’s true that on that night, I had envisioned winning back-to-back Champions League titles and it hurts to lose, even though I wasn’t thinking whether or not that would’ve been my last game for United," he would go on to insist after his Madrid unveiling a couple of months later.

"That night I did not think about my future. I only wanted to win. How I wish I can erase that memory.

"But now, I am fully aware that the 2010 final is at the Bernabeu. I want to win that title with Madrid and do it in this beautiful stadium.

"To win the Champions League at the Bernabeu would be very special and I have a feeling we can achieve it."

That would have to wait of course, and it wouldn't be at the Bernabeu, but the rivalry that really took hold on that Rome night would go to dominate so much of the football discourse for years, right up to this summer when both have moved clubs.

For Ronaldo, his move is a return to familiar territory.

He might just do so with memories of 2009 still lingering.