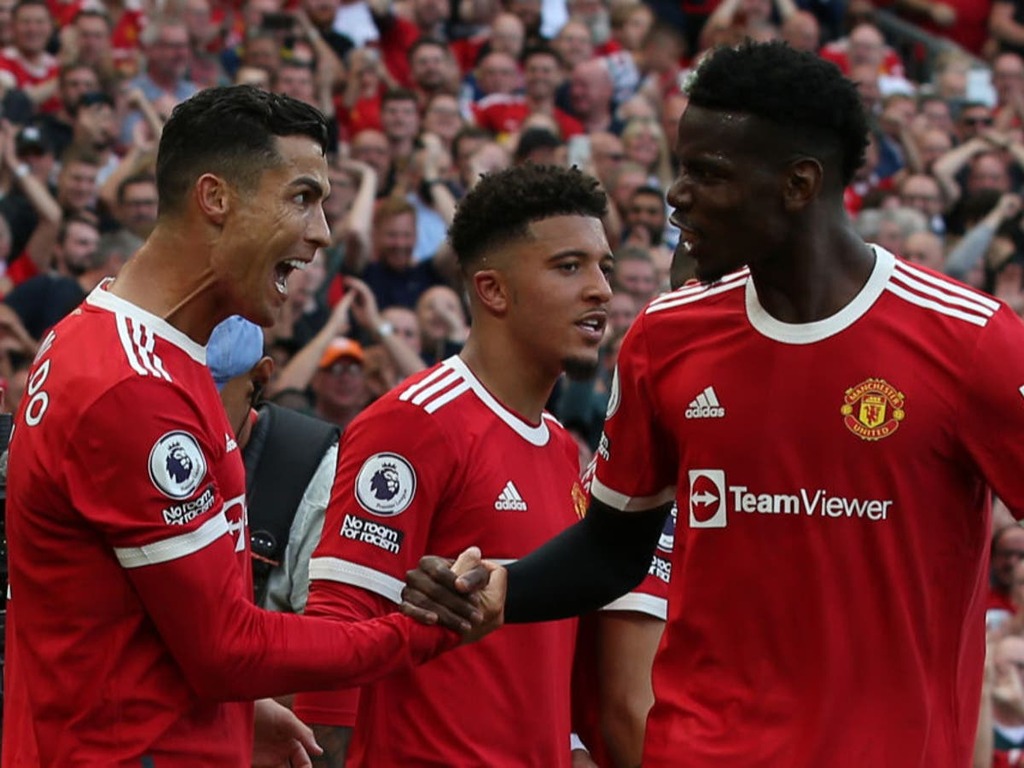 You know the word for it: inevitable. There was no doubt it would come, and when Cristiano Ronaldo scored twice on his second Manchester United debut, Newcastle were toast.

That was further confirmed by Bruno Fernandes’ top-corner curler, even if that brilliance will be reduced to a sidebar, as well as Jesse Lingard’s late joy.

The story of this encounter will naturally circle around the return of the No 7; Old Trafford treated to his decisive edge, the hosts profiting from his anticipation and surety in front of the sticks.

United’s entire season may become coloured by this narrative as their headline-spinner masks some heavy deficiencies.

Given Saturday’s winning scoreline and the intoxication of the Cristiano Is Back! tale, there will be little appetite to discuss United’s issues that better quality teams will expose to greater effect.

Ole Gunnar Solskjaer’s men did not play well in the first half. They were repeatedly undone in transition, chiefly via Miguel Almiron and Allan Saint-Maximin, with Newcastle creating much on the counter but missing a decisive edge.

The midfield was overrun on loop, emphasising why an elite anchor should have been a priority in the window. The passage leading to Javier Manquillo’s goal flashed that fact in lights.

United’s offensive approach was predictable and the decision to spend £73m on Jadon Sancho to cure their lack of threat from the right, only to field him on the opposite flank, is a massive head scratcher.

The team’s technical and progressive players are already stacked on that side of the pitch. Luke Shaw advances the ball there and Sancho ends up dribbling into bodies given the opposition focus on shutting down that flank more.

On the right was an avalanche of space, which Aaron Wan-Bissaka didn’t maximise, and it was a struggle to get Mason Greenwood properly into the game even though it was his deflected shot that Cristiano converted for the opener.

The 19-year-old is a finisher rather than a player that was to progress the ball. The Greenwood-Wan-Bissaka combination isn’t ideal, while Sancho is getting wasted on the left.

Switching the attacking pair would offer United improved balance and they’d both get the ball more regularly in the situations they want it.

But, back to the Cristiano show. He will score. And it will be loads. If United stay tuned to just what he offers and ignore obvious flaws, they face the hazard of falling short again.