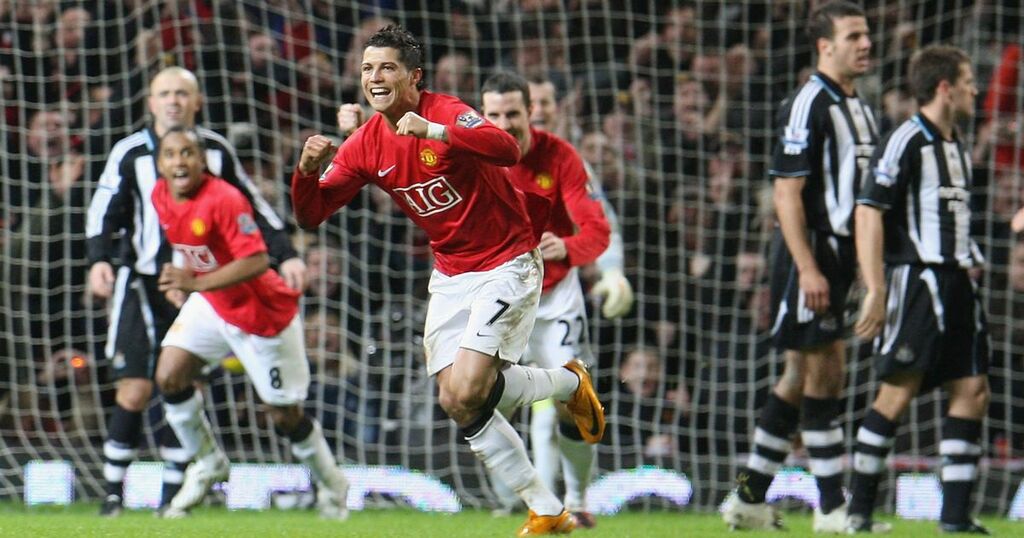 Cristiano Ronaldo could be just days away from his exceptional homecoming as Manchester United face Newcastle at Old Trafford on Saturday.

The Portuguese star re-signed for United in a deal worth £25million from Juventus on Deadline Day, and returned to Old Trafford earlier than expected after receiving a suspension whilst away on international duty.

The 36-year-old has signed a two-year deal with the Red Devils and will hoping to bring back title success, after a nine year absence in the red half of Manchester.

Ahead of Ronaldo's anticipated debut, Mirror Football takes a look at the stars incredible record against Newcastle, and what to expect on his debut...

Unbeaten against the Magpies

Saturday's homecoming will likely result in three points, as Ronaldo never lost against Newcastle during his first six years at United between 2003-2009.

Ronaldo has faced the Magpies 11 times during his career, winning 10 and drawing the other 2-2 on New Years Day in 2007.

The Portuguese star always had an impact against Newcastle, which is further highlighted by the fact that the two games that Ronaldo wasn't able to feature against the Geordie side due to injury/suspension, ended level.

Newcastle sit on just one point following their draw with Southampton before the international break, and former United legend turned Magpies boss Steve Bruce claimed he is "ready for Ronaldo" ahead of their trip to Old Trafford.

However, with eight goals conceded in their first three games of the Premier League season, Ronaldo will be licking his lips at the prospect of running at a leaky defence on his second debut.

Will Cristiano Ronaldo score on his second Manchester United debut? Comment below

During his first spell with United, Ronaldo scored six goals and also registered five assists against Newcastle as he regularly ran the show at Old Trafford and St James' Park.

Although featuring on the winning side on almost every occasion, it took a while for the goals to flow against Newcastle for Ronaldo, but the Portuguese star did record his only ever United hat-trick against the Magpies.

Ronaldo collected the match ball during a 6-0 thrashing against Newcastle at Old Trafford, who fell apart in the second half, with the game goalless heading into the half-time interval.

The five-time Ballon D'or winner also netted a brace during the reverse fixture that season, as Ronaldo terrorised Newcastle during the 2007/08 campaign, and United went on to become title winners that year.

Impact made on his first debut

Ronaldo's first debut was in 2003, as a then young, skinny 18-year-old was introduced on the hour mark against Bolton Wanderers at home, and the rest was history.

United were leading 1-0 thanks to a Ryan Giggs free kick, but Sir Alex Ferguson was frustrated with his sides performance, and Ronaldo was introduced after signing for £12.25m just four days prior.

Ronaldo entered the field with the famous no.7 imprinted on his back, and gave Bolton full-back Nicky Hunt a torrid time for the final 30 minutes, as United scored three goals following the young Portuguese star's introduction, and the game ended 4-0.

The 18-year-old won a penalty that Van Nistelrooy ended up missing, created multiple chances for the Dutchman and was involved in Giggs' second goal, leaving the field as United's "new hero" according to Ferguson.

The legendary United boss added: "I thought the pace was too slow in the first half and I knew Cristiano would add penetration. We have to be careful with the boy. You must remember he is only 18. We are going to have to gauge when we use him."

Since making his Premier League debut, Ronaldo went onto win the Ballon D'or five times, win five Champions Leagues, and seven league titles during his time with United, Real Madrid and Juventus, and returns after sedimenting himself as one of the all-time greats.