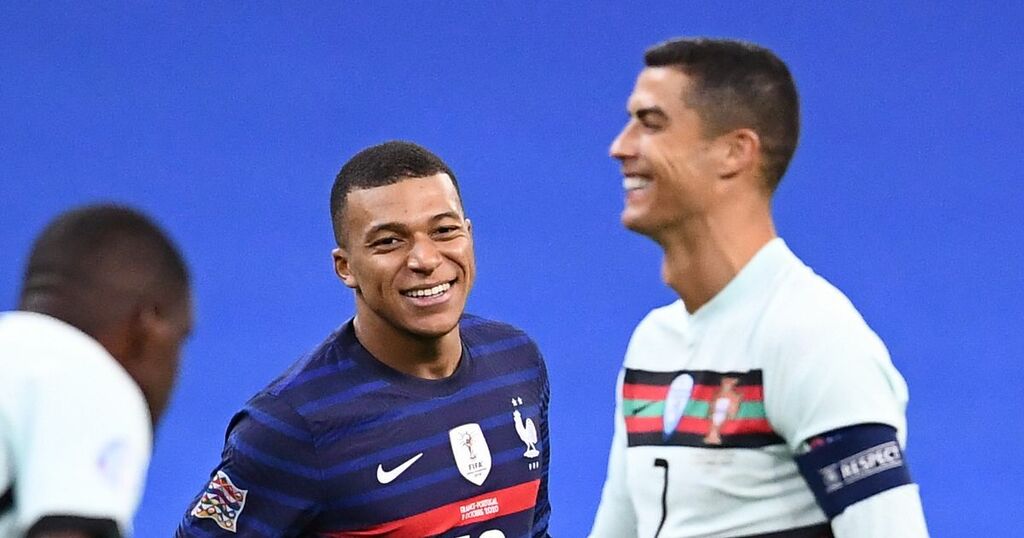 Cristiano Ronaldo has already given a dismissive take on status of the Erling Haaland versus Kylian Mbappe battle.

Along with Lionel Messi, the Manchester United No.7 has shared the stage at the top of the footballing echelons for more than a decade.

But due to the pair being 34 and 36 years of age respectively, fans and pundits alike believe a new war of the greats is on the horizon, with Haaland and Mbappe primed to take over the mantle.

The latter already has a World Cup and four Ligue 1 titles with Monaco and Paris Saint-Germain to his name, while the Borussia Dortmund striker has hit 65 goals in 65 games for the German giants to stake his claim as the next big thing.

But Ronaldo reckons the prolific pair will have to wait a little longer as his and Messi's era of dominance threatens prolong into the 2020s.

When BT Sport aired a programme focussing on Mbappe and Haaland, dubbing them the future of football, Ronaldo responded by messaging pundit and former team-mate Rio Ferdinand.

"It’s not over," wrote the five-time Ballon d'Or winner, as reported by The Independent.

The outlet adds that Messi's move to Paris Saint-Germain "100 per cent" influenced Ronaldo leaving Juventus, and he "had to act" as their battle for an outright victor between the duo rages on.

Is the era of Messi and Ronaldo being the two best players on the planet over? Give us your verdict here.

"It’s more about themselves," Ferdinand explained in an interview with the outlet. "I don’t think they care about Mbappe and Haaland. They’re more interested in their own legacies, continuing their success.

"They were at clubs who had very little chance of winning the Champions League in Juventus and Barcelona, in the situations they were in. They’ve both joined clubs now with definite potential to actually challenge in Manchester United and Paris Saint-Germain."

Ronaldo is known as the Champions League's greatest ever player thanks to his goalscoring record and five winner's medals.

But Mbappe, alongside Messi and Neymar at PSG, is chasing the trophy this time and Haaland boasts an incredible 20 goals in 14 games for Dortmund in the competition and former employers Red Bull Salzburg.

The Portugal captain insists his new United team-mates can themselves challenge for elite-level titles, though, but will need to improve an element of their game after failing to win the European Cup since 2008 when Ronaldo scored and picked up his first continental crown in their victory over Chelsea via penalties.

He said following his two-goal Old Trafford homecoming on Saturday as the Red Devils beat Newcastle 4-1: "As I told you before, we have huge potential.

"We have fantastic players, a good coach, a good team. We need to build up the mentality to win the Premier League and even the Champions League," he told MUTV.