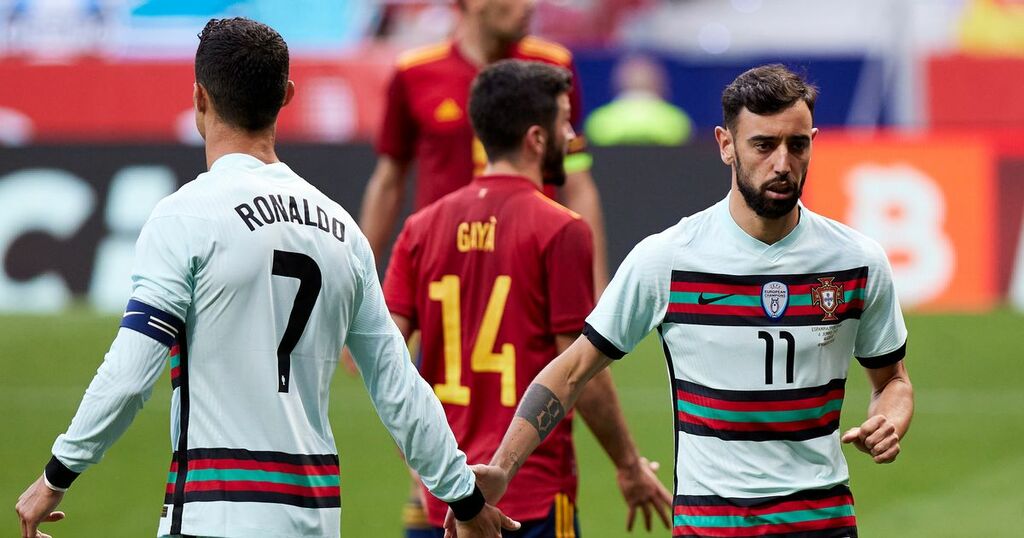 It would be something of an understatement to describe Manchester United's capture of Cristiano Ronaldo as a 'marquee signing'.

The 36-year-old has penned a two-year deal at Old Trafford with the option of a further year, and much of discourse around his arrival has focused on the short-term benefits the club will reap.

United were expected to win silverware even before the addition of the Portuguese forward, though expectations have been amended and now fans are beginning to dream of a title tilt.

But I think the biggest benefits of the Ronaldo transfer will be seen for years to come.

There's no doubt that having one of the biggest names in world football in your side inspires up-and-coming players to want to play for your team in the future.

One of United’s current players is testament to the influence Ronaldo has already had on a younger generation of players than himself.

Bruno Fernandes has made no secret of his admiration for his countryman, having taken to Instagram to post a cartoon image of a young fan watching Ronaldo during his first spell at Old Trafford.

Fernandes has previously said of Ronaldo: "Growing up, everyone knows Cristiano [Ronaldo] was my favourite player.

"When Cristiano began to take his first steps in the national team, it was in the Euros in our home country [Euro 2004], so I was nine years old. That year stays with everyone because we lost the final in Portugal, we saw him crying after the final, he was a young boy who was starting to shine and from there I started to watch him.”

He went on to explain in the same interview how Ronaldo had inspired both his mentality towards the game and his approach to playing and training.

Former United winger Memphis Depay also had the same mindset when he joined the club, even going so far as to request the number seven shirt when arriving at Old Trafford.

Every young, aspiring footballer wants to be like Ronaldo and that can only be a positive for United moving forward. It's a string to the bow of any club's set-up to say they trained one of the best players in the world, especially when they had a huge hand in helping him to become the player we see today.

We often forget that footballers are just normal human beings who used to hang pictures of their idols on their bedroom walls like we used to do. Another example of a footballing icon influencing a player's choice of club was seen earlier this summer, with Eduardo Camavinga understood to have chosen to join Real Madrid because of Zinedine Zidane.

Ronaldo’s career at Real also inspired Kylian Mbappe to want to move to the La Liga giants this summer before the switch was scuppered by his current club Paris Saint-Germain.

United have struggled to challenge for silverware since the departure of Sir Alex Ferguson and, despite still being a massive global brand, their appeal as a club has undoubtedly suffered.

Teams like Manchester City and Liverpool have continued to grow while United have been at constant risk of falling by the wayside, but the signing of Ronaldo completely ends that worry.

Ronaldo’s name and brand bring so much to any team he joins. He will revitalise the image of United in the eyes of the young talent of tomorrow and maybe inspire them to join United’s prospering academy later in their careers.

Winning silverware this season is the priority of United, Ole Gunnar Solskjaer and Ronaldo, but the next chapter in his legacy at Old Trafford is a benefit that can’t be overlooked.

Do you think United have a chance of winning the title with Ronaldo? Follow our new United Fan Brands Writer Casey Evans on Twitter to get involved in the discussion and give us your thoughts in the comment section below.