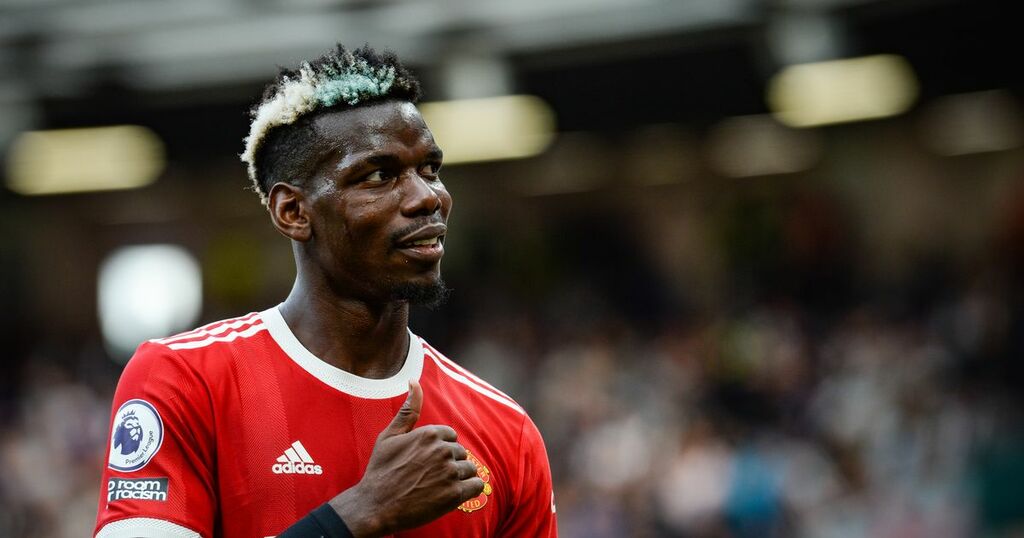 There were plenty of positives for Manchester United to take from their win against Newcastle United on Saturday - and not all of them revolved around the return of Cristiano Ronaldo.

The 4-1 victory over Steve Bruce's side sent United to the top of the Premier League table, with fine goals from Bruno Fernandes and Jesse Lingard only slightly overshadowed by a brace from a certain Portuguese superstar.

Ronaldo's second debut for the club will obviously hog the back pages, though one player who also enjoyed a stellar afternoon was Paul Pogba.

28-year-old Pogba may not have had his name being belted out by the United faithful, but that's not to say his performance in the middle of the park was any less integral to United's win than Ronaldo's efforts up top.

After the recent 1-0 win over Wolverhampton Wanderers, Ole Gunnar Solskjaer was criticised for not playing the Frenchman on the left of the front three, instead opting to deploy him as a number eight where he struggled to impact proceedings.

Pogba may have failed to grasp his opportunity in central midfield at Molineux, but he more than made up for it against the Magpies on Saturday.

He managed to bag himself another two assists, taking his tally for the season to seven in just four Premier League games. The figure is the highest recorded by any player in the first four games of a Premier League season.

His first assist on Saturday saw him pick out the unmarked Fernandes who'd drifted into a pocket of space in front of the Newcastle backline. United's number 18 then produced the kind of quality we've come to expect from him since his move to Old Trafford, taking a couple of touches before rifling the ball into the top corner.

Pogba's second assist of the afternoon allowed Lingard to notch his first goal of the season, with the Frenchman producing the kind of move that would be more at home on a West End stage as he pirouetted away from Miguel Almiron before Lingard curled the ball beyond Freddie Woodman.

However, it wasn't just the assists that were brilliant about his performance.

In the match, he had an impressive 125 touches of the ball - more than any other player on the pitch - coupled with a 92% pass success rate and the most passes into the final third (23).

United need Pogba to be playing at his best if they're to mount a genuine title challenge.

If he continues to play as he has done in United's first few games of the season, Solskjaer's team will be right in the mix. Arguably, his current role in the side suits him perfectly and has a lot of similarities to the role he played at Juventus.

During his time with Juve, Pogba produced his best football when he had high-profile players around him who stole the headlines. Given the freedom to express himself, the Frenchman looks a totally different player compared to the one who can at times look as though he's carrying the weight of the world on his shoulders.

A prime example of this can be seen whenever he joins up with his national side. With so many sensational players around him, the spotlight isn't always on Pogba and his teammates aren't constantly looking to him to produce the goods.

Before the respective arrivals of Fernandes and Ronaldo, Pogba looked lost.

Saturday's triumph over Newcastle was yet further confirmation that Pogba is producing his best football in a United shirt. There was always the belief that if the club could sign a couple of world-class players then they'd finally unlock Pogba's true potential, and that's proving to be the case.

But, there is still some uncertainty over his future as he still hasn't signed a new contract. Pogba has one year remaining on his current deal and has so far given no indication that he's going to pen fresh terms in the near future.

When Solskjaer was asked about Pogba's future recently he refused to disclose too much information.

“Well, that's negotiations with Paul’s representatives and the club,” Solskjaer responded when quizzed on the matter. “For me and Paul we work together every day here and we keep on trying to improve, improve the team and to enjoy ourselves.”

Ronaldo proved on Saturday that he'll be a huge asset for United on the field, though his influence will also help United off the field and his arrival may convince Pogba to sign a new deal.

If that proves to be the case, you can forget all the eye-watering shirt sale figures being bandied about - signing Ronaldo will definitely have been worth it if it means Pogba subsequently decides to stay.

What did you think of Pogba's performance on Saturday? Follow our new United Fan Brands writer Omar Garrick on Twitter to get involved in the discussion and give us your thoughts in the comments section below.