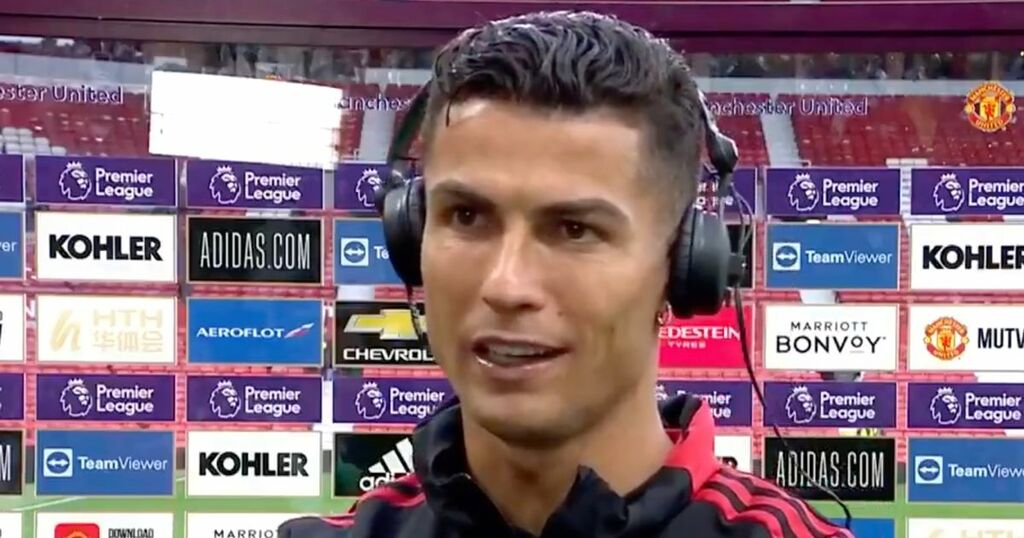 Cristiano Ronaldo set his sights on bringing the Premier League title back to Manchester United after his stunning two-goal return.

Ronaldo scored in either half of United's 4-1 win over Newcastle at Old Trafford on his emotional homecoming, then revealed his ambition to win a fourth title with the Red Devils.

“I’m here to win, I think we have a fantastic team with great potential and we need to build up confidence,” said Ronaldo.

“Manchester United need to be where they deserve, to go step by step to win the Premier League.”

Ronaldo paid tribute to United's fans, who sang his name throughout his thrilling return, his double helping take Ole Gunnar Solskjaer's side to the top of the table.

“Unbelievable!” said Ronaldo. “It was an unbelievable welcome that this crowd gave me. The supporters, they sang my name all game.

“It’s my mark, but the most important thing is the team. It was my day, I know, but it’s finished. What I want is to help the team to win trophies.

“I belong to this club, so I want to help the team to achieve good things and I’m looking forward to the next games.

“This team has huge potential. We have fantastic players, a good coach, a good team and we need to build up the mentality to win the Premier League and even the Champions League.”

There was an aura around Old Trafford on the return of the Portuguese superstar, who after 12 years away, still shows little signs of slowing down.

It took until the stroke of half-time for him to break the deadlock with the simplest of tap-ins after Mason Greenwood's shot was parried kindly into his path.

If Newcastle's equaliser looked like it could spoil Ronaldo,s afternoon, he soon stole the show with his second, rolling back the years to race through and finish, having left the defence for dead.

Will Ronaldo win the title again with Man Utd? Let us know in the comments below.

Bruno Fernandes' long-range strike and Jesse Lingard's late goal rounded off the scoring, but the day belonged to Ronaldo.

"He does what he does," United boss Solskjaer said.

“That’s why he’s done so much in his career. He’s been so disciplined.

“We knew he’s evolved, he’s developed as a player, he’s a different type of player now compared to what he was when he left, but he’s still a ruthless and clinical goalscorer.

“He smells the big moments, he senses when there’s a goal in it.”

Solskjaer's own senses must have been telling him questions regarding the title were now becoming part of the equation, but he was quick to play down the hype.

"The fans can dream," he added. "We will keep our feet on the ground."