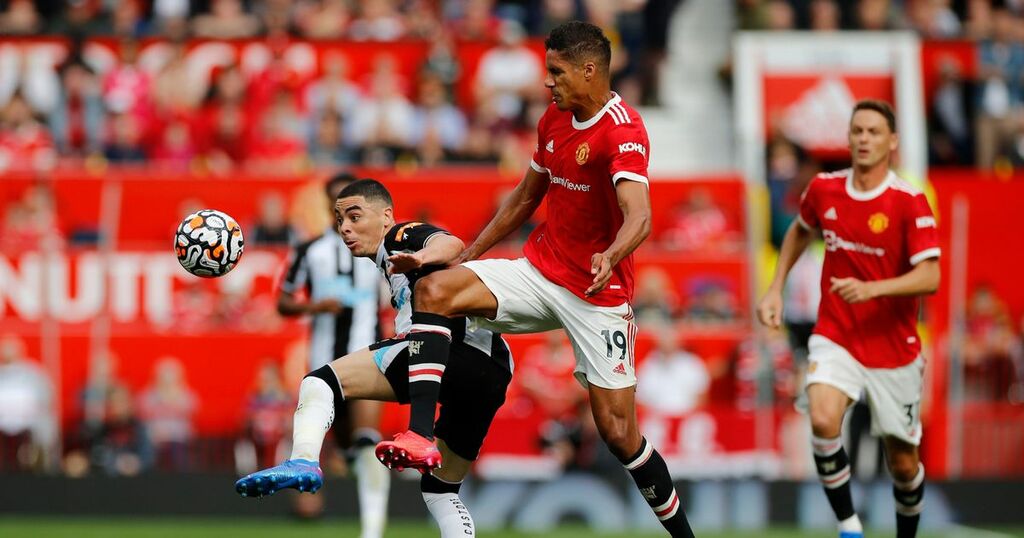 Manchester United breezed past the challenge of Newcastle on Saturday with Cristiano Ronaldo netting a brace upon his much-anticipated return to Old Trafford.

The Portuguese superstar’s arrival has made United’s attack even more fearsome, playing at the top of a forward unit including Jadon Sancho, Mason Greenwood, Bruno Fernandes and Paul Pogba.

Jesse Lingard and Donny van de Beek were both introduced from the bench, Luke Shaw provided the assist for Ronaldo’s second while Edinson Cavani and Marcus Rashford were not even in the matchday squad.

There is little doubt over United’s attacking prowess this campaign and they have the weaponry required to defeat teams lower down the standings that they may have struggled with in recent years.

Newcastle provided a template that Ole Gunnar Solskjaer’s side will face often this season: a deep-lying defence who will look to hit United on the counter-attack.

Solskjaer’s United have consistently struggled against this approach in recent years and much prefer teams to come out against them so that they can counter-punch, as was the case in the opening day win against Leeds.

Yet Newcastle offered a consistent threat on the counter with United’s unbalanced side seeing only Nemanja Matic holding the midfield line and protecting the back four.

With Luke Shaw and Aaron Wan-Bissaka encouraged to join attacks, this can leave the defending midfielder and central defensive duo exposed.

This has been a worry for United, who have attempted to shield Harry Maguire’s relative lack of pace by playing a slightly deeper line in recent years.

The arrival of Raphael Varane was designed to fix this issue; the Frenchman combines the pace of Eric Bailly, technical ability of Victor Lindelof and organisational skills of Maguire.

Varane is excellent at the low-key aspects of defending and has the self-belief to face down opponents and the experience to shepherd them away from goal and onto their weaker foot.

Can Man United win this season's Premier League title? Let us know what you think in the comments below

Having won four Champions League trophies with Real Madrid and the World Cup title with France, Varane brings a complete package of defending and has no glaring weakness in his game.

That is why his role will be so significant following Ronaldo’s arrival, when United will shift more emphasis on their attack and simply attempt to out-score their opponents more often than not.

Saturday’s selection against Newcastle showed Solskjaer’s natural instincts; to throw caution to the wind and load the game with attack-minded players to break down stubborn opponents.

Ronaldo will offer little to nothing defensively while others will push further forward to provide him with the ammunition to find the net but that can lead to shortcomings at the opposite end of the pitch.

Defensive signings rarely have the glamour or glitz of the arrival of attacking stars but for United, the success of Varane is likely to prove pivotal to any title ambitions this campaign.