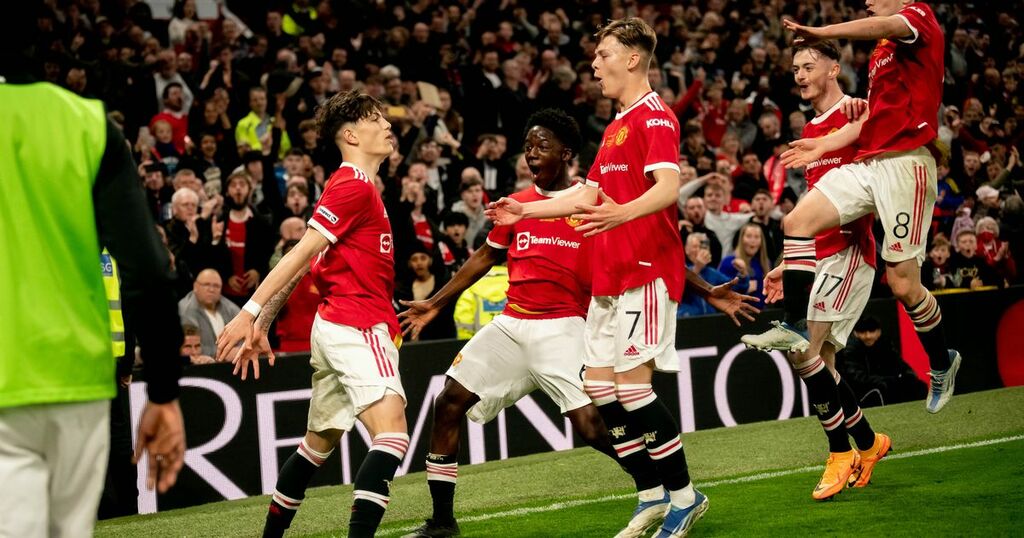 Manchester United striker Cristiano Ronaldo has added yet another personal accolade to his collection.

The age-old debate rumbles on, with Ronaldo boasting another admirer amid what has been another record-breaking season.

Newsroom.co.nz
Read news from The Economist, FT, Bloomberg and more, with one subscription
Learn More
When does the 2022 summer transfer window open and close across Premier League and Europe?

Asharq Al-Awsat
Here’s the NFL Team With the Hardest 2022 Schedule, per PFF

The five teams with the hardest schedules in the 2022 season are from the same two divisions.

If Manchester United's FA Youth Cup victory over Nottingham Forest at Old Trafford on Wednesday night taught us anything, it was that Alejandro Garnacho has a very exciting future ahead of him.

Unsurprisingly, it was him that scored the goals that clinched United's Under-18s first Youth Cup crown since 2011, scoring twice late on. After captain Rhys Bennett had seen his early header cancelled out by Forest's Joshua Powell, United got their noses back in front via a controversial penalty 12 minutes from time.

Controversial it was, but Garnacho made no mistake to dispatch his effort from the spot and claim his sixth goal of the Reds' Youth Cup adventure. And the Argentine was determined to make it a moment he and those present would never forget.

Racing towards the Stretford End tunnel, Garnacho replicated Cristiano Ronaldo's iconic 'Siuuu' celebration by sprinting, dancing through the air and then turning back to look at his approaching team-mates, before belting out 'Siuuu!' The youngster shared a pitch with Ronaldo for the first time when he made his senior United debut in the 1-1 draw with Chelsea last month.

After impressing interim boss Ralf Rangnick in training, Garnacho earned his first opportunity at senior level against Thomas Tuchel's side, stepping off the bench in the closing stages. It was a proud moment for the youngster and his family, and it provided him with the chance to play alongside an obvious idol in Ronaldo.

Garnacho, who scored his seventh goal of the Youth Cup campaign in stoppage time to wrap up Wednesday night's victory once and for all, has often made references to Ronaldo on social media, something he has continued to do since the final. On his Instagram page, the versatile attacker has posted several pictures of him replicating Ronaldo's celebrations, as well as sharing a video.

The video is a split screen clip of him scoring his penalty against Forest and Ronaldo scoring from 12 yards against Norwich City in the Premier League back in December. He captioned the clip by saying: "@Cristiano my G.O.A.T."

It is, therefore, clear that Garnacho sees Ronaldo as an idol that he wishes to try and replicate. The Portuguese star is a role model for millions of youngsters across the globe and could leave a lasting impact on the Argentine.

Furthermore, Garnacho, on another post, also outlined his love for the club. Sharing a picture of him lifting the Youth Cup aloft, he said: "I love Manchester United, always."

Considering Ronaldo is now at the age of 37 and Garnacho is only 17, the latter will be looking to follow in the Portuguese star's footsteps in years to come and cement his place as a United first-teamer. He has potential in abundance and his future is attracting a wave of attention.

Manchester United striker Cristiano Ronaldo has added yet another personal accolade to his collection.

The age-old debate rumbles on, with Ronaldo boasting another admirer amid what has been another record-breaking season.