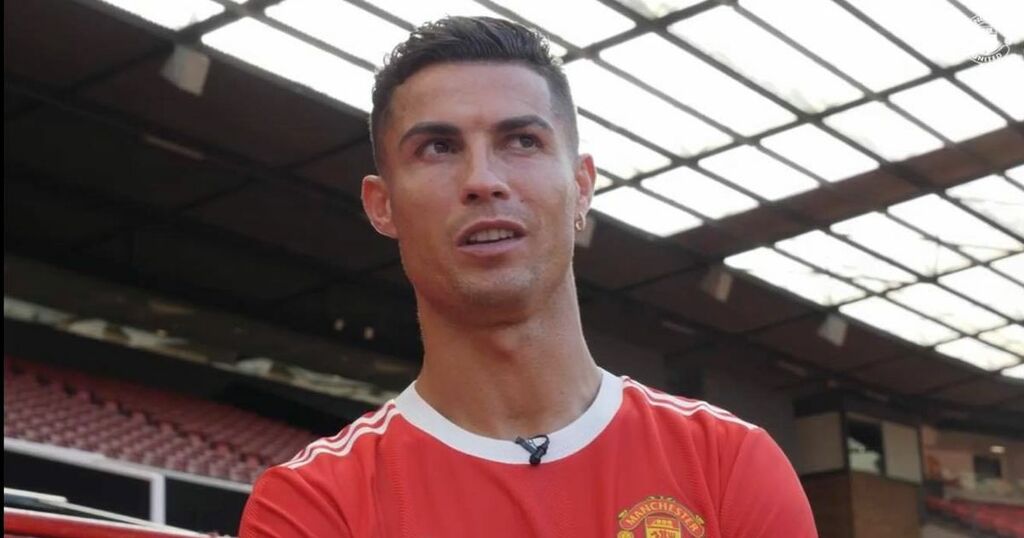 Wayne Rooney is not surprised Cristiano Ronaldo has moved forward at an age when most players are going backwards.

Ronaldo, who will make his emotional Manchester United homecoming tomorrow, has evolved from a winger into a centre-forward since leaving Old Trafford 12 years ago.

Rooney went from striker to midfield as he got older, but said it was a measure of former team-mate Ronaldo's supreme physical condition that he has moved into a more advanced role.

“With Cristiano it's different,” said Rooney. “The likes of Cristiano and Lionel Messi - probably only those two, really - they only play in one half of the pitch.

"It's not box-to-box or high energy defending that uses your energy when you have the ball in one half of the pitch, it's all about scoring goals.

"I've said it before, the rest of his team-mates will have to work a little harder.

"But if it's anything like the last time - towards the last two years of playing with him - the team allowed him to do that, because he scores you goals and wins you games."

Rooney played alongside Ronaldo for five years at United, the pair winning three Premier League titles, one Champions League and one League Cup together.

But Rooney has warned United fans the Ronaldo returning to their team is a completely different player to the one who left in 2009 to join Real Madrid in a then world record £80million deal.

“I think he's a completely different player to when he was last playing in the Premier League,” said Rooney.

“The last time he played here he was more of a runner, a great dribbler, with pace and power.

“Whereas now he's a goalscorer. I think his game has adapted dramatically since he was last in the Premier League.

“I don't think the Premier League is as physical as it once was, but it's still very demanding.

“I think he's coming back into the best league in the world, so he knows it is going to be challenging.

“And, of course, coming back to United, he'll want to prove himself again at the club, and he sets the highest standards for himself.

“He knows it's going to be a challenge, but I'm sure if there's one player who can live up to that challenge, it's Cristiano.”

Rooney, 35, said he is not surprised Ronaldo is still playing at the highest level at 36, given his physical condition, and backed him to play for United at 40, just as Ryan Giggs did.

“His ability is obviously one thing, but then he's also looked after himself massively,” said Rooney.

“You can see the shape he's in, he's still in great condition, so it wouldn't surprise me if he's playing until he's 40, like Giggsy did, and still scoring goals.”

Rooney also said there was no way Ronaldo would have signed for United's local rivals, Manchester City, despite his agent having held talks with the Premier League champions.

“Cristiano is a very proud person and his legacy at United is well-known,” said Rooney.

“The first I heard about it was when I was asked about him going to Manchester City, and I just couldn't see it happening.

“I just felt his relationship with the club, with Sir Alex and with the fans was too big. Even if there were talks with City, I just felt United would never have let that happen.”