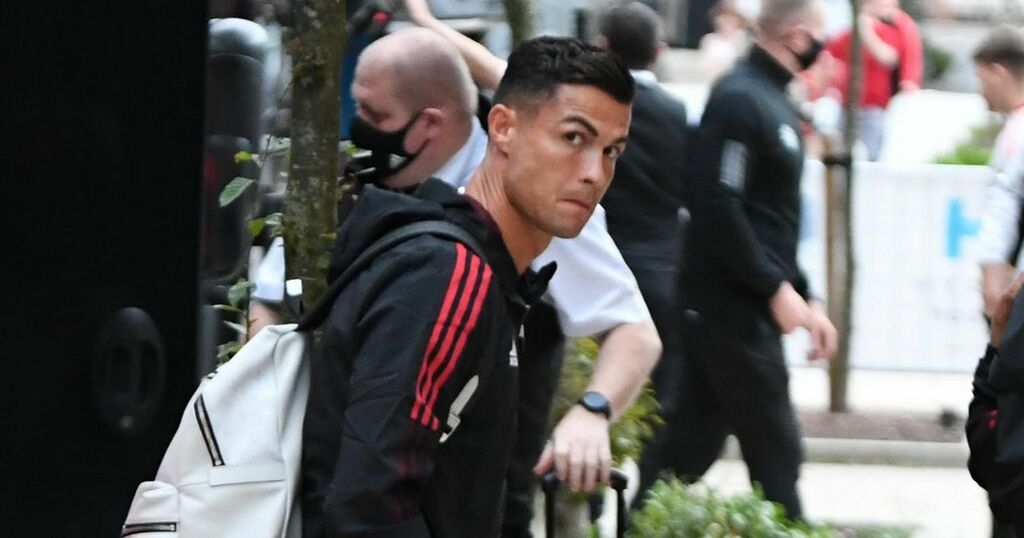 Cristiano Ronaldo has been pictured arriving at the Lowry Hotel alongside the rest of his Manchester United teammates as the Portuguese superstar gears up to make his second Old Trafford debut more than a decade after he first left.

The former Real Madrid and Juventus man sealed a remarkable return to the club at the tail-end of the summer transfer window and is now preparing to don the famous red shirt with the number seven on the back once again, to play against Newcastle United - coincidentally, the side in which Ronaldo bagged his first United hat-trick against.

The Portugal international has been training with his new team-mates this week for the first time since he sealed his comeback, leaving Italian giants Juventus after three years in Turin.

Ronaldo has already explained that he has returned to restore United to their former glories after years without silverware.

It has been four years since United have lifted a trophy of any kind in the form of the 2017 Europa League, while their hunt for a 21st league title has proved elusive for eight years - their last coming in Sir Alex Ferguson's final season at the helm in 2013.

However, Ronaldo insists that he can instil a winning mentality within the Old Trafford dressing room, explaining in an interview with MUTV : "We will be here on the pitch trying our best and trying to win important things. This is what we are looking for.

"This is why I am here, I am not on vacation, winning before was good but I am here to win. I am capable. I am ready to go.

Will Ronaldo inspired Man Utd to silverware this season? Have your say here.

"I think it is a good chance for me, the fans and the club to stay one step ahead. I am ready and I think I will be huge for the next three or four years."

It is expected among the United faithful that Ronaldo will be deployed through the middle of a front three, after boss Ole Gunnar Solskjaer admitted he views his former teammate as a centre-forward.

The Norwegian revealed: "He is more of a centre forward for me at the moment, I want him in the box, scoring goals."