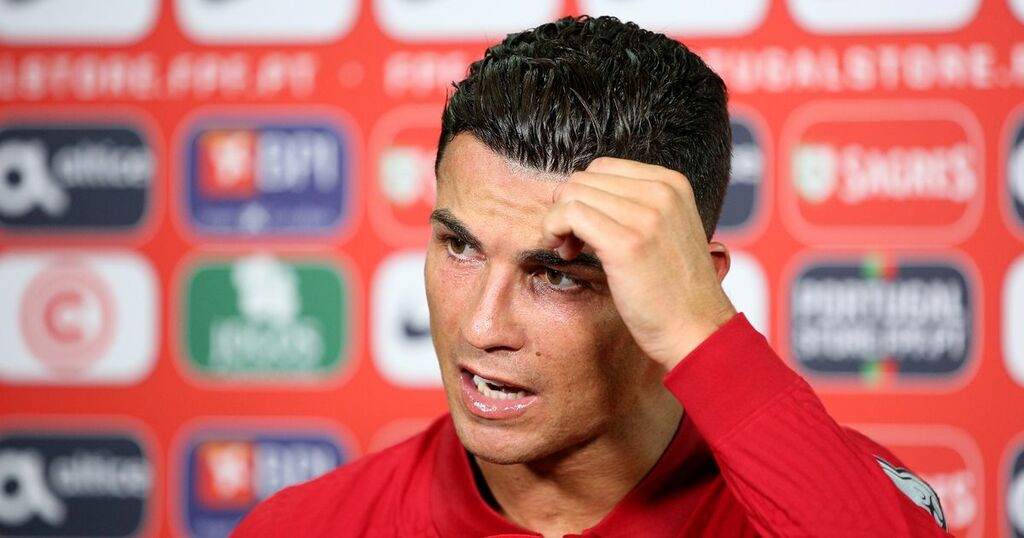 Cristiano Ronaldo switched allegiances from one Portuguese giant to another as he embarked on his professional career.

The Manchester United forward was born on the island of Madeira in 1985 and played for local clubs Andorinha and Nacional as a child.

At that time, Ronaldo supported Benfica, who are the most-decorated team in Portugal and share a rivalry with fellow 'Big Three' clubs Porto and Sporting Lisbon.

But Ronaldo found his loyalties tested when he was snapped up by Sporting at the age of 12 after a successful three-day trial.

The five-time Ballon d'Or winner would go on to make 31 appearances for Sporting, scoring five goals, before he joined Manchester United in 2003.

And Ronaldo confessed he gave up his Benfica ties to support his new club, telling Manchester United media in 2004: "When I was very young, I supported Benfica but, as soon as I moved to Sporting, they were my team.

"I spent seven years there and I'm grateful to the club for everything they did for me, so that's who I support."

Ronaldo's time at Sporting laid the foundations for his meteoric rise with the Red Devils, for whom he scored 118 goals in six seasons.

Speaking as a teenager, Ronaldo paid tribute to the Old Trafford crowd for the welcome he received ahead of his debut against Bolton Wanderers.

"When I came on, things started to go well, the fans had a good impression of me and I was delighted with the way I performed," he said.

"The manager (Sir Alex Ferguson) didn't have too many special words for me before I came on. He wished me good luck and that was it, really."

Will we see Cristiano Ronaldo return to Sporting one day? Comment below.

Quizzed for his response to fans singing 'There's only one Ronaldo' - a playful taunt at the Brazilian superstar of the same name - he added: "I felt very happy about that too, it was a sign the fans have a lot of confidence in me and liked the way I performed.

"As for what the other Ronaldo thinks of that song, I couldn't say! He has been voted one of the best players in the world many, many times and to follow in his footsteps would be a great honour for me - but there's no comparison really."

Ronaldo would go on to win three Premier League titles and the Champions League during his first spell with United - just as he said he dreamt of doing in 2004.

"My major ambition with United is to win the Premiership and, in the future, to win the Champions League," he said at the time.

Ronaldo scored eight goals in 11 appearances as the Red Devils won the Champions League in 2008, with the Portuguese icon winning the Ballon d'Or later that year.