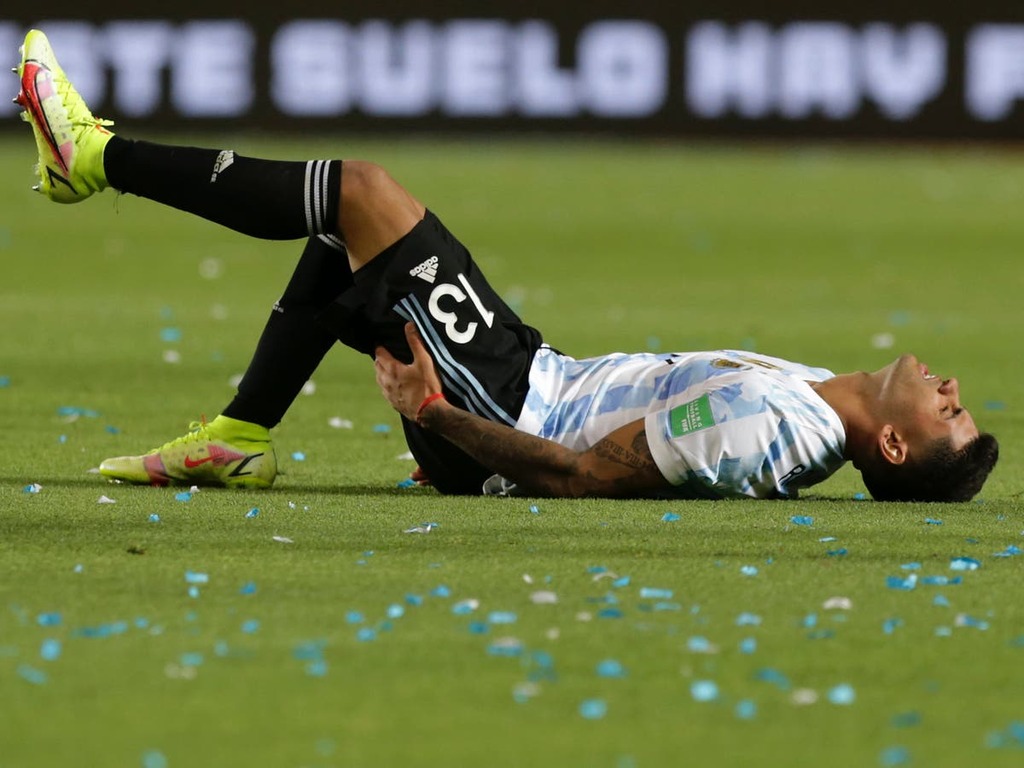 The Argentina defender suffered the problem playing for his country in last week’s World Cup qualifier against Brazil and a second scan is due later this week, which will determine the severity of the injury.

Conte does not think it will be good news, which is blow for Spurs as they play 11 times before the end of the year, starting with a Europa Conference League trip to NS Mura on Thursday.

“About Cristian Romero, we’re waiting for another scan,” the Italian said. “Honestly, I think his injury is serious. We have to wait.

“I don’t know the time he needs to recover. Surely his injury is more serious than Giovani Lo Celso or Dane Scarlett. We have to wait for the next scan and then the doctor can give more information on the dates for his recovery.”

Conte’s predecessor Nuno Espirito Santo caused a stir by leaving his entire first-choice starting XI at home for the game away to Vitesse Arnhem last month in order to save them for a Premier League match at West Ham.

They ended up losing both and Conte says he will take everyone who is available for the game in Slovenia against the competition’s lowest-ranked side.

“All the players available will come with us,” Conte added. “They must be ready to play against Mura. I said on Sunday that I need to make rotation because there are players that are a bit tired because they played many games with the national team and also we worked a lot in the last two weeks.

“There are other players that need game time. For us this competition is important. We want to take this fixture seriously and we want to go through to the next step.

“For sure I will make the rotation because personally I need to know much better the players, because there are players I need to see during a game and a competition.”

The third-tier European competition ought to present Conte with a chance to end Tottenham’s trophy drought, though whether they can challenge on a bigger scale remains to be seen.

Conte does not want to put a timeframe on how long it might take him to get Spurs competing for major trophies, but says he is enjoying a “good vibe” at Spurs.

“I know this is not simple, I am honest to understand this, but we want to try and build something important and try and lift trophies together, this must be our target,” he said.

“To build something ready to fight, in England it is not easy because the other teams are very, very strong but I know that through the work we can improve a lot.

“If you ask me how much time we need before it happens, it is very difficult to tell you this. In our heart and mind, this must be our inspiration and we are to try to do this for the best of the club.”