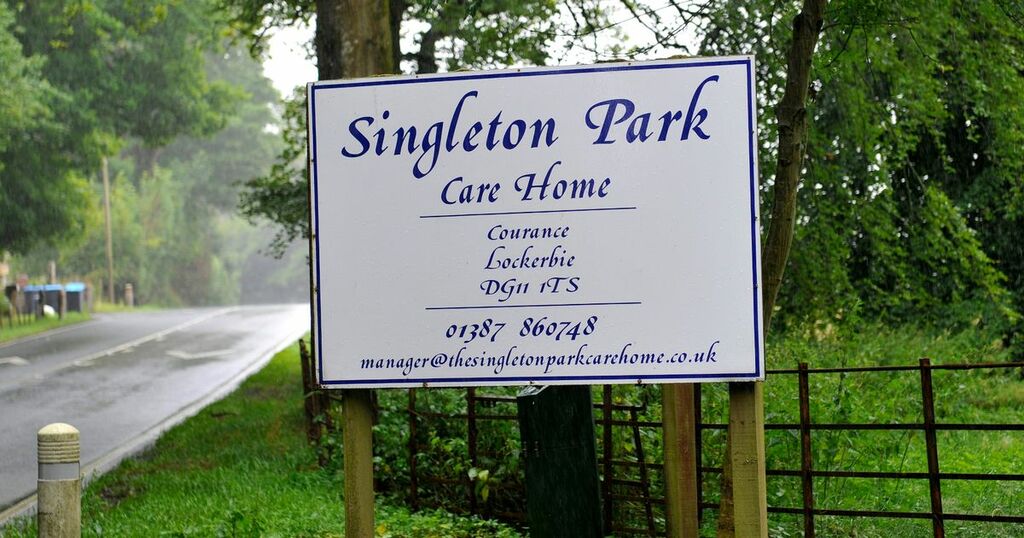 A crisis-hit home for the elderly could be forced to close amid “serious and significant concerns” over the standards of care provided at the facility.

The Care Inspectorate has lodged an application with Dumfries Sheriff Court seeking to cancel the registration of Singleton Park Care Home near Parkgate.

The watchdog took the action after the home failed to make required improvements following an inspection in July.

The nephew of one former resident who claimed his uncle would have died of “neglect” if he hadn’t insisted a doctor was called to check on him, has welcomed the move.

Joe Saunders said: “I’m delighted the Care Inspectorate has lodged an application with the court seeking to cancel the home’s registration.

“It now feels like somebody is finally taking notice and saying that what the residents have had to go through, isn’t right or acceptable.”

A complaint Mr Saunders made to the Care Inspectorate claiming the home failed to ensure that dementia patient Gerry Russell was receiving adequate fluid intake, resulting in dehydration and increased sodium levels when he was admitted to hospital, was upheld.

And a second complaint regarding 77-year-old Mr Russell’s personal care has now also been upheld.

Mr Saunders, from Moniaive, said: “When I finally was allowed in to Singleton Park to see him after Covid regulations, I was in complete shock at what I found.

“My uncle was dirty, hadn’t been washed, he was in absolute agony and obviously very ill. I immediately asked staff to phone a doctor and they eventually did.

“The doctor told me if he’d been left like that for much longer, my uncle would have been dead.”

A Care Inspectorate spokesman said: “An inspection identified serious and significant concerns about the quality of care experienced by residents.

“We understand this is a difficult and distressing time for residents, their loved ones and staff at the home.

“However, our first priority is always the health, safety and wellbeing of residents.”

They issued an improvement notice to Singleton Park in July requiring “safe and effective management, leadership and oversight of the care home” as well as “improved working practices and care of people in the home”.

However, further inspection and monitoring found the care home provider had failed to meet any of the improvements in the notice and further serious concerns were also identified.

A Care Inspectorate spokesman added: “Because of this, we have submitted an application to the sheriff court seeking cancellation of the provider’s registration of this care home.

“This could allow new care arrangements to be put in place for residents of the home.”

Dumfries and Galloway Health and Social Care Partnership (DGHSCP) has now provided the home with extra staff to help look after the 33 residents of Singleton Park.

DGHSCP Chief Officer Julie White said: “This is an extremely difficult and concerning time for residents of Singleton Park and their families.

“Dumfries and Galloway Health and Social Care Partnership’s prime concern in this situation is the health and wellbeing of residents.

“We have provided a number of health and social work staff to the care home, and are committed as a partnership that the residents receive a high standard of care both now and over the longer term. DGHSCP will be working to ensure residents and families are kept apprised of developments, and that the wider community remains informed.”

If the legal action is successful the current operators would be unable to run the facility but it could still continue if another registered provider took the home on.

A Singleton Park spokeswoman said nobody from the home would be making any comment.