Even looking at pictures of this seemingly-normal box is said to leave people cursed.

Described as the world's 'most haunted object', the Dybbuk Box has a bone-chilling story which involves the Holocaust, eBay and even pop star Post Malone.

Originally designed to hold wine bottles, people who have kept the box in their home have reported seeing shadows, hearing noises and smelling strange scents while feeling overwhelmed by a dark energy.

The word 'dybbuk' refers to Jewish mythology, describing an evil spirit or entity which clings onto people.

According to the original owner's family, the box was used to trap a spirit unleashed after a Holocaust survivor tried contacting the dead to help fight against the Nazis.

Far-fetched it may sound, but those who have kept the box in their homes suggest there is something to the myth as they report terrifying phenomena.

The story of the box starts in 2003 when an antiques dealer in Oregon, USA, Kevin Mannis, flogged it online after buying it at auction following the death of a 103-year-old lady who survived the horrors of the Nazi death camps.

Kevin had initially wanted to give the box as a present to his mother, despite warnings by the woman's family "not to open the box under any circumstances".

Unfortunately, such warnings tend to have the exact opposite effect - and Kevin admitted to having opened its little doors at one point.

Inside was a candlestick, a piece of paper containing writing in Yiddish and two locks of human hair.

Things reportedly went wrong immediately after gifting the box to his mum, with Kevin later admitting to finding her in a catatonic state having suffered a stroke.

In failed attempts to get rid of it by giving it to other family members, he eventually decided to pawn the box online, where it was bought by a student.

With sinister things continuing to occur, the box was sold to museum curator Jason Haxton.

Jason claims the box's arrival brought with it strange smells, dark shadows and even the sudden deaths of museum staff's loved ones.

The wooden box was subjected to evaluations from experts and even biohazard tests, which proved fruitless.

Desperate, Jason also claims he resorted to placing it inside another box lined with gold in order to neutralise any 'spirits' lurking inside it.

It was later placed in a military-grade container designed to contain bomb blasts before being buried in an undisclosed location.

Intrigue led Jason to track down the original owner's family, who revealed the terrifying story of how it was used to capture an evil spirit during a ritual to summon ghosts which could help defeat the Nazis.

Today, the box is on display in Nevada and has inspired three films - including The Possession , during the filming of which it is said an unexplained fire broke out on set.

The Dybbuk Box was bought in 2017 by Ghost Adventures star Zach Bagans and placed in his Haunted Museum in Las Vegas.

Kept behind glass, it can be viewed by adult members of the public who must sign a waiver beforehand.

In 2018, news across the world reported how global rap star Post Malone went to view the box and accidentally touched it second-hand through Zach.

The Better Now rapper believes the box was responsible for a series of terrifying events he was caught in, including a near-miss plane crash, an armed robbery and a car crash.

“After we opened up this creepy Dybbuk box, I got in a car accident, I almost had a plane wreck, my house got broken into – all that type of stuff," he later revealed on the Seth Meyers Show.

While freaked, it seems the rapper has not experienced any major misfortunes since - admitting he's always had an interest in the supernatural. 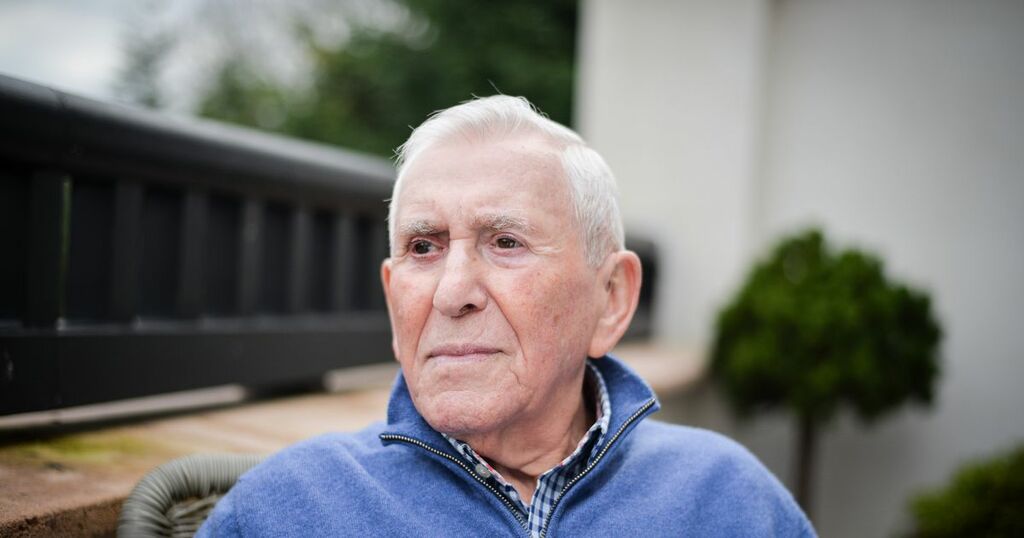 On a journey of closure and renewal at Treblinka, this Holocaust survivor met a new generation of Jews
Ike Alterman, one of the few remaining Holocaust survivors, recently travelled to Treblinka where his mother and siblings were murdered.…

Manchester Evening News
One subscription that gives you access to news from hundreds of sites
All The Broken Places by John Boyne: A sister’s lifetime in the shadow of the death camps

When he wrote The Boy in the Striped Pyjamas more than 15 years ago, John Boyne could never have imagined…

Irish Independent
‘The God-Damnedest Thing’: The Antisemitic Plot to Thwart U.S. Aid to Europe’s Jews and the Man Who Exposed It

Politico
The 20 Most-Anticipated Films of the Season

Liverpool Echo
One subscription that gives you access to news from hundreds of sites
Divine comedy: the standup double act who turned to the priesthood

The long read: Josh and Jack used to interrogate life via absurdist jokes and sketches. But the questions they had…