Crash that killed retired teacher 'could have been avoided' with 'reasonable checks,' inquest hears 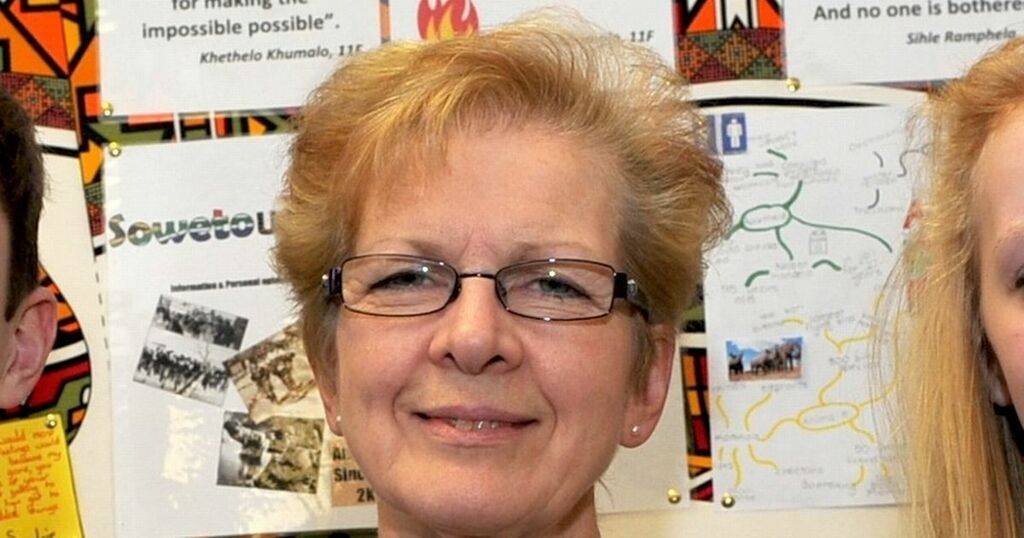 The crash that killed a retired teacher on a rural Northumberland road “could have been avoided” if the wagon driver who hit her had carried out “reasonable checks,” an inquest heard.

Grandmother Isabel Gilchrist was a pillion passenger on a motorbike driven by her husband Daniel on June 25 2018.

The couple had travelled down from Glasgow and were exploring the area around Kielder forest before being due to meet a friend in Jedburgh.

At around 12.30pm they were travelling behind wagon driver Andrew Reed on the C200, just over a mile north of Kielder village.

Mr Reed came head on with another wagon driving in the opposite direction, and realised the road was too narrow for the two vehicles to pass each other without going on the grass verge.

The inquest heard he checked his side mirrors before starting to reverse at around five miles an hour, not realising Daniel and former religious studies teacher Isabel were on a Honda Gold Wing motorbike behind him, in his blind spot.

The hearing was told Mr Reed did not get out of the vehicle to check if anything was behind him before starting the manoeuvre.

Mr Gilchrist said that when he realised what was happening, he put the bike in reverse gear and sounded his horn at the same time.

But he was unable to reverse quickly enough and the tipper wagon hit the bike, knocking it over and trapping the Gilchrists underneath.

Mr Gilchrist suffered injuries including a pelvis fractured in three places, a shattered hip that had to be replaced and 18 broken ribs. The inquest heard he also suffered post-traumatic stress disorder (PTSD) as a result of the crash.

The hearing was told Mr Reed stopped the vehicle when he realised something was wrong before trying to help the Gilchrists at the scene and driving over the grass verge to the Forestry Commission depot to get help.

Mr Reed, 29, who said he did all he could to check it was safe, was cleared of causing death and serious injury by dangerous driving and death by careless driving after a trial at Newcastle Crown Court last year.

He pleaded guilty to perverting the course of justice after changing a defective tyre on the tipper truck after the accident - even though the tyre did not contribute to the collision - and was given a four-month suspended prison sentence and unpaid work.

The inquest heard the wagon had a blind spot of more than 92.5 metres to the rear, and was fitted with a reversing camera which wasn’t working.

PC Paul Gills, who investigated the crash for Northumbria Police, said Mr Reed was stationary for 6.75 seconds before he started to reverse.

He told the inquest: “It was impossible for him to know whether there was anything behind him and he made no proportionate checks.”

Asked by senior coroner Andrew Hetherington if the collision could have been avoided “if reasonable checks had been made,” the officer said, “Most definitely, yes. By not exiting the vehicle, the driver takes the chance.”

PC David Martin, a senior collision investigator for Northumbria Police, said in his evidence, “It is absolutely the driver’s responsibility to make sure it’s clear behind your vehicle.”

When asked why he did not get out of the wagon, Mr Reed said, “As I was reversing, in my mind I did all the checks I needed to do.

“I don’t understand getting out of the vehicle - I’d never heard of this before.

“I still believe I did all my checks.”

Mr Gilchrist, an “experienced motorcyclist,” said the couple would often go out on the bike if the weather forecast was good.

He told the inquest, “That’s why we ended up down here that fateful weekend.

“What Isabelle loved, ironically, was picking small roads and staying off the motorways.

“We were just bumbling along at about 15-20mph. It was clear, it was sunny, it was stunning.”

Mr Gilchrist said they had only been travelling behind Mr Reed’s wagon for a couple of minutes before it drove into a passing place.

He said: “There’s no chance we could get past, especially with it being such a big bike.”

Mr Gilchrist said when the wagon moved away he was around 10 metres behind when it came to “quite an abrupt stop”.

He told the hearing, “I remember thinking ‘what’s happened here?’

“He stopped, I stopped. We were just sitting and the next thing I heard was the crunch of a gear and the lorry started to come back.

“I stuck the bike into reverse but it’ll only do two miles an hour in reverse gear.

“The lorry was closing me down really quickly so I blasted the horn.

“The lorry came right up. I could hear the crunching of the plastic and I started to go over.

“I remember I could see daylight through the back wheel and I thought ‘please God let this be quick’.”

Mr Gilchrist said the couple, who have two children and one grandchild, would have recently celebrated their 40th wedding anniversary, having met in 1978 when Isabel interviewed him for a job.

The coroner recorded a conclusion that she died as a result of a road traffic collision.

After the hearing Mr Gilchrist said: “It was a terrible accident that was totally preventable.

“Sometimes you’re just waiting for someone to say sorry, and that’s never happened.”

Tributes from two continents poured in for Isabel after her death.

Nicknamed Mama G, the popular RE teacher, who taught at Stonelaw High for nearly 20 years, influenced scores of children, with parents, pupils and staff from Scotland and South Africa.

She founded the school’s Fair Trade partnership in 2003, and established links with South African school Ikusasalethu High in 2009, that saw Rutherglen pupils travel to the town of Mtubatuba, while Isabel helped provide school supplies and uniforms for youngsters there.

She retired four years before her death, but continued to play an integral part in Stonelaw’s African trips.

Sharon Collie, head of Stonelaw High’s Parent Council, said: “I know from speaking to other parents how big an impact Isabel had on many children.

“She was really well liked and inspirational, and everyone all said that she was so positive, a beaming ball of joy.”