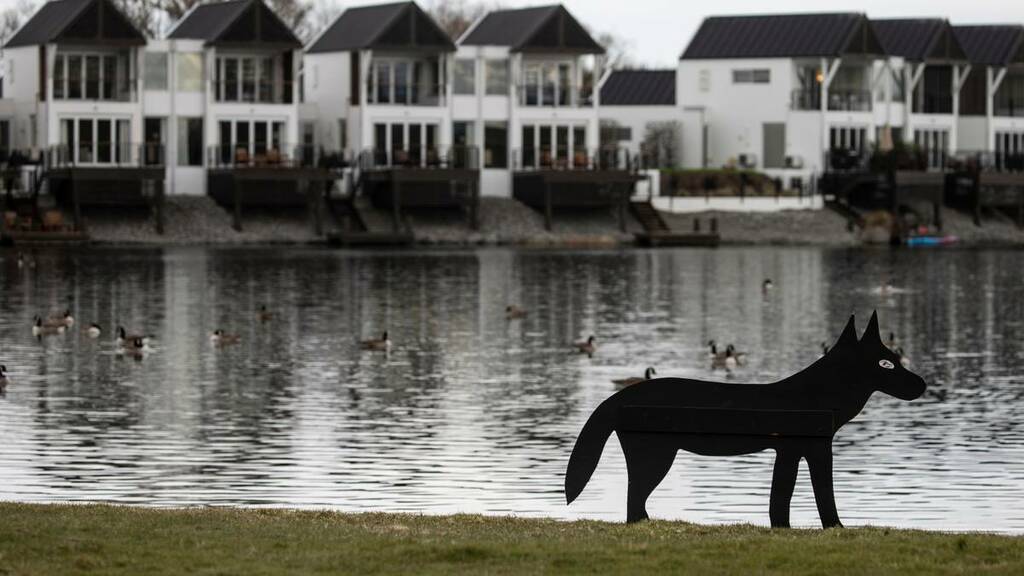 It's almost like a scene from a Road Runner cartoon - one of New Zealand's top golf courses has hit a hole-in-one with a "Wile E" idea to scare off Canadian geese that invaded the course.

Clearwater Golf Course in Christchurch has placed decoys - in this case wooden cutouts of wild coyotes - on its fairways to scare away the unwanted "foreign bogeys".

And in the process they've gone to the top of the leaderboard.

Clearwater Golf Club general manager Aiden Berry told the Herald "the greenkeeper moves them around" and they are "working well".

The not-so featherbrained idea is the inspiration of resort resident Bob Plimmer, who is also a member of the golf course.

According to Berry, Plimmer was "playing around at home around during the lockdown and cut a couple of coyote shapes out of spare pieces of plywood".

He started with two cutouts, and that grew to four.

The coyote pack numbers have doubled since Christchurch moved out of alert level 4 to level 3, when more plywood could be ordered. The wooden predator population is now a pack of eight.

The biggest coyotes are a metre long and up to 80cm tall. They were carefully placed in the rough on the 10th and 11th fairways, near the water hazard running alongside the fairways. Smaller ones have been made out of the offcuts of plywood.

"They are constantly moved around," said Berry, "depending on where the water is."

Clearwater is on the northern outskirts of Christchurch, near the international airport. It has hosted the New Zealand Men's and Women's Opens.

The waterways, while perhaps not big enough for an albatross, wind through the resort and around the fairway, forming many lakes and water traps that have attracted not only Kiwi worldbeater Lydia Ko but also the pesky geese.

According to Berry, "they have been an ongoing problem for years between Christchurch Airport and Clearwater".

Previously the geese have hit numbers of well over a hundred - "leaving their droppings all over the fairways" - and that was "not good for the fairways or the waterways".

Berry said now the geese "don't appear to be going on the fairways" and they are "no longer the problem that they were before".

The geese were handicapped from making their mark near the flag with greenkeepers and mowers busy putting around the greens every day.

Berry, who has been the club manager for the past 12 months, says he has definitely noticed geese numbers coming down.

"We are talking now in single-digit numbers."

The pack of coyotes are "tee-rific", proving their worth by ridding the course of the unwanted birdies.

"It's a simple idea and it works."