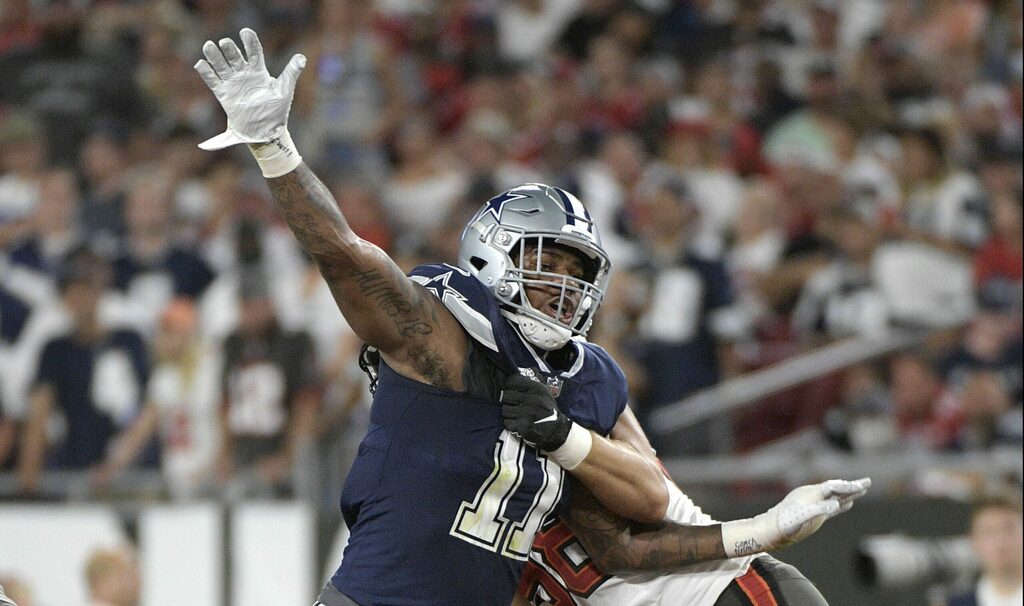 The Cowboys created some raised eyebrows when they selected Penn State linebacker Micah Parsons with the 12th pick in the 2021 NFL draft — not because there was any question about Parsons’ talent, but because the team was already pretty stacked at linebacker with Jaylon Smith, Leighton Vander Esch, and free-agent acquisition Keanu Neal, who had played with new defensive coordinator Dan Quinn in Atlanta, and can fill a hybrid safety/’backer role. But to categorize Parsons as just a linebacker is to misunderstand his potential effect on a defense, and as the Cowboys also took LSU’s Jabril Cox in the fourth round, it became clear that they wanted more speed at the position, and Parsons has speed for days, as well as the athleticism to become a staple performer in any defense.

In two seasons with the Nittany Lions (2018 and 2019), Parsons lined up along the defensive line on 82 of his 1,225 snaps, per Pro Football Focus, with 1,007 in the box, 121 in the slot, 10 at outside cornerback, and three at free safety. In his NFL debut against the Buccaneers on Thursday night, that versatility was obvious once again — he had 51 snaps, playing 10 on the line, 38 in the box, and three at outside corner. Parsons had three quarterback hurries, five solo tackles, two missed tackles, and in coverage, he allowed five catches on seven targets for 41 yards.

More importantly, Parsons looked comfortable wherever Quinn and his staff lined him up. Whether he was playing inside or outside off-ball linebacker, edge-rusher, inside blitzer, or dropping into coverage, the game didn’t look to big for him at this level, which is pretty impressive for a first-game rookie going up against one of the NFL’s most consistently explosive offense, and the greatest quarterback in football history.

The Buccaneers ran the ball just 14 times for 52 yards in their 31-29 win, so the focus on Parsons’ performance was more about coverage and pressure. In both categories, he had the look of a veteran.