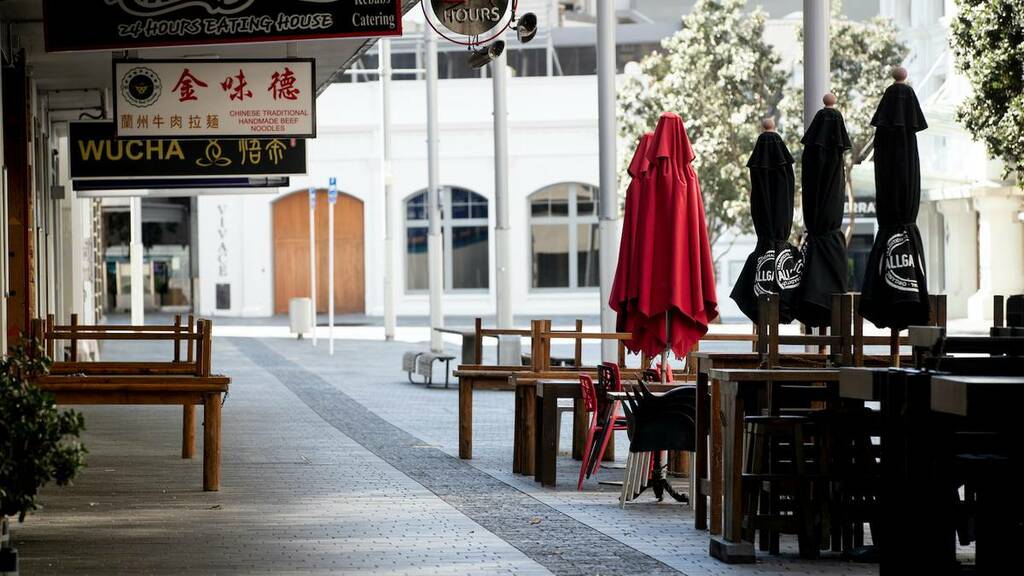 Auckland businesses are suffering under continued lockdowns and many will not survive this one without more support, business network leaders say.

They say the government should consider financial support schemes like interest-free loans or some kind of commercial lease support.

The government yesterday announced an in-principle decision for Auckland to move to level 3 next Tuesday night, meaning at least another week at level 4, and uncertainty over how long higher alert levels would remain beyond that.

Some health experts have warned one week will not be enough, but with struggling businesses calling for creative thinking even ahead of yesterday's announcement, ACT's David Seymour questioned whether the government should shift from an elimination strategy to one of suppression.

Employers and Manufacturers Association head of strategy and advocacy Alan McDonald told Morning Report exporters were losing orders that may not come back and many businesses were struggling to pay rent as Auckland's lockdown continued.

"This is our fifth lockdown in Auckland and for many businesses it will be the last, because they won't reopen I don't think," he said.

"It is wearing people down, it is different this time. We're seeing and hearing people doing it harder and that resilience that was there has just been worn down."

He said the financial supports offered by the government were appreciated, but not nearly enough.

"There may be a case for some targeted assistance for those Auckland businesses who have been doing it harder and longer. Certainly there's some growing calls for some assistance for lease payments for tenants with landlords, that one particularly bites ... tends to be the second highest cost in a business."

"If you try and step in between the contractual relationship between landlords and tenants then it gets messy and it gets hard ... something along the lines of some partial assistance from government by way of, I dunno 25, 50 percent grants or something to help with that specific measure around leases."

Auckland businesses promoter Heart of the City's chief executive Viv Beck said the lockdown was having a huge effect on business owners, both financially and psychologically.

"It's pretty grim for some of our businesses. It's not unexpected I think given how things were looking with the numbers but overall it's pretty devastating for a lot of people right now."

She said the current supports were welcome but just a "drop in the bucket" for many, and one scheme for proposed by AUT senior research fellow Dr Richard Meade could help some businesses make ends meet while costing the government less.

"We've heard a number of people say that it's very difficult to access capital depending on their circumstances, so this is effectively a student loan-type scheme where people can have access to cheap money basically up to their pre-pandemic revenues ... initially it would be interest free, and then they would only be paying it back when they can.

"The problem is they're dealing with so much uncertainty, if they've managed to build any reserves up in level 1 when people have been coming back it's generally to pay off debt from the prior lockdowns for many, so what this would do would give them a sense that money was available.

"People would draw down only what they need so it would be more targeted... I'm not saying it would necessarily suit everybody, what I would like is for it to be considered."

She said they were asking Treasury to have a look at the idea and give a formal response, because the current interventions were not sustainable.

"The reality is this is going on so long that it's unaffordable for the country to just continue to pull out large numbers when ... the taxpayers will be paying it back in the future."

McDonald said a scheme like that could work. Auckland businesses needed something to keep them going, and things would be tough around the rest of the country in many sectors too as the lockdown wore on.

"The restrictions on particularly those in the hospitality sector, it won't be worthwhile their opening - they won't open - and as we're seeing around the rest of the country those sectors at level 2.5, again it's still not worth them opening.

"They just can't get the numbers through to generate the revenue they need to cover their costs ... we're going to lose people out of those sectors."

"There's more frustration, a bit more desperation I think, and for many people if level 3 lasts for a long time that will see them close their doors."