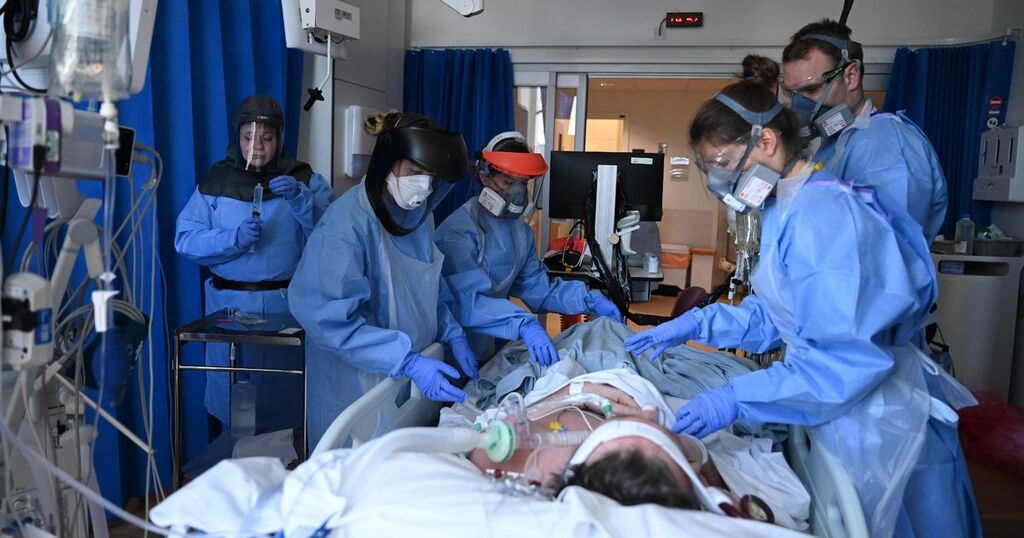 Cororonavirus case rates are eight times higher now than a year ago as the government forges ahead with plans to ditch most of the remaining restrictions.

A comparison of data across the 12 months shows the UK to be in a far worse position now in terms of lives being lost and new infections than in September 2020.

On Sunday a further 29,173 positive infections were reported across the UK, compared to the 3,497 recorded on September 12 last year.

That means Sunday's figures - although they are typically lower than weekdays due to a reporting lag - are eight times higher than this time a year ago.

Deaths are also significantly higher now than 12 months ago, with nine deaths then compared to 56 now.

The government's pandemic plan is also markedly different 12 months on.

This time a year ago the government was tightening restrictions as the R rate crept above one, limiting private gatherings to six people, enforcing a 10pm curfew on pubs and issuing a work from home mandate, while mask wearing was still required.

Fast forward 12 months and, as cases and deaths edge upwards, virtually all restrictions have been ditched as the coronavirus vaccine is relied upon as the primary form of defence against the virus.

The government is planning to continue in this direction by loosening rules on travelling abroad, ditching vaccine passport plans and steering away from national lockdowns over the winter, Prime Minister Boris Johnson is expected to announce on Tuesday.

However, if the NHS comes under too much pressure, people may be urged to work from home again and indoor masks mandates may be reintroduced.

The PM is expected to say that the Covid vaccine, including booster shots for over 50s, will remain the single biggest defence against the virus and the rising figures.

Currently 66% of the population are fully vaccinated and nearly 73% have had one jab.

On a local level, the virus has a far stronger hold on dozens of particularly badly hit areas now than it did last year.

At the beginning of September 2020 Bolton was the worst affected local authority in England, enduring a infection rate of 179 cases per 100,000 people.

The situation is significantly worse in Scotland, which dominates a list of the areas most impacted by the novel coronavirus.

West Dunbartonshire's Covid rate of 1,282 puts it top of the list and eclipses the figures posted this time last year.

With schools having just go back in England and many who were working from home heading back to the office, a further surge in infections is expected before the impact of winter on case numbers if felt.

Mr Johnson will rely on the Covid vaccine to stop the death and case numbers getting too high, and the burden on the NHS too great.

International travel rules are also expected to be eased even further.

The travel traffic lights system is due to be scrapped, with just a 'red list' for the worst Covid-hit countries kept in its place and no PCR tests required for the double-jabbed.

Speaking on Monday, Work and Pensions Secretary Therese Coffey said some regulations may still be needed as the NHS prepares to battle both Covid and seasonal flu in the winter months.

Asked about maintaining the work-from-home advice, she told BBC Breakfast of the need to keep some rules on the table, adding: "Whether that's with what you just mentioned or making sure statutory sick pay can be paid from day one rather than day four, as tends to happen in more regular times.

"These are the sensible measures I think that we're going to keep."

On the issue of masks, she added: "The Prime Minister will be setting out the Covid winter plan tomorrow. I think my approach, and I see that with a lot of employers' organisations, is about having a situation-specific approach."