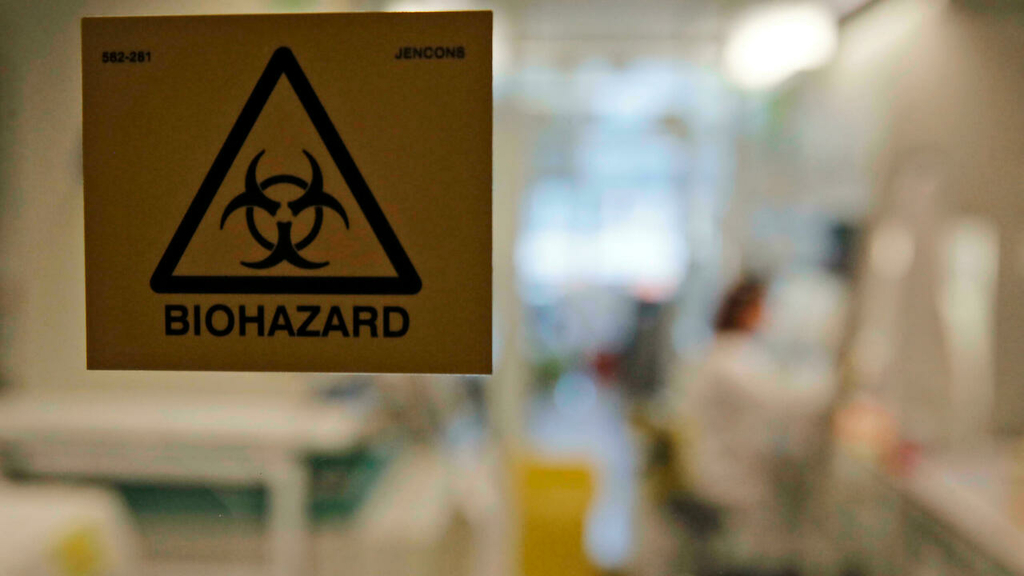 Health experts have cast doubt on reports of a possible Covid-19 mutation combining elements of both the Delta and Omicron variants. While the evidence on “Deltacron” remains scarce, French virologists warn that the emergence of such hybrid strains is a distinct possibility.

Talk of a possible new hybrid variant with a name from a Hollywood disaster B-movie spread like wildfire on social media at the weekend, leaving behind the now customary trail of conspiracy theories and black humour. While some prominent scientists rushed to warn against the risk of peddling disinformation, others have argued that rampant variants make the threat of such mutant strains all too real.

The controversy kicked off on the Mediterranean island of Cyprus, currently roiled by Europe’s highest Covid-19 rate of infection, where a local team of scientists claimed last week to have discovered the new variant. Led by Leondios Kostrikis, a professor of biological sciences at the University of Cyprus, the scientists said the new strain presented Omicron-like genetic signatures within the Delta genomes – hence the name “Deltacron”.

Kostrikis told local daily Cyprus Times his team had found 25 cases of the mutation, including 11 cases among patients hospitalised with Covid-19. He noted a “higher frequency of mutations among hospital patients, which may suggest a correlation between Deltacron and hospitalisations.” He added it was too early to assess how contagious or dangerous the apparent new strain would become.

The Cypriot team’s findings have been sent to GISAID, an international database that monitors and shares official data on Covid-19, giving other scientists access to the genetic details of “Deltacron”. Initial reactions have been sceptical at best, with prominent experts suggesting the apparent new strain looks more like a “scariant” – an unconfirmed strain causing a global scare – than a variant.

While it is possible for coronaviruses to genetically merge, a process known as biological recombination, experts noted that the alleged mutations identified by the Cypriot team were located on a part of the genome that is vulnerable to error in certain sequencing procedures.

"The Cypriot 'Deltacron' sequences reported by several large media outlets look to be quite clearly contamination," Tom Peacock, a virologist with the infectious diseases department at Imperial College London, tweeted at the weekend. In other words, according to Peacock, the reported new strain was most likely the result of a lab error, mixing samples from patients infected by Omicron and others by Delta.

Kostrikis promptly hit back, telling Bloomberg news agency in an emailed statement that the cases he identified “indicate an evolutionary pressure to an ancestral strain to acquire these mutations and not a result of a single recombination event.”

He pointed to at least one sequence from Israel deposited in a global database that exhibits genetic characteristics of the hybrid variant, adding: “These findings refute the undocumented statements that deltacron is a result of a technical error.”

Since the start of the pandemic, scientists have struggled to counter a deluge of disinformation about Covid-19, much of it circulating online. Last week, unverified reports emerged of a "flurona" or "flurone" virus – a combination of flu and coronavirus – which the World Health Organization (WHO) dismissed on Monday.

In this context, is this hardly surprising that news of a “Deltacron” was met with prudence and scepticism among scientists. But according to Christian Bréchot, head of the Global Virus Network and a former director of the Institut Pasteur, there is “no reason to question the quality of the Cypriot team’s work.”

Of course, “from a technical point of view, it is important to ensure that no artifact [editor’s note: lab contamination] erroneously suggests cases of recombination,” Bréchot told FRANCE 24, adding that “further data will be needed to confirm the new variant.”

“In principle, a recombination of different variants is perfectly possible. It’s true of viruses in general and particularly of coronaviruses,” he said. “Once you have a high level of circulation of two variants, the likelihood of them recombining is significantly augmented. And it wouldn’t be the first time this kind of mutation occurs.”

Such a scenario is indeed perfectly possible, says virologist Christine Rouzioux, professor emeritus at Paris-Descartes University, while stressing the need for more data on the particular case of ‘Deltacron’.

“It is still too early to draw conclusions [on ‘Deltacron’],” she told FRANCE 24. “First we must verify the sequencing and then analyse the results on a cluster of cases. But in theory, the combination is perfectly possible.”

Whether or not this particular new strain is confirmed, the emergence in future of such hybrid variants remains a possibility, Bréchot warned: “So long as variants continue to thrive around the world, we will be at the mercy of this type of development. [...] This situation is further evidence of the fact that a strategy based on giving rich countries preferential access to vaccines is doomed to fail.”

>> Tackling vaccine inequality: ‘There aren’t enough vaccines in the world’

“Delta appears to have originated in India and Omicron probably came from South Africa. Now we’re hearing about Deltacron in Cyprus. It is obvious that national strategies alone cannot work,” Bréchot added. “It is imperative that we define a global strategy, based on vaccinating people around the world.”