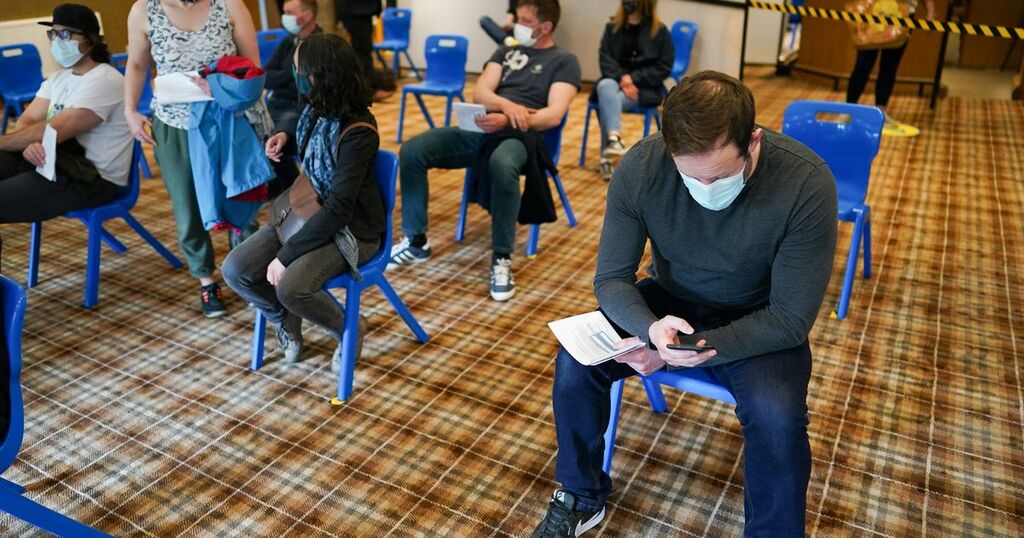 A number of Scottish volunteers who trialled a version of the coronavirus vaccine have been left frustrated that they cannot access their Covid passports.

Those who trialled the Novavax in the country have discovered they cannot download their vaccine passport electronically to gain access into different events.

Despite volunteering for the trial, around 1,000 Scottish people will now have to have a paper certificate, with some claiming their vaccine is not being recognised in certain situations.

From next week, the vaccine passport system will come into full effect, with the system being introduced and trialled since the beginning of October.

However, the volunteers have been left solely relying on their paper passport, which they claim could easily be lost, damaged or turned away.

Speaking to the Daily Record, one volunteer who regularly visits Edinburgh said:

“My certificate got damaged while we were decorating and they get dog-eared if you are carrying them about. I have to wait two or three weeks for a new one.

“They also do not come with QR codes so I’m afraid some venues won’t recognise them. I sometimes travel from Aberdeen to Edinburgh so there are costs of travel and accommodation involved as well as the price of the ticket. That is a lot of money to shell out if there is a chance you will be refused entry.”

Airing similar concerns, volunteer Jill, who does not want to be fully identified, stated that she is worried about being turned away from venues.

She added: “I don’t want to pay for tickets and then get turned away at the door.”

Although not currently being rolled out in the UK, Novovax was used in a UK-wide trial, with those who received it ensured they would be given the same benefits as others.

However, Jill continued: “This is not the case. We are being discriminated against.”

She received her vaccination in October last year and has never had Covid. The vaccine was expected to be approved for use several months ago but the date as been pushed back four times.

But she said: “There is data proving the efficacy of the vaccine but there seems to be some manufacturing issues. But it has been approved by the World Health Organization and has already been used in India.”

However, while volunteers in England have been able to access the domestic Covid passport, the Scottish system which comes into operation on Monday, does not.

The volunteer said: “We have been trying to talk to the Scottish Government since June to resolve this.

“Before we signed the consent form to have the vaccine we were told we would be treated the same way as everyone else.”

Professor Jonathan Van-Tam, the UK’s Deputy Chief Medical Officer, said at the time: “The Department of Health and Social Care makes a firm commitment to all volunteers in formally approved Covid-19 vaccine trials in the UK that you will not be disadvantaged in terms of any future domestic vaccine certification, if introduced, compared to anyone else who has had their vaccines under the standard NHS programme.”

And he added: “The government will ensure that information on those in clinical vaccine trials is linked to any potential mechanisms to demonstrate your vaccine status to ensure that anyone on a vaccine clinical trial can prove they are in a clinical trial and, therefore, should be treated as fully vaccinated.”

Jill continued: “That was for all UK partnerships, not just England.”

In England those planning on travelling abroad are being invited, under medical supervision, to have a new set of Pfizer vaccines so they can access QR codes but that has not been arranged for Scots volunteers to date.

Jill said: “It was suggested to me at the clinic I attend that I should go to a drop-in centre and get a second set of vaccines but there is no safety data available and when I contacted the National Institute for Health Research I got a letter saying if I did so it would be at my own risk.”

She added: “In England volunteers will be given a medical consultation and advice with proper arrangements in place to monitor them.

“They will be given times appointments, it won’t just be a case of going to a drop-in centre and hoping for the best.

“I already know some people in England and one woman in Glasgow who have gone down this route and they have had horrendous side effects lasting at least 72 hours.

“I have asked my own GP and my pharmacist for advice about the drop-in clinic but they have told me there is no safety data on people who have had two full doses.”

Last night Scottish Lib-Dem leader Alex Cole-Hamilton said: “This is the latest twist in the shambolic saga of this illiberal assault on medical privacy.

“That the brave volunteers who submitted themselves for a vaccine trial should be excluded from this scheme is outrageous.

“And it is further evidence that the IT system behind Covid ID cards just isn’t up to the job.

“It is another reason why the SNP needs to abandon this ridiculous scheme now.”

A Scottish Government spokesperson said: “We are extremely grateful to everyone who has volunteered for vaccine trials in Scotland. They have all made a tremendous contribution to tackling the COVID-19 pandemic.

“People who took part in the Novavax trial should have now received a paper vaccine certificate containing a barcode.

“These certificates are fully equivalent to the certificates provided through the normal route. They enable easier access to venues and will also permit smoother inbound entry to the UK.

“They do not have QR codes but be assured QR codes are not a requirement for domestic certification. UK partners have agreed that Records of Vaccination certificates for clinical trial participants will be accepted at venues.”

Scotland’s vaccine passport app was hit with early problems when thousands were unable to download it or get it to work on their phones.

As a result, the legal enforcement of the new vaccine passport scheme was delayed for two weeks and will kick in on Monday.

The passport is needed for foreign travel, access to nightclubs and concerts as well as outdoor events with more than 10,000 people - such as big football games.