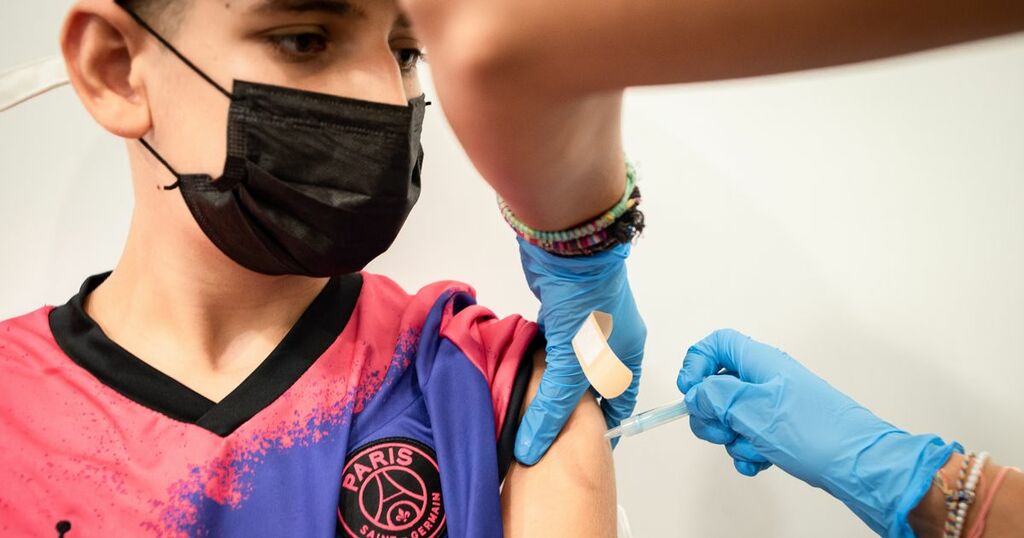 The UK's four Chief Medical Officers today recommended a "universal" rollout of the Pfizer jab to children aged 12 to 15 - after judging it will help prevent schools chaos over winter.

All UK over-16s are already able to get the jab, with 16 and 17-year-olds getting an "initial" one dose instead of two. Under current rules, 12-15s could only get it if they were in vulnerable groups.

Tory ministers are tipped to accept the advice shortly, which would mean a mass rollout of jabs could begin on school grounds in days.

It's expected parents will be asked to give consent before their child is vaccinated.

The Chief Medical Officers advised that children aged 12 to 15 are only offered one dose of the Pfizer jab for now.

It comes 10 days after the JCVI stopped short of recommending the jab for all 12-15s - saying that while there was an overall benefit to children's health, that benefit was only marginal.

The condition causes the heart muscle to become inflamed, reducing its ability to pump blood. The majority of cases picked up so far had recovered after contracting the condition.

The Chief Medical Officers came up with different advice today because they looked at the wider benefit to kids' schooling, as well as the benefit to their health.

They found mass vaccination of over-12s will "likely" reduce Covid outbreaks in schools, cutting the odds of classes being shut down.

Warning the epidemic will be "prolonged and unpredictable", the Chief Medical Officers said: "Local surges of infection, including in schools, should be anticipated for some time. Where they occur, they are likely to be disruptive."

It is understood they do not see vaccination as a "silver bullet" that will stop all outbreaks.

But it will help cut disruption to education - which the CMOs view as critical after 18 months of interrupted learning - when further expected surges arrive in the winter.

Sources insisted the JCVI and CMOs were not split, and had come up with different advice only because they looked at different factors.

The Chief Medical Officers reached their conclusion without factoring in the benefit to adults - who are more likely to die from Covid - of children being vaccinated.

This meant they avoided the ethical dilemma of whether to recommend a child get the jab on the basis it would protect someone else.

A Department of Health and Social Care spokesperson said: “We have received advice from the four UK Chief Medical Officers on offering COVID-19 vaccination to young people aged 12-15.

“We will set out the Government’s decision shortly.”

Separately, it's thought Boris Johnson will soon confirm plans for tens of millions of Brits to get a booster of the Covid vaccine this winter.

The JCVI is thought to have delivered its final advice on third doses, with all over-50s and vulnerable tipped to benefit.

Boris Johnson revealed today a booster rollout had been "already approved", even though he had only been due to announce the details on Tuesday.

The Prime Minister will hail boosters and jabs for 12-15s as key planks in a winter 'toolkit' of options and possible restrictions to keep the virus at bay.