Why positivity rate is key to covid control 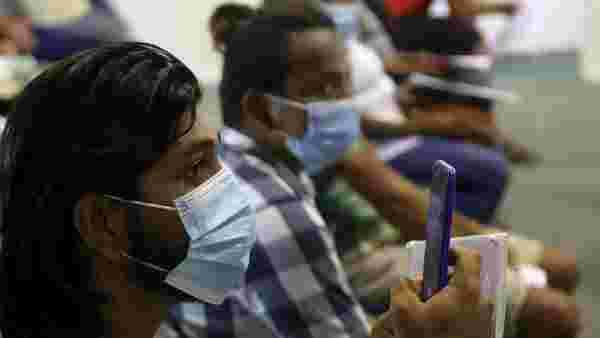 India's covid-19 test positivity rate (TPR), or the share of tests turning positive for the virus, dropped to 2.4% this week from the second-wave peak of 25% in late April. However, the figure still exceeds the critical 5% threshold in 69 districts in the country, latest data shows.

These districts are spread over 12 states and Union territories (UTs)—mostly Kerala and the Northeast states. Of the 69 districts, 36 have a TPR above 10%, and seven are above 20%. Worryingly, in 49 of these districts, the ratio has worsened in the last two weeks.

A below-5% positivity rate indicates that the infection is under control. This reflects in rising public mobility and economic activities, with the Nomura India Business Resumption Index returning to pre-pandemic levels last month. Reducing the TPR below 5% across India will help recovery become more broad-based.

Nine of the 10 districts with the highest growth in TPR are from the Northeast, which otherwise has relatively fewer active cases. Aizawl in Mizoram, which has the most active cases in the region (7,087), saw its TPR go up by 7.4 percentage points (pp) in the last two weeks.

Ernakulam and Kozhikode in Kerala, which have over 30,000 active cases each, saw their TPRs go up 3.6 and 2.5 pp, respectively. In addition to covid-19, Kozhikode is also fighting the threat of Nipah virus, which killed a 12-year-old boy last week. Maharashtra has three districts with high TPR. Pune (12,364 active cases) saw its TPR grow by 1.3 percentage points during the period.

The five states with the most deaths—Kerala, Maharashtra, Tamil Nadu, Karnataka, and Andhra Pradesh—had 83% share in the total deaths in the country in the past week, compared to 80% a week ago. All five, except Kerala, reported a decline this week. Maharashtra halved the number of deaths this week to 466.

Among the 10 districts with the highest toll, seven belong to Kerala. Kozhikode reported not only the most deaths (162) among districts, but also, at 51%, one of the sharpest increases since last week. It is followed by Thrissur and Palakkad, both of which reported a decline.

India’s vaccination coverage grew by 5.7% to 716 million doses in the last seven days. It crossed the 10 million-doses-a-day mark four times in the last two weeks, most recently on 6 September when it administered 11.5 million doses, its second highest. India averaged about 7.6 million doses a day in the past week, almost 1.5 times that of last month.

Among the states with 10 million+ population, Himachal Pradesh, with 996 doses per 1,000 persons, leads in vaccination coverage so far, followed by Kerala (859), Uttarakhand (811), Gujarat (796) and Delhi (780). All these states have been among leaders since early April.

Five of the eight North-eastern states—Arunachal Pradesh, Nagaland, Manipur, Meghalaya, and Tripura—have seen the lowest rise in coverage, each reporting a rise of less than 25 doses per 1,000 persons in the past week.

Globally, Bangladesh ceded its top spot among the most populous countries to Indonesia in terms of weekly increase in vaccination coverage. The Indonesian government accelerated its drive partly due to 500,000 AstraZeneca vaccines it received from Australia—the first instalment of Australia’s commitment to share 2.5 million doses with Indonesia this year. Indonesia has also approved two more vaccines for emergency use—single-dose jabs produced by Janssen Pharmaceutical Companies, part of Johnson & Johnson, and China's CanSino Biological Inc.

Despite the relative slide, Bangladesh has increased its vaccination coverage. It launched a mass vaccination drive for the second dose earlier this week, propelled by the one million Pfizer doses that it received last week from Covax. It is set to receive five million more doses in phases this month. Meanwhile, India has assured that its vaccine exports will resume soon, but did not commit to a timeline.

(howindialives.com is a database and search engine for public data)