The government, which is considering lifting its ban on foreign tourists starting in June, is also moving toward exempting some visitors from undergoing the COVID-19 border testing that is currently required for all arrivals, several government sources said.

The exemption will be applied to visitors from countries with pre-departure PCR tests that are deemed highly accurate. The government also aims to raise the cap on international arrivals from the current limit of 10,000 people per day to 20,000.

The government, in working out the details to start accepting group tours from abroad in June, realized that the drastic increase in the number of visitors would make it difficult to continue having every individual undergo a coronavirus test.

As such, the government is considering exempting either those who come from countries that conduct pre-departure PCR tests with a proven high degree of accuracy, or those who have received a third dose of a COVID-19 vaccine approved by the Japanese government.

Currently, all arrivals and returnees, including Japanese nationals, are required to submit a certificate of a negative PCR test result within 72 hours before departure, then undergo a quantitative antigen test at the airport upon arrival.

The government raised the cap on international arrivals from 7,000 to 10,000 on April 10. As the measures have drawn criticism from business circles as being too harsh compared to those of the United States and Europe and a hindrance to economic activity, the government plans to raise the cap further as it lifts the restriction on foreign tourists.

Foreign tourists will be restricted from using public transportation such as trains for the time being.

In a related move, the Foreign Ministry announced Monday that starting Tuesday, it would abolish the three-day quarantine in designated facilities required for visitors from South Korea. Up to then, only those who had received a third dose of vaccination were exempted from this provision.

About 50 overseas tourists will be allowed into Japan on group trips this month as part of a test project led by the government, it was announced Tuesday.

Japan is considering whether to reopen its borders to tourist groups from June. According to Land, Infrastructure, Transport and Tourism Minister Tetsuo Saito, the government will use the test project to study concrete measures to effectively manage such tourists' activities and prevent the spread of the novel coronavirus.

"The international flow of people between Japan and other countries, including tourists, is extremely important for Japan's economic activities and the revitalization of regions. We will gather the necessary information to resume accepting foreign tourists," Saito said at a press conference after a Cabinet meeting on Tuesday.

In the test project, foreign visitors will be required to show proof that they have been vaccinated three times and are covered by private medical insurance. They will travel to destinations that have been approved by prefectural governments.

The tourists will be accompanied by tour conductors and their activities managed by Japanese travel companies.

According to the Japan Tourism Agency, about 10 to 15 group tours from the United States, Australia, Thailand and Singapore are planned under the test project this month. Specific travel schedules and destinations will be decided later.

After the project, the government will compile guidelines for travel agencies and accommodation facilities, including measures to be taken if a person is found to be infected with the coronavirus. 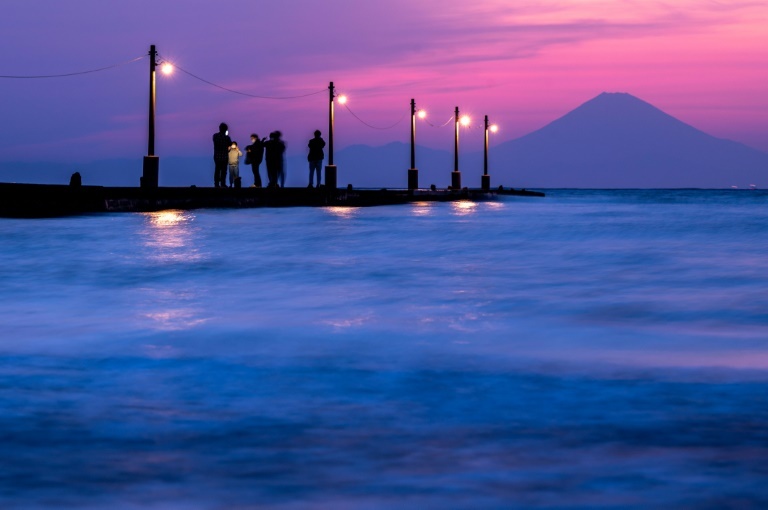 Japan to trial group tours in move to ease Covid border rules
Tokyo (AFP) - Japan will trial small group tours with travellers from the US, Australia, Thailand and Singapore from this…

AFP
One subscription that gives you access to news from hundreds of sites
China relaxes some COVID test rules for U.S., other travellers