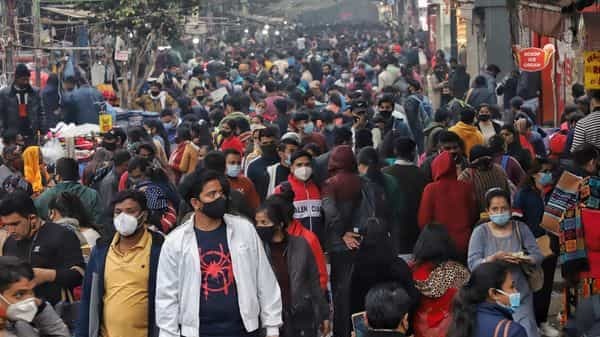 Delhi Lieutenant Governor Anil Baijal on Monday announced to close the restaurants and bars and to allow only 'take away' facility in Delhi as coronavirus cases continued to surge in the national capital.

"In view of the increase in positive cases it was decided to close the restaurants and bars and to allow 'take away' facility only. It was also decided to allow operation of only one weekly market per day per zone," he said.

"Officers were advised to strictly ensure wearing of masks and adherence to social distancing by citizens in market places and public areas to break the chain of transmission," Anil Baijal further added.

The meeting also discussed scaling down full seating capacity in Metro trains and city buses from current to 50%.

DDMA has ruled out a possibility of lockdown but hinted at stricter restrictions.

Delhi LG said the health department was advised to make adequate arrangements for additional manpower in hospitals and to scale up the vaccination efforts including to those in population between 15-18 years.

The health department was also advised to take up positive messaging particularly through the vernacular media to elicit community support and to advise the citizens against any panic reaction.

"All stakeholders were called upon to work in a coordinated manner to deal with the pandemic," Baijal said in a series of tweets.

Kejriwal had on Sunday said the rapid speed at which the coronavirus was spreading in Delhi had been a matter of "deep concern", yet added there was no plan to impose lockdown.

The DDMA has issued detailed guidelines in response to the coronavirus pandemic to break the chain of infections, that will be imposed as per the level of alerts.

This Graded Response Action Plan consists of 3 parameters i.e. positivity rate, cumulative new positive cases and average oxygenated bed occupancy for lockdown or unlock in Delhi. Based on these parameters, four levels of alert will be imposed in the national capital as recommended by a high-level state committee.

The Level 1 alert of Yellow alert will be triggered or imposed if the case positivity rate has crossed 0.5% for two consecutive days or cumulative daily positive cases (seven-day rolling average) cross 1,500 or average oxygenated bed occupancy (seven-day average) is above 500.

Meanwhile, the Level 2 alert or amber alert takes into account positivity rate of more than 1%, cumulative daily average cases 3,500 or if bed occupancy is over 700.

Similarly, Level 3 (Orange) and Level 4 (Red) alerts will be considered in the national capital if the positivity rate is over 2% and 5% respectively. Other parameters to trigger level 3 and level 4 alerts include cumulative daily cases touching over 9,000 and 16,000 or the bed occupancy rate exceeding 1,000 and 3,000 respectively.