Covid-sniffing dogs at Miami airport are ‘over 99 per cent accurate’, says doctor 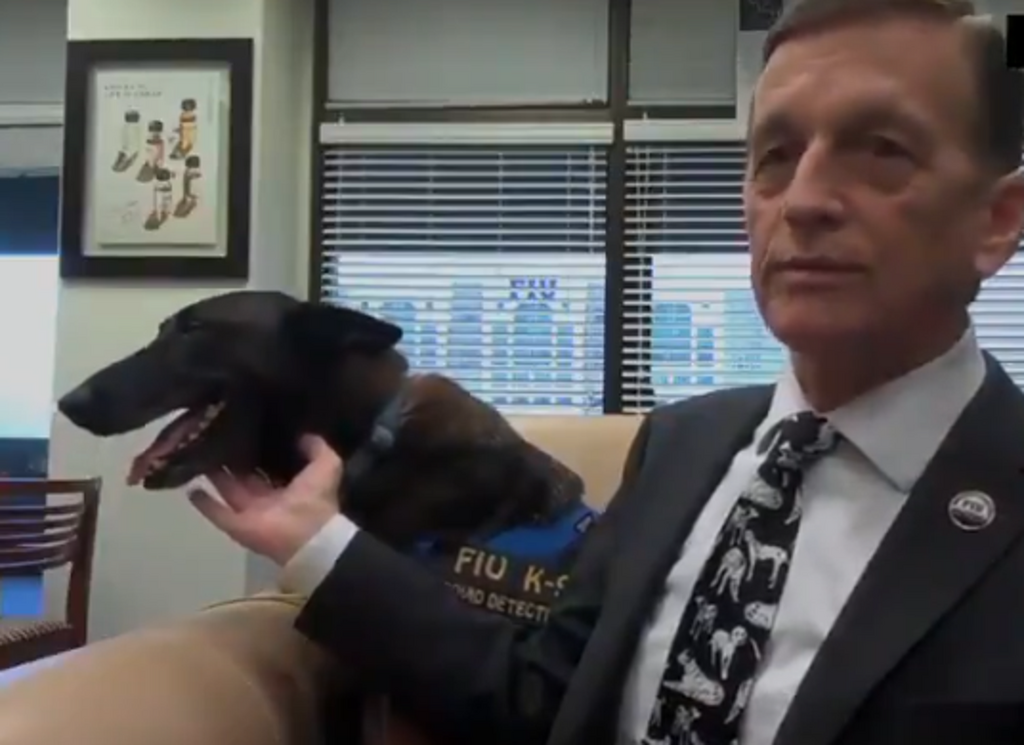 Two dogs that can detect Covid-19 through an infected persons’ breath and sweat are being deployed at Miami International Airport.

Cobra, a Belgian Malinois, and One Betta, a Dutch Shepherd, were found to be between 98 and 99 per cent accurate in picking up the virus in peer-reviewed, double blind trials at the Forensic and Justice Center at Florida International University.

The two seven-year-old dogs will sniff employees’ masks at a security checkpoint to find a scent caused by a metabolic change which occurs when a person contracts Covid in a 30-day trial, the first time of its kind at an American airport.

Should the virus be detected, the airport worker will undergo a rapid Covid test.

Kenneth Furton, professor of chemistry and biochemistry at Florida International University, told CNN the dogs were trained using face coverings from infected patients at a hospital. The surface of the masks are “deactivated” so the dogs are not at risk of contracting the virus.

“The big ‘aha’ for me was not only could the dogs be trained for this work, but that they were so accurate,” Prof Furton told the Washington Post.

“Everybody, including humans, are wrong at some point. But she’s almost never wrong,” Prof Furton said, referring to Cobra’s extraordinarily accurate strike rate.

Coronavirus detection dogs have already been used at airports in Finland and the United Arab Emirates.

They were also used to sniff out the virus on basketball fans attending a Miami Heat game in January.

Florida is experiencing an explosion in Covid cases, and had 15,633 new daily cases on Sunday according to a seven-day rolling average.