Covid passport scheme in Scotland could be applied to 'range of scenarios', says John Swinney 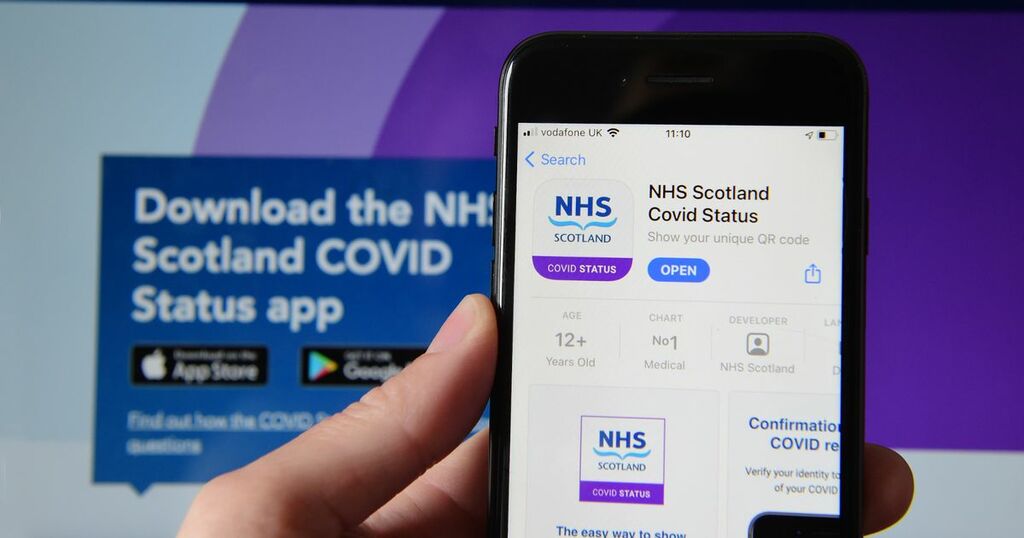 John Swinney has announced a "range of scenarios" are under consideration by the Scottish Government on extending the covid passport scheme.

The Deputy First Minister revealed it was too early to say where the vaccine certification scheme would extend to at the moment, however a decision could be made next week.

Nicola Sturgeon hinted yesterday in the Scottish Parliament there could be an extension in the coming weeks.

She said: "It will be necessary to consider again if extending the scope of covid certification to other venues might be a necessary protection."

The First Minister also said that from Monday the requirement to be ‘fully vaccinated’ for the purposes of covid certification will include having a booster if the second dose was more than four months ago.

Organisers of large events of 1000 or more people should check the certification status of at least 50 per cent of attendees, rather than the current 20 per cent or at least 1,000 people - whichever figure is higher.

She said that the NHS Scotland Covid status app for domestic use will be updated from Thursday so that its QR code includes evidence of booster vaccination.

Asked on the BBC's Good Morning Scotland programme today when the announcement would be made regarding the extension of the passport scheme, Swinney said: "It's too early to say.

"The government will consider these issues at the cabinet next week.

"As I've rehearsed on this programme before, it's important I don't preempt."

Host Laura Maxwell asked if it would be extended to theatres, pubs or restaurants.

Swinney replied: "There's a range of scenarios that could be applied, but the government will consider that and obviously make that announcement to parliament.

"What the First Minister said yesterday was that we would consider the appropriateness of extending the scope of the certification scheme.

"It would obviously provide greater assurance for members of the public and for the wider management of the pandemic that we have a very high level of vaccinated individuals and individuals who are testing on negative in lateral flow devices attending particular events.

"It would be giving a good message to the wider public health agenda, and it'll be good for members of the public and building their assurances about the safety of venues that they might be attending."