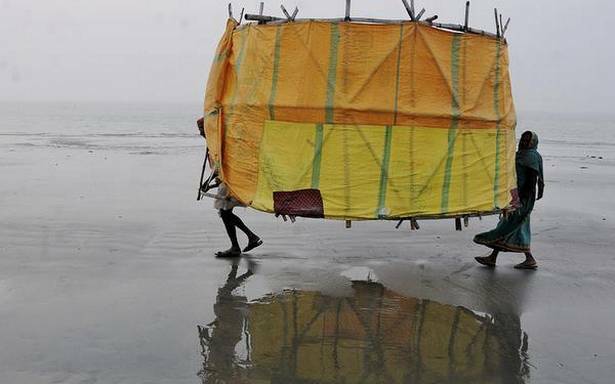 The Calcutta High Court on Tuesday modified its order regarding the Ganga Sagar Mela and said only those having COVID negative report in the past 72 hours would be allowed on the Sagar Island.

“Only those who are having COVID negative in the RTPCR report of within 72 hours will be permitted to enter the Sagar Island,” said a Division Bench of Chief Justice Prakash Shrivastava and Justice K.D. Bhutia.

The State government submitted before the court that the committee “should not only be an independent one but it should not have a political member”.

“To avoid any misapprehension in the mind of the applicants or the State, we deemed it proper to reconstitute the committee with the retired judge of this High Court as chairperson to review the situation on the spot at the Ganga Sagar Island,” the Bench said.

The court said the Chief Secretary, Government of West Bengal, would be personally liable to ensure the compliance of above directions and the directions contained in the January 7 order.

While public health experts have expressed concern over holding the annual pilgrimage, the West Bengal government, in an affidavit in the court on January 6, had informed that it was not in favour of banning the Gangasagar Mela at this stage in view of the arrangements already made.

Lakhs of people from different parts of the country gather on the Sagar Island, about 130 km from Kolkata in the Sunderbans, on the occasion of Makar Sankranti and take a dip at the confluence where river Ganga meets the sea. Pilgrims have already started coming to West Bengal in hundreds to reach the Sagar Island.