By Rebecca Puddy and Evelyn Manfield 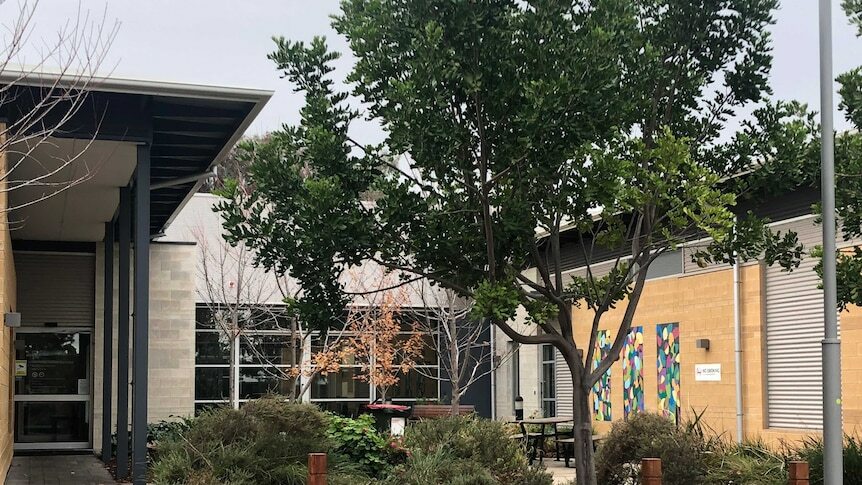 A 20-year-old Adelaide woman battling heroin addiction says the closure of SA Health's rehabilitation unit to become a medi-hotel has left her in a state of hopelessness.

SA Health temporarily closed the unit so it could be used as a medi-hotel for COVID-positive patients who are homeless.

Michelle (not her real name) has been on the waitlist for inpatient detox at the Glenside unit since November and said she has nowhere else to go.

She has previously overdosed, with her family giving her a narcotic-blocking drug to save her life.

"I had hopes that I would be able to withdraw from this drug that was taking control of my life for so long … but that option was just taken away," she said.

"I had called up the information hotline asking about when I would be able to go to the inpatient withdrawal unit because they had told me it would be four to six weeks and it had been two months.

Michelle has been using heroin for about a year and had plans to start afresh in 2022 by moving to Melbourne in February to study and start a new life.

Now, she is faced with the option of either continuing to use heroin, or going through detox at home.

"People deserve hope and they deserve a chance to be able to be clean and what I was hoping to get was another chance to get clean, another chance to start a new life, to study, to distance myself from this really dark part of my life," she said.

"I'm glad I have support around me and I have family who know about what's going on and can emotionally support but unfortunately that's not enough.

"It needs to be a supervised thing around the clock otherwise your only option is continuing to do this, which risks overdosing.

"For people withdrawing from heroin or wanting to withdraw from heroin that's a very dangerous thing — you can have aneurysms or seizures."

Unit is the 'one way' to help

Describing the past few months as a "dark time", Michelle said she felt abandoned by the government.

"I feel like I don't deserve the treatment – as if my wellbeing and my health is not a priority," she said.

"I don't feel like the health system actually cares about me."

Her sister said the family was desperately looking for other options to help support Michelle through withdrawal, particularly because she was actively seeking to get better.

"It was just distressing and I'm really in a situation where I don't know what to do," Michelle's sister said.

"She has overdosed but luckily we had a stand-by overdose reversal medication, which has come into assistance a few times, but it's just so scary that we've even gotten to this point.

"She's seeking recovery but being told at every corner that it's not a priority or is being dismissed."

She said she feared it was the "last shot" to get her sister off drugs.

"I have had to mentally grapple with the fact that she could die at any time, for my own sanity, worrying about her dying every day, I have had to accept it could happen and prepare for that," she said.

"There's not much we can do – we can't go on with life when she's experiencing so much suffering."

An SA Health spokeswoman confirmed the unit had been closed to be used temporarily as a quarantine facility for rough sleepers with COVID-19.

"We apologise to those who have been impacted and thank them for their understanding as we make every effort to protect the community from COVID-19.

"As always, anyone with acute withdrawal issues would be recommended to go to hospital, and other cases will be triaged according to priority."