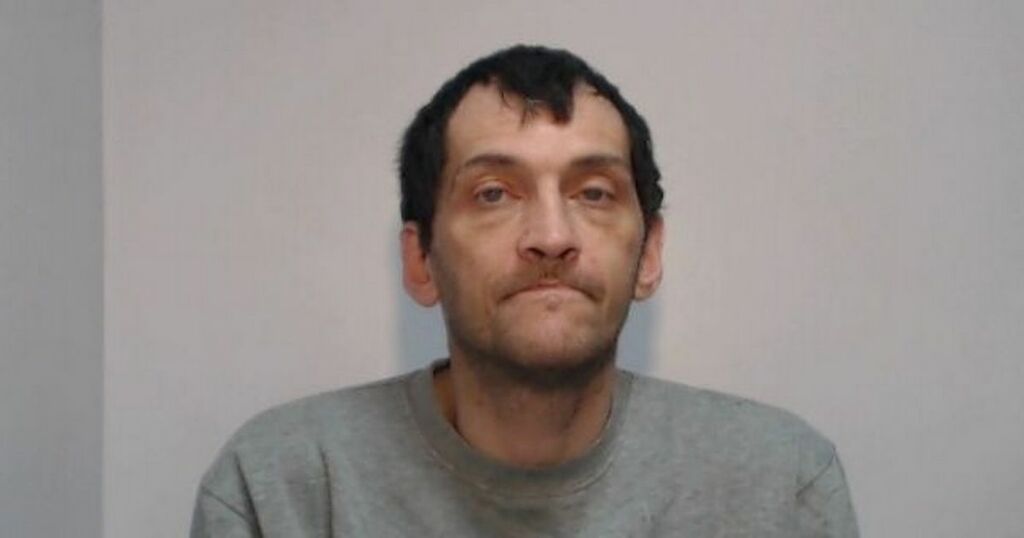 Gavin Banks, 44, and Thomas Kilburn, 23, broke into the woman’s home whilst she was asleep, smashing the glass in her back door.

As the woman fled to the ensuite in her bedroom they came into her bedroom, armed with a hammer, Minshull Street Crown Court heard.

Banks, a neighbour of the woman, then demanded: “where’s the money” and she proceeded to hand over £800 which she had been saving up for work doing on the house.

They both then left the house - leaving a trail of footprints in the snow from the back garden to the house next door.

The woman, whose husband had died just two years earlier, was left frozen with fear.

Both Banks, of Chadderton, Oldham, and Kilburn, pleaded guilty to an offence of aggravated burglary.

Banks was jailed for seven years and six months, Kilburn will be sentenced at a later date.

Prosecutor Clare Thomas told the court that on January 21 of this year, the woman was asleep when she was woken up by the sound of glass breaking at 2.45am.

“She was frozen with fear. She grabbed her phone but was unable to put the PIN number in due to how she was feeling,” the prosecutor said.

“She could hear individuals coming towards the bedroom so she went to go into the ensuite and then the two men entered her bedroom.

“One man was shouting 'where’s the money' and was carrying a hammer.”

The woman assumed that he was going to hit her with it, though Banks denied this.

After falling to the floor whilst trying to defend herself, Banks and Kilburn began searching her bedroom and again demanded the money.

She handed over £800 in cash that she had been saving up for some work that needed doing, the court heard.

The burglars then left the area and the woman called the police.

She told officers that both men were wearing coronavirus face masks and she recognised one of the voices, Banks, as her neighbour and recognised the other one as a friend of Banks.

In a statement read to the court, the woman said she felt ‘very scared and violated’ that someone had come into her home without permission.

“After they left, she started to shake a few hours later,” Ms Thomas said.

“She knew her neighbour, and his grandmother when she was alive, she had helped them in the past.

“She was attacked in her bedroom where she felt she should have been safe.”

The woman has since paid for locks on all the doors in her house.

Officers called to the scene, later found footprints from the rear of her house which led to next door.

Both were men arrested, a hammer was found as well as two muddy pairs of footwear, it was said.

In his police interview, Kilburn claimed that he had gone to a friend’s house and had fallen asleep when he woke to sounds of banging, and assumed it was the police.

Banks said he had been at home ‘chilling’ in bed, then heard a commotion from the back garden.

He added that he thought the police were coming to his house about drugs.

Kilburn was said to have one previous conviction for possession of a bladed article, and Banks has 24 convictions for 49 offences including burglary and assault.

In mitigation for Banks, David Morton said that his client made a ‘hapless’ decision.

“He wishes to utterly apologise to the complainant and wishes her the best for the future,” he said.

“He has already moved from the property and will not return.”

Mitigating for Kilburn, Iain Johnstone said: “He fully accepts he is culpable and that this was part of a joint enterprise.

The court adjourned the sentencing of Kilburn to October 28 in order to seek a psychiatric report due to his mental health condition.

Sentencing Banks, Recorder Imran Shafi QC said: “One can only imagine her sheer terror of being confronted by two masked men.

“What makes the offending even worse is that she had helped you and your grandmother.

“She still feels violated and has had to put locks on all the doors of her house, and is shaken that her neighbour committed such a brutish act. She initially thought she might be killed.”

Banks, of Rydal Avenue, was jailed for seven-and-a-half years.