COVID updates: Victoria's gyms, clubs and cafes to be vaccination hubs — as it happened 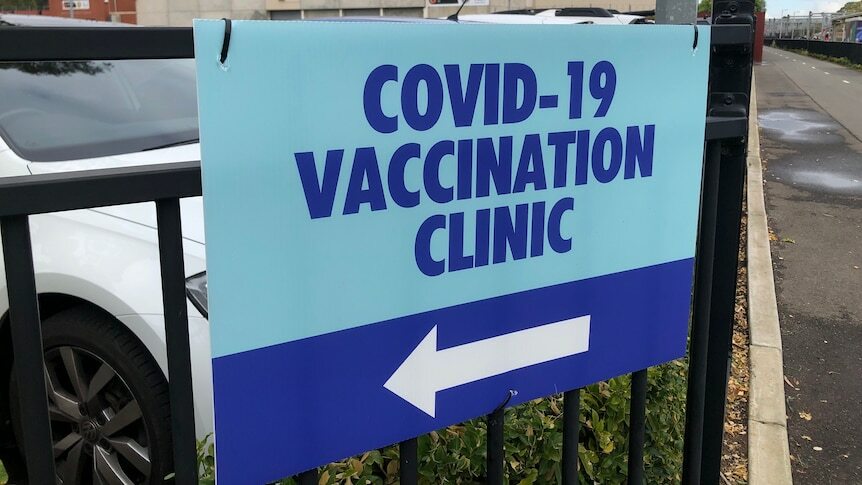 Victorians will soon be able to get a COVID-19 vaccine jab in their neighbourhood without booking.

Look back at all of Thursday's COVID-19 updates in the blog below.

Here are some of the key events from Wednesday:

Goodbye for now, and see you tomorrow

We're going to wrap up the blog there for the night lovely people, but we'll be back tomorrow.

If you want more COVID updates.

If you want to get in touch.

Speaking of case locations in NSW

Here's an update though on some case locations.

Back to you in the audience

Can we get an update for SA please?

Of course you can. There's one new case in SA - a man in hotel quarantine who was a close contact of a previous case. The state has reached 56.2 per cent double-dose vaccinations and 74.0 per cent single jabs administered.

I thought the COVID-positive man in Hobart had travelled from NSW via Victoria. If this is true please amend the previous posts. We in Victoria don’t need to blamed for something that wasn’t our fault. Thanks!

He travelled through Victoria but I can see how my wording was confusing so I've amended that wording. I also would like to say though, I think it's worth doing away with this state separatism - we're all Aussies right?

It seems strange that since Perrottet became premier that we don't get breakdowns of NSW case locations. Has he influenced the media in this regard? There are outbreaks in the regions that have been unreported. Why?

This is more just the shift towards opening up with vaccination rates. He may not discuss it in-depth at the pressers but he has no sway over ABC reporting.

Hey Caitlyn, what are the rules for going from regional NSW into Victoria?
I’m have not seen family for over a year and am dying to see them. Please help!

-Trying to get over the border!

No official directives announced on this - stay tuned though, we're likely to hear about it soon and guessing it'll be sometime in November if we stay on this current trajectory for vaccinations.

Mr Gunner also issued a stern warning to a handful of remote Indigenous communities, directing residents to get vaccinated.

The announcement has frustrated Les Turner, CEO of the Central Land Council (CLC), saying there was no consultation and the time frame did not give Indigenous communities enough time to reach the 80 per cent vaccinated target.

"It's very concerning for us in terms of opening up too soon," he said.

After a long wait, tourist destinations in parts of South-East Asia, including Bali, are beginning to re-open to some foreign travellers.

Brits told not to panic buy for Christmas after port chaos

Britain said on Wednesday that people should buy normally for Christmas and that there would be no shortage of gifts after shipping containers carrying toys and electrical goods were diverted from the country's biggest port because it was full.

Maersk, the world’s largest container shipping company, has diverted some vessels away from Felixstowe port in eastern England because there is nowhere left to stack containers at the port amid an acute shortage of truck drivers.

"I'm confident that people will be able to get their toys for Christmas," Conservative Party Chairman Oliver Dowden told Sky when asked about problems at Felixstowe port.

He said he was sure Christmas gifts would be delivered this year.

The NSW man flew through Victoria into Hobart and left hotel quarantine.

Some words from the comments section

You can share your comments or questions by logging in at the blue button, we love to hear from you!

The vaccination hesitancy in WA is driving me wild. I have lost my father overseas in the last few weeks. The rhetoric needs to change to give the adoring fans of Mr McGowan an ultimatum of when they need to ensure they are vaccinated by. I think the messaging is starting to change but I believe using the "covid" problem as a cover for their deficiencies in getting the healthcare system ready.

I moved to Vic from Qld this year because I couldn’t see my kids last year due to border closures. I used to think I could wait a bit longer to get vaxxed til there was more info - because we weren’t really affected in Qld. But when we went into lockdown in Vic earlier this year I just went and got AZ thinking we can’t go on living like this. I’ve had cancer in my life and made some hard choices. This one is not that hard - getting vaxxed. We live in a country that has amazing health care and it keeps us safe compared to the rest of the world. Being a community keeps us safe. Get vaxxed!

And some adorable doggos because we need it at this time of day!

When oh when can we travel?

I don't have a crystal ball, so can't answer some of these, but I'll do my best.

I feel your pain, South Aussie desperate to go to NSW! I am in Vic and my wedding dress is stuck in Qld! I'm hoping I can see it at Christmas time, along with my parents who are also up there. I haven't seen them since March and my dress since last Christmas, so it will be a joyful reunion on multiple fronts. Sending positive vibes to all those separated from family and friends and wedding attire!

Will caps on inbound international flights be lifted in November? Are there any more details concerning home quarantine requirements for returning, vaccinated Australian citizens flying into NSW?

Hi Jo, the Premier said he wants this to happen, and soon.

In a video posted to social media, Prime Minister Scott Morrison said he had spoken to Mr Perrottet about opening the international border into NSW faster than anticipated, as the state's vaccination rate continues to climb.

The federal government has announced international borders will reopen in November for states that have reached 80 per cent vaccination rates, starting with NSW.

Fully vaccinated Australians and permanent residents arriving in NSW will be able to quarantine at home rather than a hotel for a week, pending the success of the state's home quarantine trial.

Mr Morrison said he and Mr Perrottet had discussed how to accelerate that plan once home quarantine begins.

"I know the NSW government is looking at ways to fast-track home quarantine in November and if that happens we will be able to move to facilitate the opening up of the international border into NSW sooner," Mr Morrison said.

Mr Perrottet said he wanted to open international borders as quickly and safely as possible to get stranded Australians home.

He said if the state was able to do so, it would help other states return residents home, particularly those with lower vaccination rates - "just Queensland should pay that bill," he said. 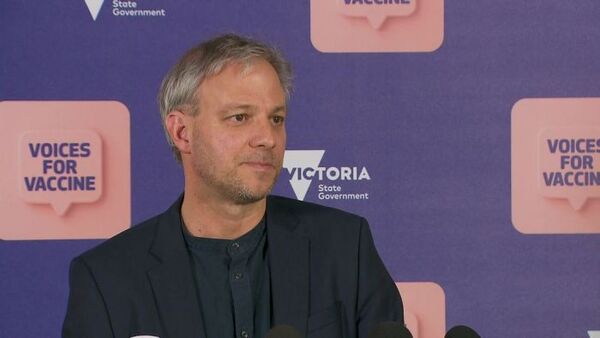 The Victorian Chief Health Officer Brett Sutton told Drive there is "every chance" Melbourne could exit lockdown earlier than planned.

Victorians could hear an announcement on the relaxation of restrictions "at the end of this week, if the clarity is there," he said.

While the state continues to record more than 1000 daily infections, Professor Sutton said "at worst we're in a plateau phase, but I'm reasonably confident we're in the downslope."

Listen to his chat with Raf Epstein here.

The Therapeutic Goods Administration (TGA) has formally invited Pfizer to apply to be able to administer its vaccine to children aged between 5 and 11.

But before you get too excited - this is just an incremental step in the lengthy process any company has to go through when they apply to roll a vaccine out.

We've been hearing for weeks now, both from the Health Minister Greg Hunt and from the head of the TGA that this would happen.

In fact, the government's been keen to make it clear it'd like Pfizer to make that application now it's allowed.

As the TGA puts it, it's the "first step" in the process to have it approved for the younger age group.

If Pfizer does apply, the TGA will then consider whether it should approve the jab for 5 to 11 year olds.

Is there a roadmap for South Australia?

When is SA to announce its road map? Our vaccination roll out is too slow.
I wonder whether it is on purpose so SA can see how NSW and VIC handle the lifting of restrictions. I desperately need to get to NSW for my wedding dress.

There's no specific roadmap for South Australia, or a confirmed date for one to be announced, however Premier Steven Marshall has indicated it will have "nuanced" border arrangements in place once the state reaches 80 per cent vaccination rates.

"Rather than locking down an entire state, we can move down to identifying and isolating those areas in each state where there may be a cluster," Mr Marshall said.

WA's Vaccine Commander is warning the state cannot keep COVID-19 out forever, and that only seven out of 10 West Australians have had their first shot.

Chris Dawson was visiting Kalgoorlie-Boulder, which has one of the lowest vaccination rates, with just 58 per cent of people over 16 having had their first shot.

Just a week ago, Mr Dawson announced the milestone that 70 per cent of people aged over 16 in WA had received their first vaccination dose.

But the messaging seemed to have shifted away from celebrating the milestone.

'We will not keep it out forever'

"I have a couple of sobering messages for you," Mr Dawson said on Wednesday morning.

"Only seven out of 10 West Australians have got their first jab and just over five out of 10 over the age of 16 have been fully vaccinated.

"We have been able to keep this disease at bay for nearly two years. We will not keep it out forever.

"This is why it is so important that you get vaccinated now. It will come, it will infect, and it will kill some people."