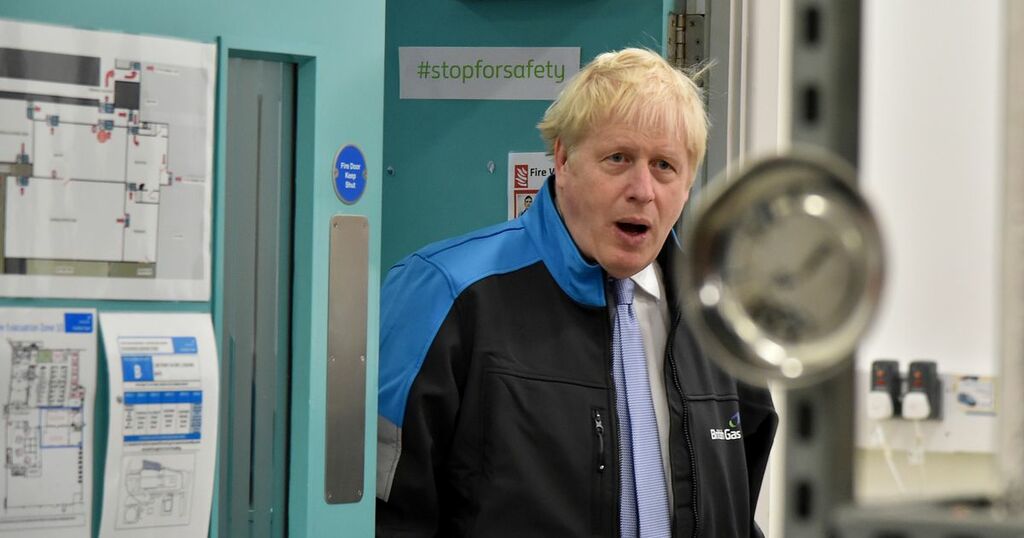 Here are the coronavirus morning headlines for Tuesday, September 14, as the UK Government is to set out plans for Covid booster jabs.

It is expected all over 50s will be offered a third jab - starting with the over 70s and the most vulnerable. The programme will be UK-wide. The shot of the Pfizer/BioNTech vaccine will be administered at least six months after the second dose amid concerns the protection it gives to older people fades over time. Why a booster could be necessary.

Mark Drakeford has already said Wales is ready to give Covid vaccine boosters to the most vulnerable.

Ministers believe it will help prevent the NHS becoming overwhelmed by new cases of the disease as it moves into the autumn and winter. However, it has been criticised by some scientists, who argue the priority now should be to get the jab to those countries which have received only scant quantities of the vaccine.

Downing Street confirmed ministers had received the final advice on the issue from the Joint Committee on Vaccination and Immunisation (JCVI). Health Secretary Sajid Javid will set out the details when he unveils the UK Government's winter Covid plan for England in a Commons statement on Tuesday.

Boris Johnson has been scheduled to lead a Downing Street news conference - although it is unclear whether he will still do so following the death on Monday of his mother, Charlotte Johnson Wahl.

The Prime Minister remains determined to avoid another lockdown, with Downing Street insisting it will only be considered as a "last resort". Instead, ministers will focus on vaccines as the "first line of defence" supported by testing, public health advice and a new variant surveillance system.

Officials argue deaths and hospital admissions have remained relatively stable over the past month as evidence suggests the vaccines have been highly effective in preventing serious illness.

Ahead of the announcement, Mr Johnson said: "The pandemic is far from over, but thanks to our phenomenal vaccine programme, new treatments and testing we are able to live with the virus without significant restrictions on our freedoms. I will set out a clear plan for the autumn and winter, when the virus has a natural advantage, to protect the gains we have made."

It is thought ministers will retain the options of a return to wearing face masks in public places and restoring work-from-home advice if cases take off again. However, other measures - such as requiring vaccine passports for people attending nightclubs or other crowded venues - have already been shelved.

It is expected the Government will announce it is repealing a swathe of powers taken through the Coronavirus Act which are no longer considered necessary. They include measures to close down sectors of the economy, apply restrictions to events and gatherings and powers to detain infectious people.

Some measures will be retained - including sick pay from day one for people who are self-isolating, powers to direct schools to remain open if they close against Government guidance, and helping the NHS attain the emergency resources it needs. It will remain a legal requirement for people to self-isolate if they test positive for the disease.

At a Downing Street briefing on Monday, Prof Chris Whitty, England's chief medical officer, said "anybody who believes that the big risk of Covid is all in the past... has not understood where we're going to head as we go into autumn and winter".

He said there would continue to be "pressure on the NHS" and "disruption to education".

Vaccine to be offered to all aged over 12

All healthy children aged between 12 and 15 years old should be offered the coronavirus vaccine, the UK's four chief medical officers have concluded.

The CMOs were asked to assess the societal benefit of vaccinating this age group, including the impact the pandemic has had on education. The JCVI had previously advised against the step, saying the medical benefits were only marginal. However, in their advice the medical officers stressed the impact of missed schooling due to Covid on children's education and mental well-being.

The Welsh NHS had already started preparing to roll out vaccines for all 12 to 15-year-olds in the event that the CMOs recommend the programme. Read what the CMOs had to say here.

The Welsh Government is considering the recommendation and will make an announcement soon, while ministers in England have already said the programme of vaccination will begin next week. In a Commons statement, the Vaccines Minister Nadhim Zahawi said parental consent would be sought before the vaccine was administered.

In the "rare event" that a parent declined but the child wanted the jab anyway, there would be a procedure to enable them to receive it if they were deemed "competent".

Rates of Covid start to fall in Wales

There are signs that Wales may have reached the peak of this wave of the pandemic.

For more than a month the Covid rates in Wales have been growing incredibly quickly. Last week the infection rate per 100,000 people went above 500 for the first time since early January and First Minister Mark Drakeford said "there could be 100 new Covid-19 hospital admissions every day as the delta wave peaks".

Go here to see the latest rates in every area of Wales as well as the latest cases, deaths, and jabs figures.

Cases peaked on September 6 at 573 cases per 100,000 it has now dropped to 501 on September 10. We have also seen a fall in the amount of tests coming back positive which is another key indicator. As of September 8 this was down to 18.5% from a high of 19.9% on August 30. If this continues it will be the first long-term turnaround in the R rate since the pandemic started. What the experts say here.

Nearly £50 million is to be invested in Wales's social care sector, the Welsh Government has announced. Most of the funding will be given to local authorities to help meet the ongoing challenges caused by the coronavirus pandemic.

The remaining £8 million social care Covid recovery fund will be spent on specific projects. More details are expected to be given at a briefing on Tuesday.

Julie Morgan, deputy minister for social services, said: "We place huge value on social care in Wales and we ask a lot of the sector. It is facing significant pressures as a result of the pandemic and, just like our NHS staff, the workforce is exhausted from working so hard for so long.

"This new funding recognises the challenges the sector is facing and will help to address some of the financial pressures it faces. It also includes new funding to invest in priority areas to improve services, in line with our ambitions and commitments. We will continue supporting social care in Wales and, as we recover from the pandemic, will build a strong and resilient social care sector."

The Welsh Government said £40 million would be allocated to councils, with the remaining £8 million on a range of projects.

England's so-called Freedom Day, on 19 July, was a "gamble", which has contributed to more than 40,000 hospital admissions and more than 4,000 deaths, the chair of the British Medical Association says as he criticises the government's handling of the pandemic.

Dr Chaand Nagpaul criticised the government's handling of the pandemic saying that the NHS was already in crisis - with almost 90,000 staff vacancies and waiting lists at an all-time high, including record waiting times for cancer treatment - before the pandemic struck.

What is happening around the world

Australia is developing a digital border pass to show the vaccination status of travellers in a step toward further reopening its international border. The government awarded a company the tender to deliver the pass that will replace the current Covid-19 travel declaration form and incoming passenger card. It "will support the safe re-opening of Australia's international borders" Minister for Home Affairs Karen Andrews said in a statement.

Switzerland , which has stood out among European neighbours for its generally more relaxed approach to the pandemic, is joining the ranks of countries now increasing pressure on the unvaccinated. From Monday, residents are being asked to show passes to enter restaurants, cinemas and fitness centres. They must confirm they have been jabbed, tested or recovered from the virus.

Millions of Americans still need to get vaccinated to slow or stop the spread of Covid-19 and getting the pandemic under control could take "many, many" more vaccine mandates, Dr. Anthony Fauci said. The chief doctors warned that if more people are persuaded to get vaccinated they might be made to.

"I believe that's going to turn this around because I don't think people are going to want to not go to work or not go to college ... They're going to do it," he told CNN. "You'd like to have them do it on a totally voluntary basis, but if that doesn't work, you've got to go to the alternatives."

Meanwhile, New Zealand PM Jacinda Ardern extends lockdown in Auckland to September 21. The city will remain in the strict Alert level 4 lockdown until midnight on that date, after which it will move to alert level 3, Ardern said in a news conference.

Coronavirus has 'flipped life upside down' says Duke of Sussex

The Duke of Sussex said the Covid-19 pandemic has "flipped life upside down for so many" as he spoke at an event honouring those taking part in the Warrior Games.

Harry, who spent 10 years in the Army, co-hosted a virtual event for the Games, which celebrates injured active duty and veteran US military service members.

Appearing alongside US First Lady Jill Biden, Secretary of Defence Lloyd Austin and Ken Fisher, CEO of Fisher House Foundation, the duke said the Warrior Games were the inspiration behind the Invictus Games, first held in London in 2014.

The duke was expected to attend the 2021 Warrior Games in Orlando, Florida, but it was cancelled due to coronavirus-related concerns.

He said: "I am so sorry that we're not all together at the Warrior Games where we should be. The pandemic has certainly changed or flipped life upside down for so many people.

"I will never forget that first visit that I had to the Warrior Games, which inspired me to create the Invictus Games and the Invictus Games never would have been created had I not been inspired by every single one of you, and your companions, and the families for everything that you give to the service of this country."