Covid in Scotland: 60% of hospital admissions linked to virus 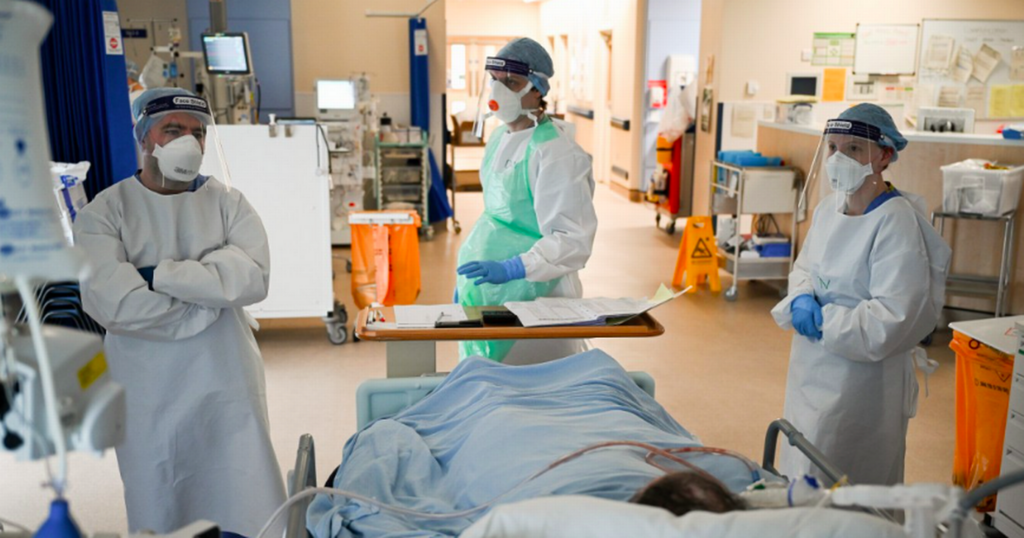 Health bosses have revealed that an estimated 60 per cent of recent hospital admissions in two health boards in Scotland were because of coronavirus.

The figures are based on analysis from NHS Greater Glasgow covering admissions from January 1 and 2 and NHS Grampian from December 30 to January 4.

During the period, 126 Scots from both health boards were found to have coronavirus, while 60 (48 per cent) were "definitely" hospitalised because of the virus with 15 (12 per cent) defined as "probable".

The analysis found that 51 (40 per cent) patients with Covid-19 in hospital were admitted for another reason.

The study also attempted to track the number of people in hospital because of the new variant, but the number of cases where a variant was identified led to the report urging that the numbers should not be "over-interpreted".

According to the report, 11 of the 14 people with Omicron in the two boards were because of the new variant, while 12 of 26 patients were admitted due to the Delta variant - figures deemed "too small to draw any substantial conclusion".

The data was due to be published earlier this week, but a delay was announced by First Minister Nicola Sturgeon on Wednesday, pushing the publication to Friday to ensure the figures were "robust".

The largest age cohort in hospital because of Covid-19 in Grampian between December 30 and January 4 and in Glasgow on January 1 and 2 were those aged between 45 and 64, the analysis showed.

Age was unknown for six of the admissions with the virus.

The release of the figures come after Health Secretary Humza Yousaf warned the NHS would face its toughest period in its history over next week weeks.

He said: "I don't think truthfully there's any way of sugarcoating the fact that these next few weeks will probably be amongst the most difficult our NHS has ever faced and its 73-year existence.

"We are facing pressures on a number of fronts.

"We have the pandemic backlog that has built up over the last 20 months, we have high levels of staff absences again much of that because of Omicron and its higher transmissibility.

"And then of course we also are treating a number of people, around 1200 people, in hospital with covid.

"So those pressures coming during the winter months, but of course we tend to see busier hospitals as pressure on our health service means that there's a perfect storm."