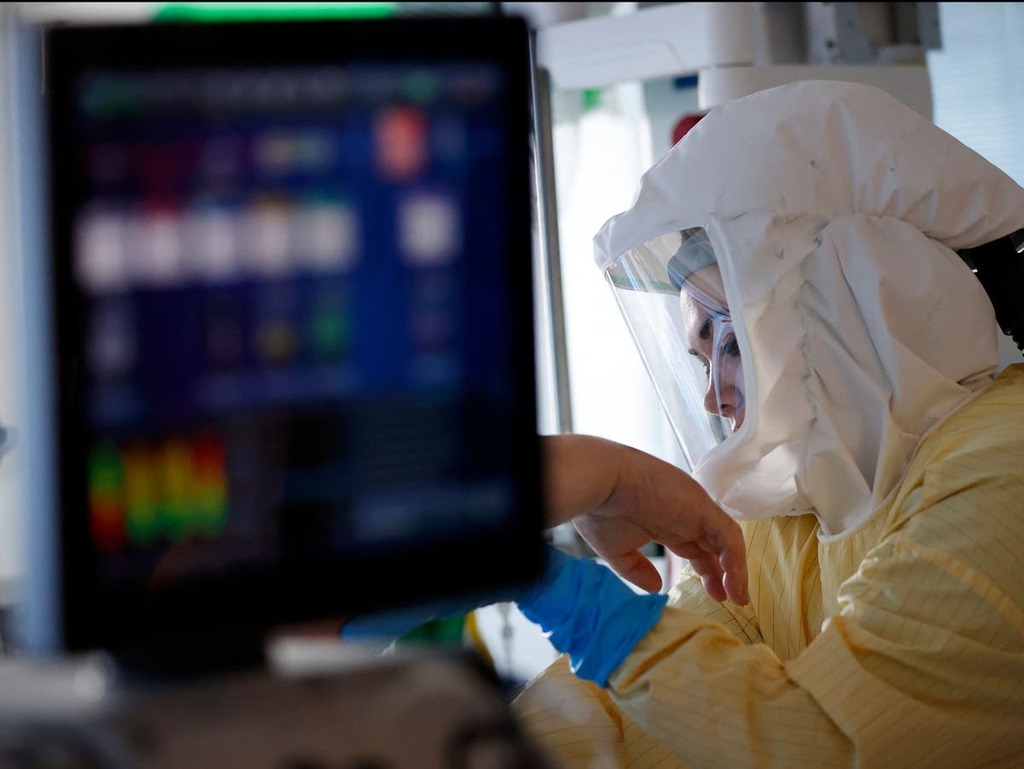 Covid-19 hospitalisations are increasing at an “alarming” rate, experts have warned, putting increased pressure on the NHS as it struggles to cope with a spike in demand for emergency care and the largest waiting list on record.

Covid bed occupancy levels are now at their highest levels since 10 March, according to government data, after daily admissions passed the 1,000 mark this week.

And analysis suggests that the UK could be forced back into another lockdown by mid-November if the number of daily admissions continues on its current trajectory.

It is forecast that hospitalisations would need to hit 1,500 a day for the NHS to once again become overwhelmed by Covid-19 – a figure that could be reached within the next two months if certain measures are not reintroduced.

Downing Street has denied it is considering a so-called “firebreak”, but The Independent reported in July that the government was planning for the reimposition of a number of restrictions – such as mask wearing, social distancing and working from home guidance – if the NHS falls under too much pressure.

Senior NHS officials told The Independent that the recent increase – one that comes as millions of children return to schools and people head back to offices – is “a real concern”.

Saffron Cordery, deputy chief executive of NHS Providers, said the rise in admissions coincides with “an exceptional demand for urgent and emergency care and mental health services, and just as the NHS is working flat out to recover the backlog”.

New figures released this week showed that some 5.6 million people had yet to start hospital treatment at the end of July – the highest figure since records began in August 2007.

“So no one should be under any illusions about the scale of the task we face in the coming months as we head into what looks like being a very difficult winter,” she added.

New analysis from the science analytics company Airfinity shows that the hospitalisation threshold that has led to previous lockdowns in the UK could be met in mid-November if admissions continue to rise unabated. It’s estimated that daily infections will need to surpass 50,500 to reach this point – 37,622 daily infections were recorded on Friday.

Dr Stephen Griffin, a virologist at Leeds University, said it was necessary for “sensible mitigations” to be reintroduced to avoid the need for a lockdown, which he described as an “emergency measure when control is lost”.

“It is frustrating to see the pointless fight to have things return to complete freedom during a pandemic, when the mid- to long-term outcome ends up being harsher restrictions over longer durations,” he said, adding that more patience should have been exercised in waiting to lift measures in the summer “until vaccine coverage was higher”.

Deaths are set to remain low compared to previous waves thanks to the UK’s vaccine rollout and improvements that have been made in treatment, Airfinity added, but the filling of hospital beds will have knock-on effects on the non-Covid services that the NHS can offer.

This was seen on Friday, when the Royal Cornwall Hospitals NHS Trust announced that it had suspended routine and urgent surgeries due to pressures intensified by a “peak” in Covid admissions. Hospitals in Oxfordshire are similarly experiencing “high levels of demand,” according to bosses.

Separate analysis from Colin Angus, a senior research fellow and health inequalities modeller at the University of Sheffield, shows that the majority of hospital admissions in July were among those aged 25-34.

However, since early August, the highest admission rates have been recorded in the 75-84 age bracket, and are “clearly rising” in the over-65s.

“There’s a definite shift towards cases being older now compared to six weeks ago,” said Angus. He suggested this is unlikely to be a result of waning immunity among these groups, which have high vaccination rates, but because cases are beginning to rise.

More cases in these groups raises the possibility of breakthrough infections that lead to serious disease and the need for hospital treatment. “It’s probably more to do with greater exposure to the virus,” said Angus.

Aris Katzourakis, a professor of evolution and genomics at the University of Oxford, said that admissions “are moving in the wrong direction”.

He added: “A much higher rise in hospitalisations is near inevitable, [it’s] hard to say how high it will go, but there are enough unprotected people out there that I expect bad outcomes.”

Matthew Taylor, chief executive of the NHS Confederation, said the “recent increase is alarming, although it’s also clear that vaccination has markedly weakened the link between infection, serious illness and death.

“Where attention is diverted back to Covid, recovering the backlog of elective care – a task that will take years – becomes even more challenging.”

Case rates in England are meanwhile continuing to rise in most age groups, with the highest rate among 10 to 19-year-olds, with 681.4 cases recorded per 100,000 people in the seven days to 5 September.

“Case rates are high, rising, and likely to rise further and faster now that schools have returned, and as the weather means that more people will socialise indoors,” said Dr Peter English, a former chair of the BMA Public Health Medicine Committee.

“The general relaxation of precautions to minimise spread will further drive spread. I know people asks ‘if not now, when?’ - but the obvious answer is ‘when case rates are low enough’.”