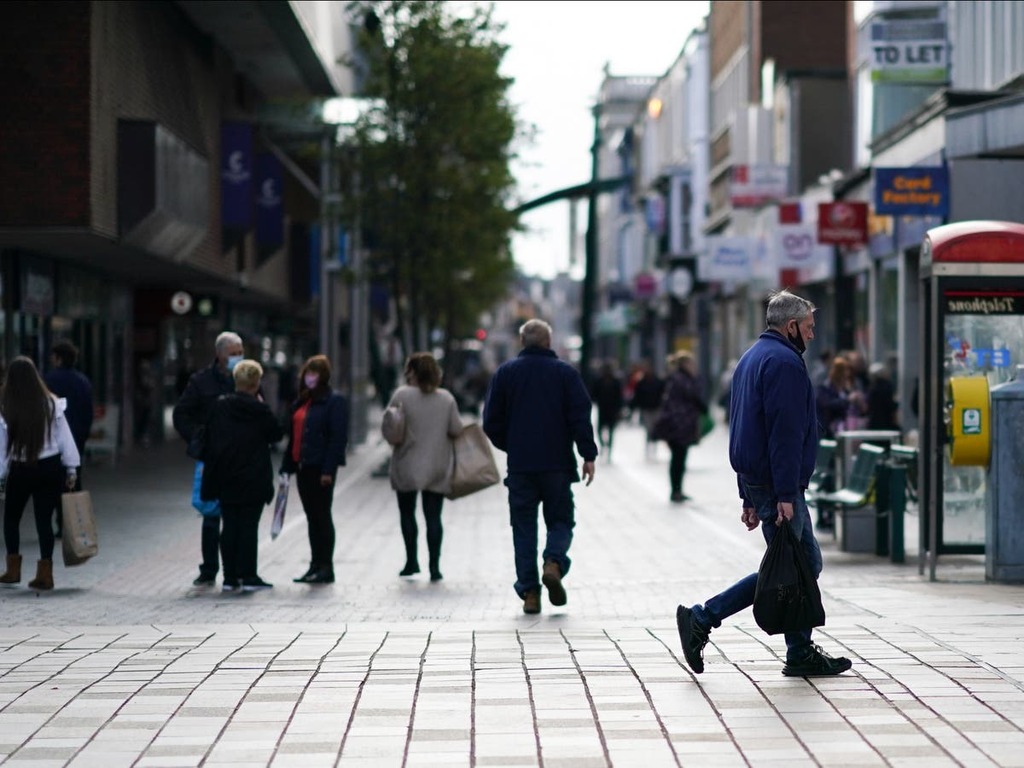 Covid infection rates have tripled in parts of northern England while slowing in London as the country’s coronavirus epicentre shows signs of shifting.

The rest of the country is about “two or three weeks behind” the capital on the spread of the Omicron variant, with the situation in northwest and northeast England now “particularly concerning”, a disease modelling expert advising the government said on Saturday.

“If you look at hospital admissions in those two regions they are going up, also the Midlands, where I live, that's also a little bit concerning, so it is a worry,” said Dr Mike Tildesley of the University of Warwick, who sits on the Sage modelling subgroup, SPI-M.

Of the 15 local areas with the highest overall infections rates in England, 14 of them are in these two regions – as are three of the five UK areas with the largest week-on-week rises, the most recent analysis of official data suggests.

The latest surveillance report from the UK Health Security Agency, published on Thursday, indicated that the epicentre of hospital admissions had moved from London to the North West, with the North East and Yorkshire also on a steep trajectory.

At least 24 NHS trusts have declared critical incidents this week, including one in Northamptonshire on Friday afternoon, with the latest figures showing that nearly 40,000 NHS England staff were absent on Sunday for Covid reasons – a 59 per cent rise from the previous week.

As of Thursday, there were 18,454 patients in hospital in the UK with coronavirus – up from 14,126 a week prior on New Year’s Eve. This is the highest number since February, but remains some way off the nearly 40,000 patients seen at the peak of the second wave on 18 January.

Of those in hospital on Thursday, there were 868 people – equating to 4.7 per cent of patients with Covid – who required mechanical ventilation to help them breathe.

“On the slightly more positive side, so it doesn’t sound all doom and gloom, what we are seeing from hospital admissions is that stays in hospital do appear to be on average shorter, which is good news,” Dr Tildesley told Times Radio.

“Symptoms appear to be a little bit milder, so this is what we are seeing consistently with the Omicron variant.”

In London, there also seems to be signs of hope in terms of case numbers and hospitalisation rates, Mr Tildesley said.

“But the caveat to this is that this week children have gone back to school and a lot of people have gone back to the workplace, so I think we need probably a week or two more before we can say with any confidence,” he continued.

However, Dr Tildesley added that Omicron is possibly the “first ray of light” in ensuring Covid-19 becomes endemic and easier to live with, similar to the common cold.

He said: “The thing that might happen in the future is you may see the emergence of a new variant that is less severe, and ultimately, in the long term, what happens is Covid becomes endemic and you have a less severe version. It's very similar to the common cold that we've lived with for many years.

“We're not quite there yet, but possibly Omicron is the first ray of light there that suggests that may happen in the longer term. It is, of course, much more transmissible than Delta was, which is concerning, but much less severe.

“Hopefully, as we move more towards the spring and we see the back of Omicron, we can get more inter-relationship of living with Covid as an endemic disease and protecting the vulnerable.

“Any variant that does emerge which is less severe, ultimately, in the longer term, is where we want to be.”