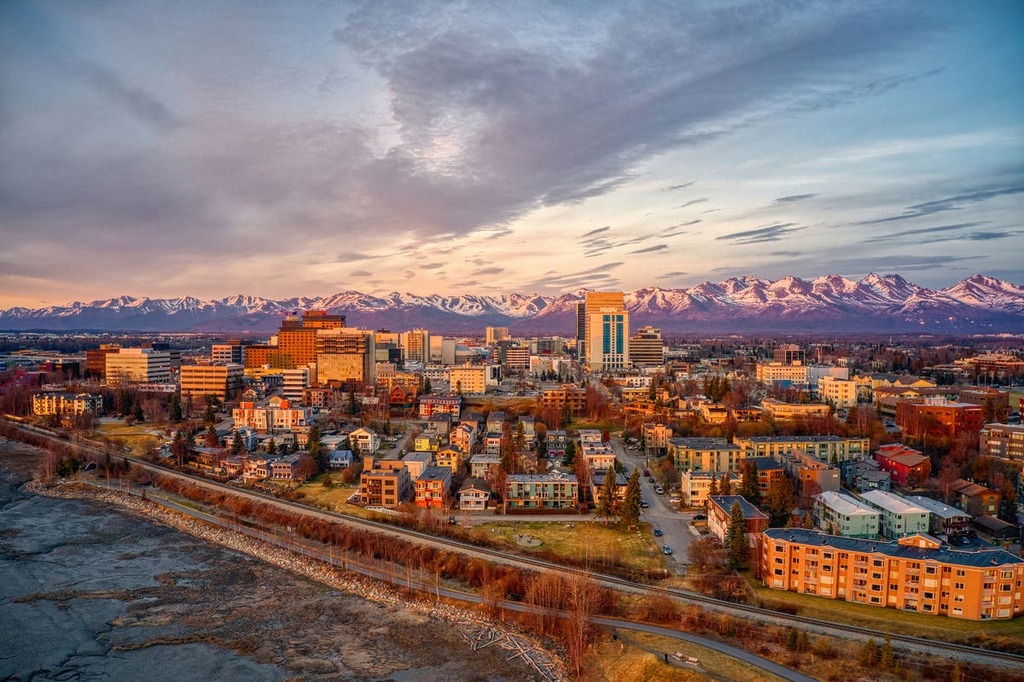 Alaska doctors are being forced to make life-or-death decisions as the state deals with a Covid-19 surge.

Many hospitals in Alaska are above capacity and treating more patients than normal, and 20 healthcare facilities are operating under crisis standards of care.

Alaska had the highest seven-day per capita Covid-19 case rate nationally on Wednesday, according to the Centers for Disease Control and Prevention (CDC), and the state has now topped the national ranks for several weeks as the delta variant has continued to sweep through Alaska.

Alaska has a population of more than 731,500 and has seen more than 125,000 cases during the pandemic, but with 594 deaths, the state’s death rate per capita is among the lowest in the country since the pandemic started.

Covid patients are crowding hospital beds at almost twice the rate of the national average, according to figures from the Department of Health and Human Services

Dr Jeremy Gitomer, a nephrologist at Providence Alaska Medical Center in Anchorage, says they do not have enough dialysis machines to treat the number of Covid patients suffering from renal damage.

He explained that his medical team was forced to stop treating a 70-year-old woman battling kidney failure to free up a machine for a 48-year-old man who had a higher chance of recovery if put on dialysis.

He told CNBC that in the end both patients died, as do 95 per cent of intubated Covid-19 patients on dialysis in the state.

“It’s terrible that I’m living through this because I’ve never seen more people die in my career. I’ve been doing this 25 years,” he explained.

Alaska has vaccinated more than 51 per cent of its population against Covid, ranking it in 35th place in the nation among all states and Washington DC, says the CDC.

The state’s “crisis standards of care” offers hospitals some legal protection if they are forced to choose who gets a bed or ventilator.

Anchorage Mayor Dave Bronson this week vetoed an emergency mask mandate passed by the Anchorage Assembly, which says it will consider a veto override.

Alaska’s enormous geographic size has complicated the state’s ability to fight the pandemic, as the average Alaskan must travel 150 miles one way for medical attention.

In September the state brought in 400 out-of-state medical workers to helped deal with the surge.

“We may have levelled off, but that doesn’t mean we are in a good place,” said Jeannie Monk, senior vice president for the Alaska State Hospital and Nursing Home Association.

“It’s not a place where anybody wants to be for the long term.”