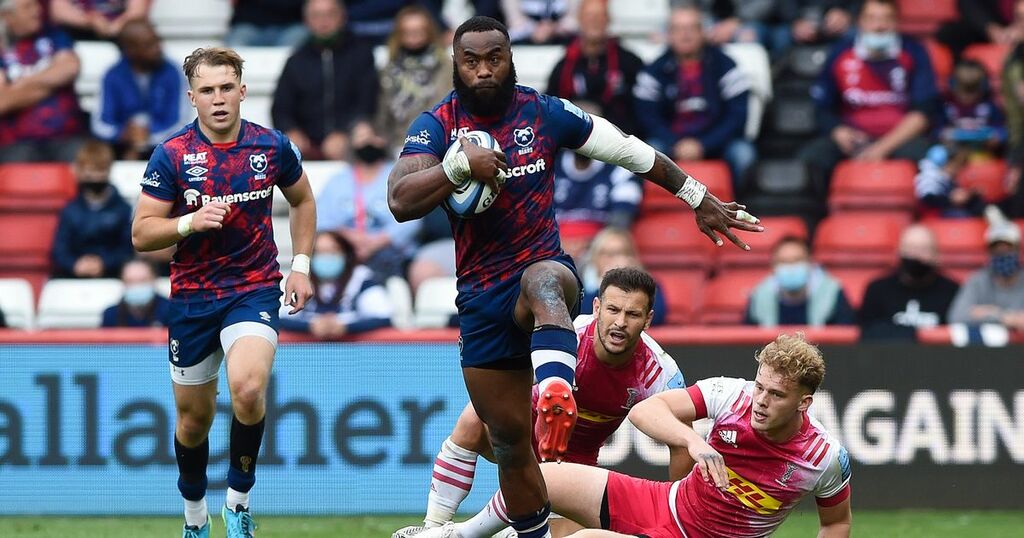 The Fijian 15-a-side captain has been back to the Pacific Island nation to see his family this summer with the permission of the club following his gold medal-winning exploits in sevens at the delayed 2020 Tokyo Olympics.

But with the new Gallagher Premiership season just three days away, with Bristol opening the campaign at home to Saracens on Saturday night, Radradra remains unavailable.

Bears director of rugby Pat Lam said: “Semi was supposed to come back but with Covid issues back in Fiji, coming out of there, he should be back soon.”

Radradra and British and Irish Lions prop Kyle Sinckler are both expected back at training next week but will likely not be involved in a matchday squad until October.

The good news is closer to home, Lam confirmed Bristol are above the threshold of having 85 percent of their players and staff double vaccinated against Covid-19 which means they can begin to relax some preventative measures around the club as allowed by Premiership Rugby this week.

Lam said: “For me everything with vaccinations is about individual choice.

“I don’t do drink curfews or things like that. I always talk about choice. We don’t force anyone to make choices but there are consequences either way on the choices you make.

“The vaccination process, everyone has a choice but what I can say is we are over that threshold as a club.”

The new rules, approved by the professional game board allow an end to social distancing and mask-wearing within training grounds but players will continue to be tested at least twice weekly.

For more exclusive Bristol Bears content sign up to South West rugby writer John Evely's Rugby Week newsletter right here with a team of the week and all the latest news from around the West Country during the 2021/22 season.