By Marc Bastian with AFP bureaus

The more infectious strain is driving a resurgence in the pandemic, especially in the Asia-Pacific region where Thailand, Indonesia and Japan continued to see new records and the city of Melbourne entered yet another lockdown.

But as more of the world gets vaccinated -- particularly in wealthy countries -- deaths have risen at a slower rate, up 20 percent since July, the data show.

China "will strive to deliver two billion doses of vaccines to the world" this year and pledges $100 million (85 million euros) to the Covax system for distributing jabs to the poorest countries, President Xi Jinping said in remarks reported by state broadcaster CCTV.

After months in which Beijing could boast of its success in containing infections, authorities there are again battling a rise in cases -- including in Wuhan, the city of 11 million people where the first mass Covid-19 outbreak occurred.

In Thailand, new cases hit 20,000 for the first time on Wednesday -- and then again on Thursday.

Overwhelmed mortuaries are renting refrigerated containers to store bodies, while medical and other frontline workers are exhausted.

"I've seen our personnel faint quite a few times lately so fatigue is definitely starting to set in."

Indonesia's total Covid death toll passed 100,000 on Wednesday after it recorded 1,739 of the 10,245 fatalities registered worldwide -- taking the global toll past 4.25 million.

Tokyo on Thursday reported a new record number of cases at 5,042, just three days before the end of the Olympics, forcing the Japanese government to extend anti-virus restrictions to eight more departments.

Not happy to be here

In Australia, almost two-thirds of the 25 million population were in lockdown on Thursday.

A little more than a week after Melbourne's last lockdown ended, Victoria premier Daniel Andrews said he had "no choice" but to once again lock down the city and the rest of the state.

"None of us are happy to be here, none of us," he said, citing the danger posed by eight new "mystery" cases, the origins of which had yet to be traced.

Around 2,000 protesters took to the streets chanting "no more lockdown", with police making arrests and using pepper spray to disperse the crowd.

Protesters were out again in Paris too, as the country's top constitutional body approved President Emmanuel Macron's controversial health pass that will restrict access to bars, eateries and inter-city trains to those who have been jabbed or tested.

"All this undermines fundamental freedoms...Freedom is, first of all, the choice to be vaccinated or not," said Marie Jose Libeiro, 48.

"We are falling into an authoritarian state."

But the Constitutional Court said the restrictions, as well as compulsory vaccination for health workers, represented a "balanced trade-off" between public health concerns and personal freedom.

And in French-speaking Quebec, the government said it too will introduce a vaccine passport, the first in Canada, to counter the Delta variant.

"People who have made the effort to get their two doses should be able to live a semi-normal life," provincial premier Francois Legault told a press conference.

Living a life at all was at the heart of the message from the head of the African Union's health watchdog.

John Nkengasong revealed on Thursday that he was battling Covid-19 but had survived the worst thanks to his jabs, as he urged the continent to fight vaccine hesitancy.

Experts worry that reluctance to take the vaccine, stemming from public scepticism over foreign-procured jabs and fear of side effects, may prolong the pandemic among Africa's 1.3 billion people.

Africa also posted a new record with 6,400 deaths in the week to August 1, the continent's most in the pandemic, the World Health Organization said.

Nkengasong, the director of the Africa Centres for Disease Control, said he had contracted the infection last week despite being fully vaccinated.

"The severity of the attack is so unbearable.The headaches, fever," the Cameroonian virologist told an online press briefing.

But he added that without his jabs, "I wouldn't be here". 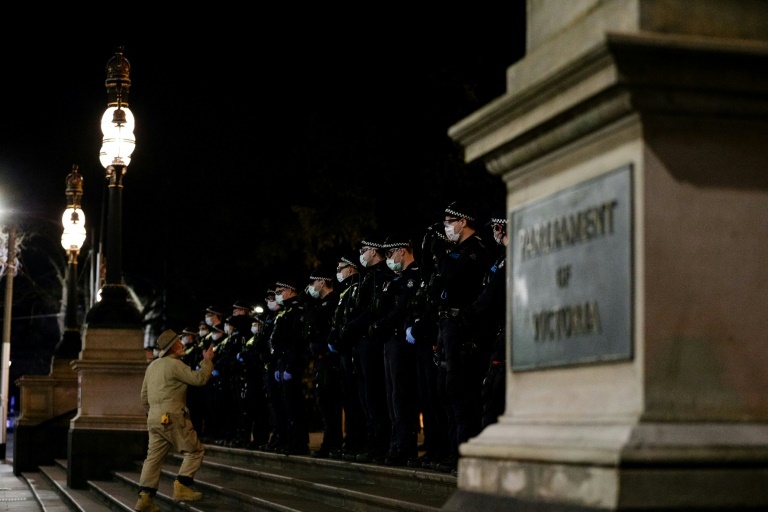 The country’s rate of new infections per million population at nearly 300 now dwarfs that of Indonesia or India, with…