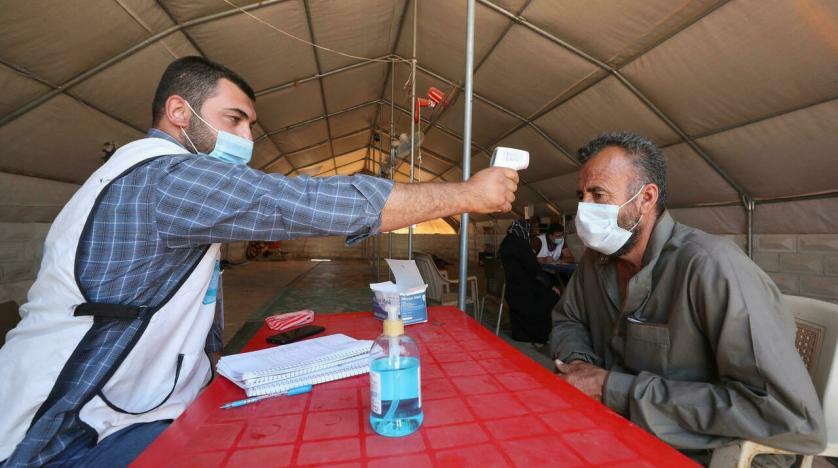 Cases of Covid-19 have increased alarmingly over the past month in Syria’s opposition-controlled northern region of Idlib, local authorities said Monday.

Although cases of the virus had stabilized earlier this year, sometimes numbering fewer than 100 per day, local officials told AFP contaminations have begun soaring again since mid-August.

On September 6, more than 1,500 new cases were recorded in one day across Idlib region, which borders Turkey and is home to more than three million people.

“We are witnessing a sudden and severe wave,” said Hossam Qara Mohammad, the doctor in charge of battling the pandemic for the ad-hoc local administration.

Mohammad, who works for the health directorate in the enclave dominated by the Hayat Tahrir al-Sham (HTS) extremist group, said the Delta variant accounted for the vast majority of new infections.

The spike in Covid numbers came roughly two weeks after Syrian refugees in Turkey were granted one-off permission to visit relatives in the Idlib enclave for the Eid al-Adha Muslim holiday a month ago.

Turkey holds considerable sway over the region and the factions that control it, including HTS, a group that includes former leaders of Al-Qaeda’s former Syria franchise.

A total of 877 deaths have been reported in the Idlib region since the start of the pandemic, but data collection and vaccination campaigns are hindered by a dire humanitarian situation and ongoing conflict.

Regime and allied forces have sporadically continued to shell targets in Idlib despite an internationally-brokered ceasefire that took effect last year.

In the latest instance of government attacks against medical facilities, a health center in the Idlib region’s village of Marayam was destroyed by shelling on September 8.

The UN’s top humanitarian official told the Security Council last month that only 58,000 people had been vaccinated in Idlib and called for campaigns to be ramped up.