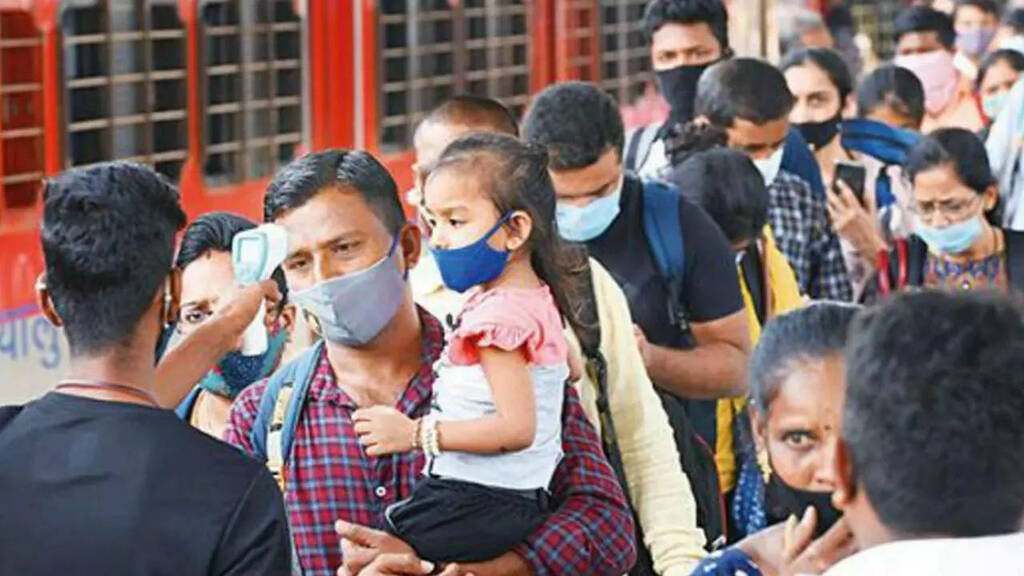 MUMBAI: The city’s Covid-19 tally dropped for the third continuous day to 13,648 on Monday, down from 19,474 and 20,318 on the two previous days, a reflection of the ‘Sunday effect’ as fewer tests were done over the weekend. The tally was 30% lower on Monday from the previous day.

The state’s tally dropped almost 25% in a 24-hour period, again due to fewer tests done on Sunday (diagnostic results are collated a day later). On Monday, Maharashtra registered 33,470 cases as against 44,388 the previous day.

‘Real cases may be 2 or 3 times reported numbers’

After five days of recording more than 1,000 hospitalisations, daily admissions dropped to 798 on Monday. Civic officials said that 21% of Covid beds were occupied.

Experts said the undercounting of cases due to wide use of home-testing kits is also responsible for the daily numbers not reflecting the city’s actual situation. “The real numbers could be twice or thrice the reported numbers,” a civic official admitted. Mumbai’s positivity rate of 23%, although a decline from 30% reported four days ago, is indicative of fewer tests being done.

The daily Covid tally on Monday, though lower than on many other days in this third Omicron wave, is still higher than the highest tally during the Delta wave (11,206) in April 2021. “We have to wait for the tally on Tuesday before drawing any conclusion,” said Dr Pandit. “We are seeing more hospitalisations, and while ICU admissions too have increased, the number of patients on ventilators is still low. This week is crucial in Mumbai,” he added. On Monday, 31 new cases of Omicron were reported from the state, taking the count of confirmed cases due to the variant to 1,247.

Union health minister Mansukh Mandviya had a review meeting with five states, including Maharashtra, that are reporting the highest cases. The state government informed the Centre that despite the large number of cases, health infrastructure is not under stress. “Of total patients in the state, only 3% require an ICU bed or oxygen supply.

The state has adequate infrastructure and occupancy is low,” said health minister Rajesh Tope. There are nearly 38,000 ICU beds in the state, and as on Monday, only 1,711 were occupied. Similarly, of the 1.34 lakh oxygen beds, only 5,400 were occupied. Tope also said that the peak of the third wave may be recorded by the end of the month.

The Centre has asked the states to increase testing and improve vaccination coverage. “We have directed the district collectors to take an aggressive stand from henceforth against unvaccinated people,” Tope said. He also said daily positivity of the state had crossed 25-30% and that is why there was a need to impose restrictions to slow down spread of the virus.

With the Centre’s new discharge policy kicking in on Monday, the number of people who were discharged from hospitals saw a steep increase, pushing up recovery rates. 29,671 people was discharged, including 27,214 from Mumbai.