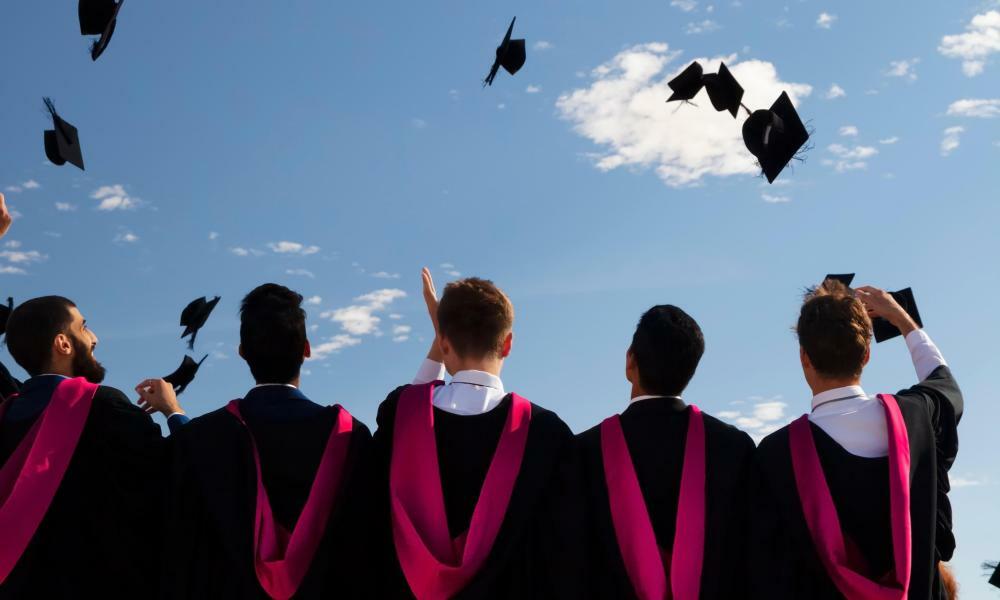 Too many first-class degrees awarded in England, regulator says
Minister calls for universities to restore pre-pandemic award levels by next year

WEKU
Commentary: Fair representation: More Black people needed in STEM today
In December 1773, a group of white men donned attire as Indigenous Americans to hide their identities, and to avoid…

First-class degrees have more than doubled in a decade as a watchdog has warned that Covid cannot be used as an excuse for “baked in” university grade inflation.

Data from the Office for Students (OfS) released on Thursday shows that more than half of the firsts awarded to students in 2021 cannot be explained when compared with students’ results a decade ago.

The OfS said this equates to nearly six in 10 first-class degrees being unexplained when factors such as students’ background, age and A-level results are taken into account and compared to the 2010/11 cohort.

However, watchdog chiefs warned that the trend has been a “real credibility issue for the sector for some time”, and that “the pandemic cannot be used as an excuse to allow a decade of unexplained grade inflation to be baked into the system”.

The OfS said it was aware of how universities had used “no detriment” policies to adapt their assessments to the pandemic, whereby testing was adapted so that no student would be academically disadvantaged because of the pandemic.

This approach typically ensured that students would be awarded a final grade no lower than the university’s most recent assessment of their attainment.

However, the OfS found that the rates of first-class honours had risen for all students since 2010/11, with a pre-pandemic report also finding that nearly half of the firsts awarded in 2018/19 were unexplained.

Following the publication of the report, the minister for higher education warned that the findings of “unjustifiable” grade inflation at universities “threaten to undermine the value of UK degrees”.

Susan Lapworth, interim chief executive at the OfS, said the report “starkly demonstrates the scale of increases in degree classifications in our universities and colleges”.

“Unmerited grade inflation is bad for students, graduates and employers, and damages the reputation of English higher education,” she said.

The report also found that the average rate of firsts for those entering with three Ds at A-level and below has increased more than fivefold, from 5.3 to 28.5 per cent.

Ms Lapworth added that it is “essential” that students, employers and graduates have “confidence that degrees represent an accurate assessment of achievement”.

She said the OfS would be publishing more details on how it will investigate grade inflation at institutions shortly.

The highest proportion of unexplained firsts handed out in 2020-21 was at the Royal Academy of Music, where 59.3 per cent of firsts were unexplained.

The Conservatoire for Dance and Drama, Leeds Conservatoire, New City College, and the University of Bradford were also among the top five highest number of unexplained firsts in the report.

The data on degree classes was based on 143 institutions, looking at the outcomes for 266,705 graduates.

Michelle Donelan, the minister for higher and further education, said: “Just as Ofqual has set out its approach to grading, with results expected to return to the usual grade profile by 2023 following a transition stage next year, it is important that universities do the same to restore pre-pandemic grading.

“Unjustifiable increases in the proportion of top degrees being awarded threaten to undermine the value of UK degrees.

“We expect the Office for Students to challenge registered providers with an excessive proportion of top degrees being awarded.”

Entry grades should not limit expectations

He added: “The Office for Students has rightly designed a regulatory system based on the principle that the grades a student enters university with should not limit expectations of what they can achieve, and this logic must also apply to degree classification.

InflationOFSCovid-19Office for Students
Sign up to read this article

Too many first-class degrees awarded in England, regulator says
Minister calls for universities to restore pre-pandemic award levels by next year

WEKU
Commentary: Fair representation: More Black people needed in STEM today
In December 1773, a group of white men donned attire as Indigenous Americans to hide their identities, and to avoid…