Covid announcement: When will Boris Johnson give another update? 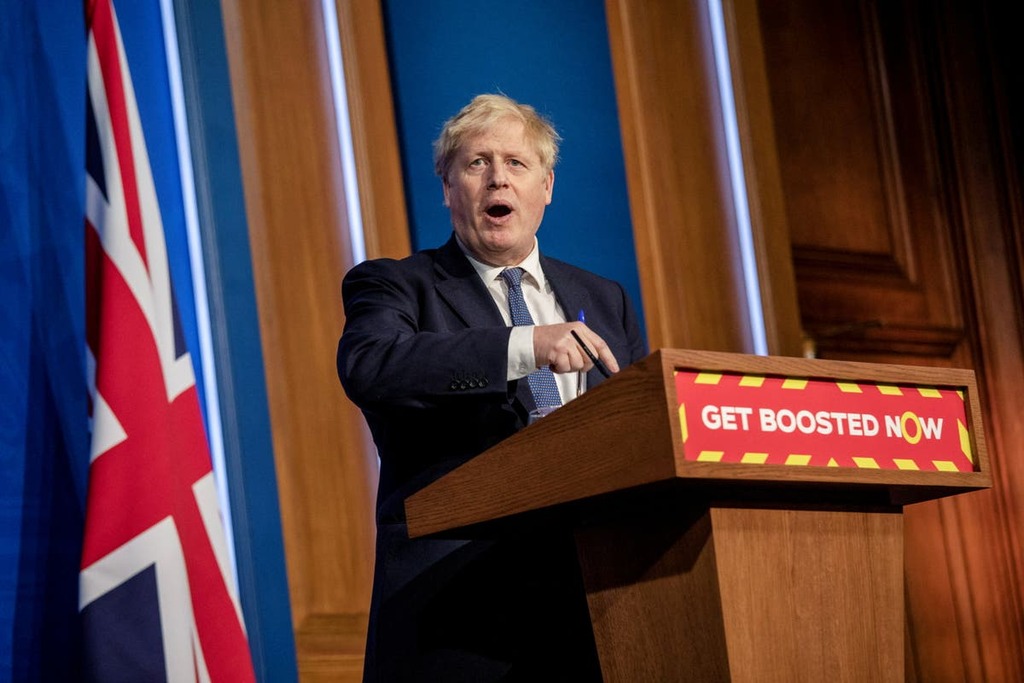 Boris Johnson has already been forced to introduce social restrictions to combat the new Omicron variant of the coronavirus and rocketing infection numbers in January could ultimately see him forced to tighten them still further.

The prime minister has already brought back mandatory mask-wearing on public transport and in shops, cinemas, theatres and places of worship, asked citizens to work from home where possible and made an NHS Covid Pass or negative lateral flow test a necessary requirement for entry to crowded venues and events involving mass gatherings.

However, Mr Johnson has so far stuck to his guns and refused to impose tighter restrictions in England for now despite the record-breaking rate of infection over the New Year, insisting on Monday 3 January that the current “Plan B” measures in place remained the “right” course of action, adding: “The way forward for the country as a whole is to continue with the path that we’re on.

“We’ll keep everything on the review course we keep all measures under review, but the mixture of things that we’re doing at the moment is I think, the right one.”

The PM reiterated his hope that Britain would be able to “ride out” the assault from Omicron without further measures in a press conference from Downing Street the following Tuesday evening.

But fears persist that more may yet need to be done to beat back Omicron, with government scientific advisers pushing for new restrictions as soon as possible to stop the spread and meeting opposition from senior Cabinet ministers reluctant to jeopardise the economy and impose further constraints on public freedom.

The prime minister is understood to be waiting for the high case numbers to begin to translate into a wave of mass hospitalisations before he makes a call on ordering a tighter clampdown, a stance that has seen him accused of “dithering” by opponents.

Mr Johnson and his governing party appear to prefer a pivot to a “living with Covid” strategy in the longer term but, in the here and now, no fewer than 24 NHS hospital trusts have reported suffering “critical incidents” of staff shortages, leading to non-urgent treatments having to be postponed to cope with the crisis.

The daily statistical update on the progress of the pandemic will take place this evening as usual and we can expect to hear more from Mr Johnson in the coming days as the national situation develops.

The precise characteristics of the Omicron strain of the virus are still not altogether clear at this early stage in its development, although it is feared it may soon usurp the Delta variant as the dominant strain of Covid-19 given its high transmissibility.

Mr Johnson warned the public in December that a “tidal wave” of infections could break on these shores unless people adhere to the current measures, exercise extreme caution and get their vaccine booster jab as a matter of urgency.

The rollout of third shots has accordingly been greatly expanded to include all over-18s to address the Omicron threat, placing further pressure on the NHS to administer them.

That move came in response to findings by the UK Health Security Agency concluding that two jabs do not offer strong protection against symptomatic infection from Omicron, with the current suite of vaccines less effective against it than they were against Delta.

However, that same analysis also concluded that those who had received a booster remained up to 70 per cent protected, underlining the importance of getting a third shot as soon as possible.

Just 61.7 per cent of British adults have had their booster injection so far, although demand is high so that figure should continue to climb rapidly as more people make an appointment and roll up their sleeves.