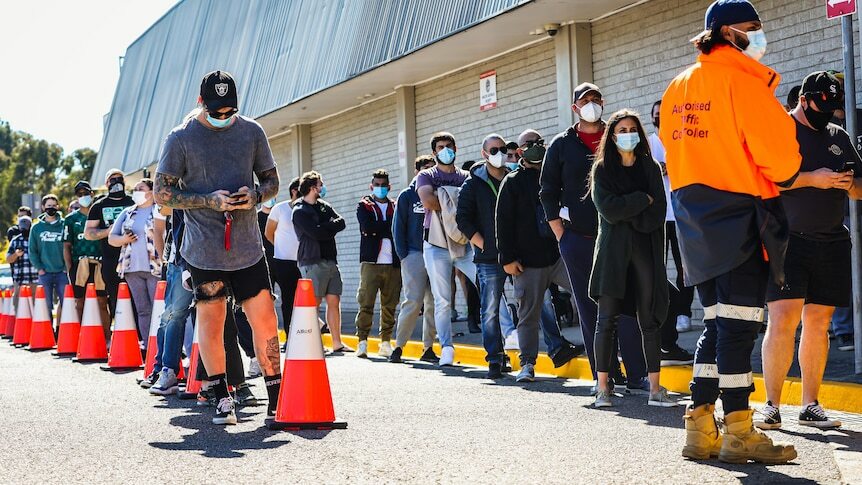 Australia has reached the "milestone" of 80 per cent of the population aged 16 and older having received a COVID-19 vaccine, according to the Health Minister.

The country's rocky start to the vaccine rollout has ended, as Australia rapidly climbs the global charts of first dose vaccination rates.

Health Minister Greg Hunt said 79.94 per cent of the eligible population had received a vaccine by the end of Monday, meaning just 13,000 people needed to receive a vaccine on Tuesday to reach the 80 per cent mark.

"As of about 10:30am [Tuesday] morning, Australia will have received the 80 per cent first dose vaccination rate," Mr Hunt said.

"That 80 per cent mark is a critical health measure, but it is also a milestone for people recovering their freedoms."

Mr Hunt urged Australians to continue to come forward to be vaccinated.

Among the states, the ACT and New South Wales lead on first doses, with 93.3 per cent of eligible Canberrans having received a first dose, and 88.5 per cent of the eligible NSW population.

Both are nearing the 70 per cent second dose target that will allow for lockdown restrictions to be eased.

Nationally, about 57 per cent of the population 16 and older is fully vaccinated.

Australia claws its way from bottom of vaccine rankings

Roughly 61 per cent of all Australians have received a COVID-19 vaccine, which places the nation about 50th when compared with global vaccination rates.

Australia is about equal with Hungary and Greece, and not far behind the United States, of which just over 63 per cent of the population has received a first jab.

The United Arab Emirates and Portugal are comfortably leading vaccination charts, with 92.4 per cent and 87.7 per cent of their entire populations having received a first jab.

But while Australia makes progress on first doses, the country still remains close to last among the OECD for total full vaccine coverage, reflecting the country's slow start off the blocks.